Taimur is 4 and FABULOUS!

On her son Taimur Ali Khan's fourth birthday on December 20, Kareena Kapoor Khan looked back at the time the controversy around his name started.

Soon after Kareena and Saif Ali Khan became parents in 2016 and announced his name, people started questioning the origins of the name on social media.

Taimur was the founder of the Timurid Empire in Persia and Central Asia and had invaded India in 1398.

'What happened about his name was just ghastly,' Kareena says.

'It was disgusting and I'll never forget it. It has obviously scarred me deeply as a person, as a mother. What I name my child, what I call him, is completely my discretion and of nobody else's concern."'

The movie star recalled an incident where a famous personality came to visit her and the baby at the hospital and then questioned her decision to go with the name.

'There was a famous personality, who had the gall to come there, on the pretext of visiting me and the baby, and in the conversation, say, "What's with you? Why would you name your son Taimur?" It hadn't even been eight hours since I delivered!

"I started crying. That person was then asked to leave. My journey with that started then, when I just made up my mind and said, "This is my son, I don't care what happens, as long as he's healthy, happy, we're happy, that's it. I don't want to know what people were trolling, what was happening".'

Kareena said she found it bizzare how people went back to '200-300 years in the history' and questioned the couple's choice.

'How do you know I named him like that? We named him for its meaning... somebody who's very strong... and the sound of it. It has nothing to do with anything that happened (in history).'

Despite the unnecessqary controversy, the toddler is an Internet sensation. 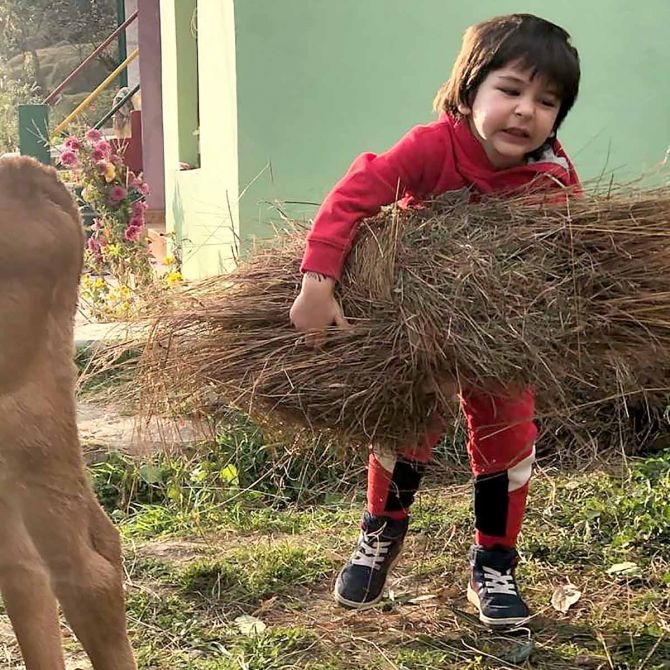 'My child... I’m happy at four you have such determination, dedication and focus on what you want to do... which is now picking up the haystack and feeding the cow... God bless you my hardworking boy...'

'But on the way, don't forget to taste the snow, pluck flowers, jump up and down, climb trees and of course eat all your cake... Chase your dreams and keep your chin up my boy... but above all else... do everything in your life that makes you smile. No one can or ever will love you more than your Amma Happy Birthday Son... My Tim.' 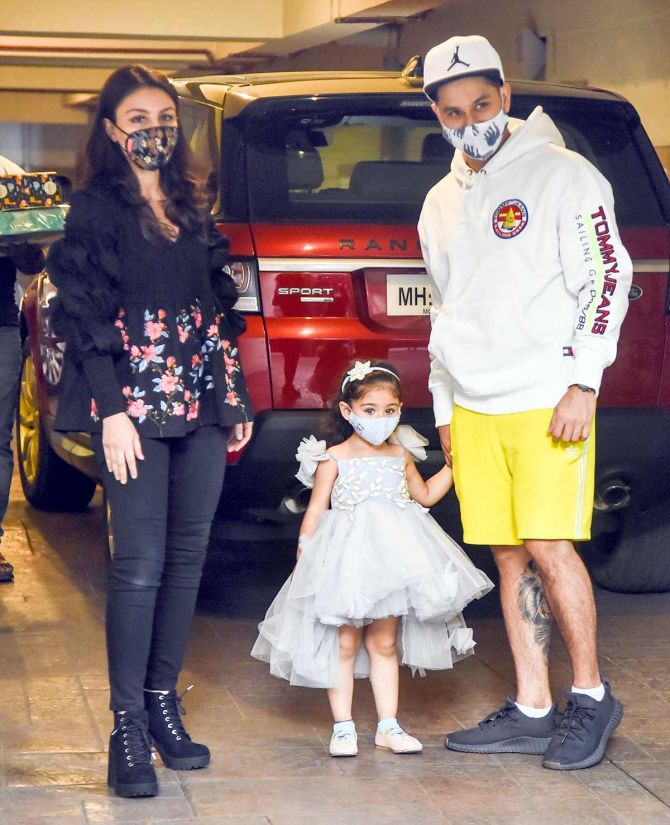 Earlier in the day, Soha shared a lovely picture with a message from Inaaya: 'Happy birthday Tim Tim My big brother - four today and for always'. Are Soha's presents getting sanitised before they are handed over to the birthday boy? 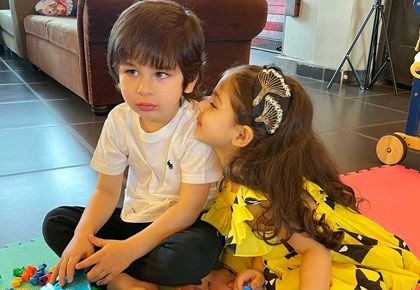 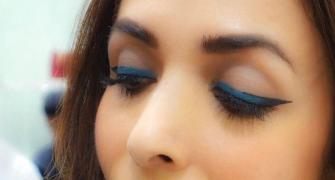 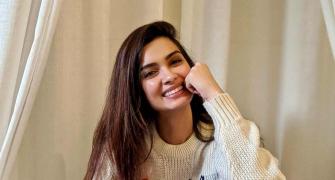 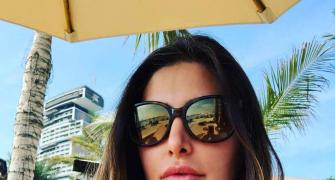