'Petta response is so overwhelming and awesome.. Thank you Thalaivar fans!' 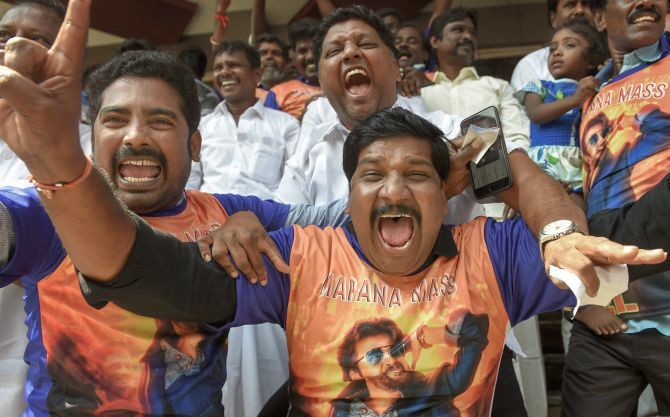 The much-awaited Rajinikanth starrer Petta hit screens worldwide amid much fanfare on Thursday, January 10, with two couples choosing the occasion to tie the knot and another piercing skin as part of special prayers for the movie's success.

Elated fans danced to drumbeats and poured milk on huge cuts-out of the 69-year-old actor outside theatres across Tamil Nadu.

Crackers were burst and cakes cut ahead of the release at a cinema hall in Salem district as early as 4 am. 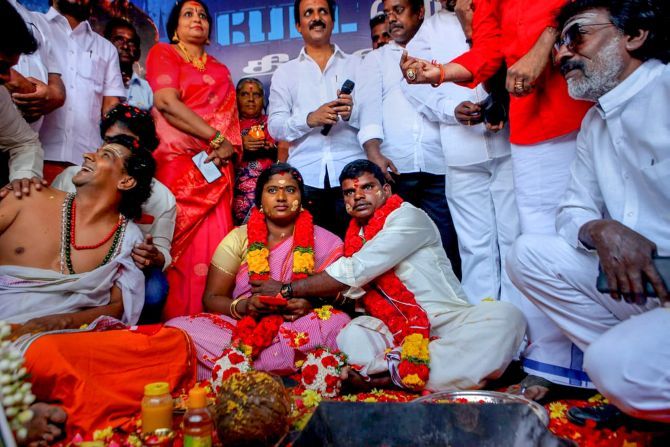 In Thanjavur, Jothiraman and his bride Usha Rani got married on the occasion.

"I have been a diehard fan of Rajinikanth from childhood.. Getting married on the day when his movie is released is a dream come true for me. I thank him," said Jothiraman.

Anbarasu, another fan, married his girlfriend Kamatchi at the Woodlands theatre in Chennai.

Taking the excitement a notch higher, a fan in Nagapattinam district pierced his skin with hooks and spikes to show his devotion for the actor. 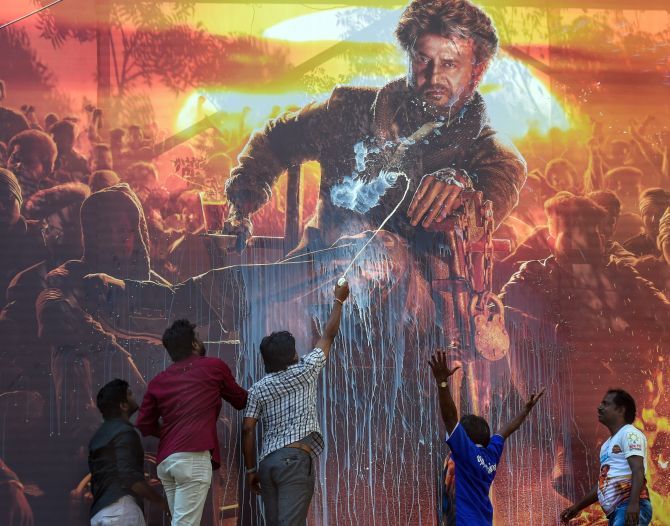 A fan club of the Tamil superstar in Mumbai organised special prayers for the movie's success.

A five-minute video of the members of the Maharashtra State Head Rajinikanth Welfare Association offering special prayers has gone viral.

Produced by Sun Pictures, Petta is directed by Karthik Subbaraj with music scored by Anirudh.

Petta, roughly translates as one's local stronghold in Tamil, released along with the Ajith-Nayanthara starrer Viswasam, directed by Siva.

Subburaj took to Twitter to express his gratitude to the fans following the 'overwhelming' response for the film: '#Petta response is so over-whelming and awesome.. Thank you Thalaivar fans.. Love you Thalaivaaa.. Thank you @sunpictures & whole team!!' the director tweeted. 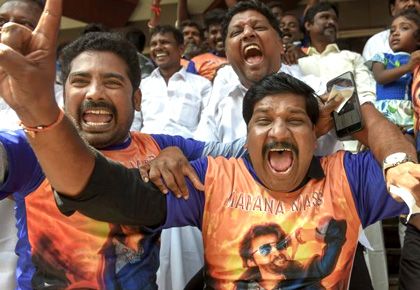 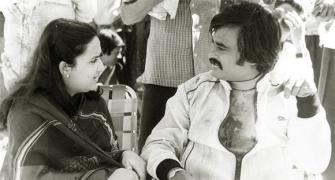 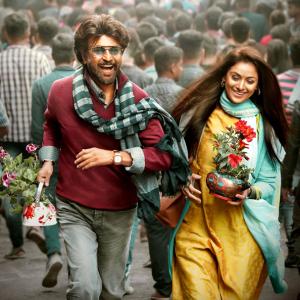 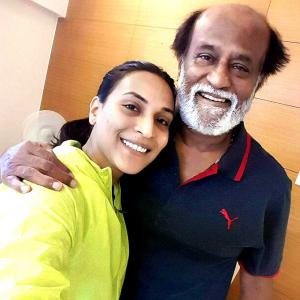