David Lynch, the Oscar-nominated, director of Mulholland Drive, Eraserhead, Dune, Wild at Heart and Lost Highway -- movies that have a cult following worldwide -- plans to raise $7 billion over the next several years to facilitate the teaching of Transcendental Meditation to American school children.

TM was founded by Maharishi Mahesh Yogi, guru to the Beatles and actress Mia Farrow among others. 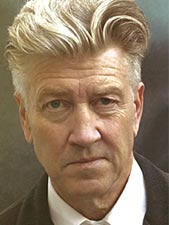 Raising the money, says Lynch, is no problem; it is easier than raising finance for a film. The estimated six million TM practitioners -- including Lynch, his partner and three children -- will chip in.

The $7 billion will go toward forming 'peace-creating super groups of 8,000 meditators each' across the globe, he says.

The director (who has also produced the acclaimed Blue Velvet, The Elephant Man and the popular American television programme Twin Peaks) and his TM associates have set apart $200,000 for after-school TM programmes in eight US cities, including New York. It is aimed at students ranging from 10 to 25 years in age.

Lynch, 59, plans to tour North America over the next year, visiting schools and universities to espouse the educational purposes of TM.

Having benefited from TM over the decades, Lynch has been thinking for many years of getting younger children to start on meditation, says Foundation spokesperson Robert Roth. "What TM has given him is the clarity of mind and creativity to present the world as he sees it, even if it is very dark."

The David Lynch Foundation for Consciousness Based Education and World Peace will be an independent entity, which will work with meditators associated with the Maharishi. It will first focus on children in North America, before moving on to Europe and even India.

Lynch turned to TM or has been 'diving within' for 30 years now courtesy the Transcendental Meditation method pioneered by Maharishi Mahesh Yogi. The mind is a beautiful place but it can also be pitch dark, Lynch said not too long ago. 'Sometimes ideas come to my mind that make me crazy,' he confessed. Going to a psychiatrist only leads to the reopening of emotional scars and wounds. 'So it is a double whack,' he says in the book Lynch on Lynch. Meditation, on the other hand, 'eventually clears those stresses and terrible things.' In TM, he said, 'the twisted stress becomes like water in the sun on a hot pavement. It just evaporates.'

Lynch is aware of the controversies in many schools about teaching yoga, with some parents, educators and children claiming that its Hindu roots threaten their Christian beliefs.

Among the critics is Barry Markovsky, a sociologist at the University of South Carolina, who has been studying the Maharishi movement and Transcendental Meditation for many years. 'I am really, really sceptical about what they are trying to do and their motives for trying to do it,' he told a newspaper recently.

Markovsky does not question the premise that students can benefit from quiet time and meditating, but that's not exclusive to TM, he argues. He also says some of the TM claims, especially that group meditation promotes world peace, are just 'hokey.'

'The way they defend that research is what makes me so sceptical,' he said. 'I don't necessarily think they have the best interests of children in mind so much as trying to, basically, spread the word of the Maharishi's teaching.'

He said the TM movement has many religious qualities, and courts could limit its use in school systems.

But Robert Roth told rediff India Abroad that Lynch will promote TM as a physiological phenomenon that will go beyond reducing anxiety and emotional disorder in children and help reduce violence in schools and homes.

The Foundation's board of advisors includes physicians, teachers and businessmen. Among them is Ramani Ayer, chairman and CEO, Hartford Financial Services, the eighth largest in the US, with revenues of over $6.3 billion. Ayer is also the founder of a national scholarship program to fund the TM program in education.

'I believe in love not fundamentalism'