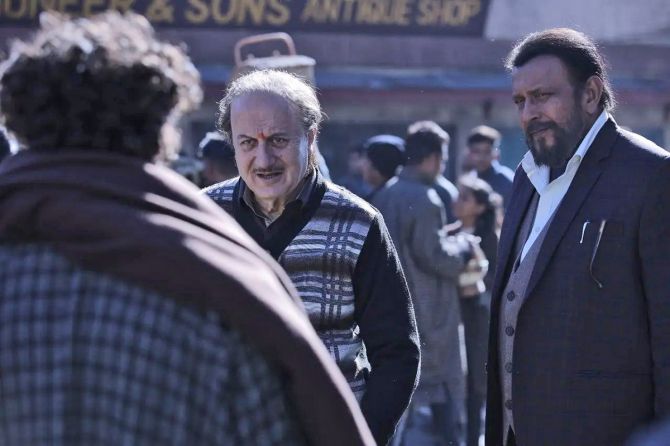 IMAGE: Anupam Kher and Mithun Chakraborty in The Kashmir Files.

The controversial The Kashmir Files has been banned in Singapore for what the local censor board, The Infocomm Media Development Authority, described as 'its provocative and one-sided portrayal of Muslims and the depictions of Hindus being persecuted in the ongoing conflict in Kashmir.'

'These representations have the potential to cause enmity between different communities and disrupt social cohesion and religious harmony in Singapore's multi-racial and multi-religious society,' the authority added.

"What's there to say? Singapore is known for banning all kind of films," Director Vivek Agnihotri tells Subhash K Jha.

"It's the most ban-friendly country in the world as far as cinema is concerned. They even ban films on LGBTQ issues," he adds. "Even Badhai Do, an LGBTQ film, wasn't allowed to release there."

Vivek has no intentions of challenging the ban. "That The Kashmir Files has long legs has already been proven resoundingly. Efforts to muzzle it won't work." 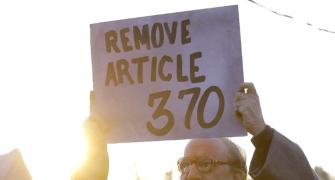 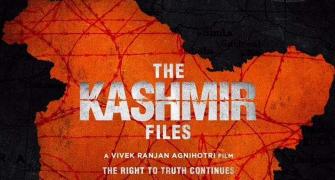 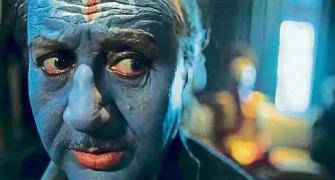 A spoilsport in a time of genocide remembrance 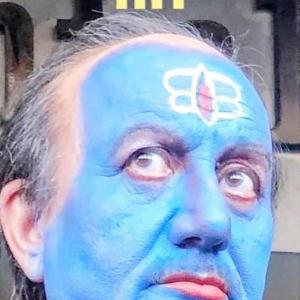 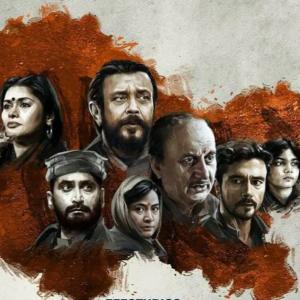