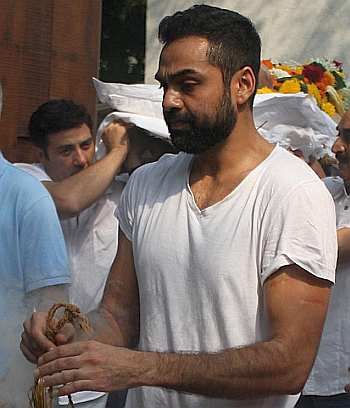 It was a sad day for the Deols, as they mourned the loss of a family member.

Dharmendra's younger brother Ajit Singh Deol succumbed to an illness in a Mumbai hospital on October 23. A former Punjabi actor, he is father to Abhay Deol and uncle to Sunny and Bobby Deol.

The funeral was held on Saturday morning in Mumbai. 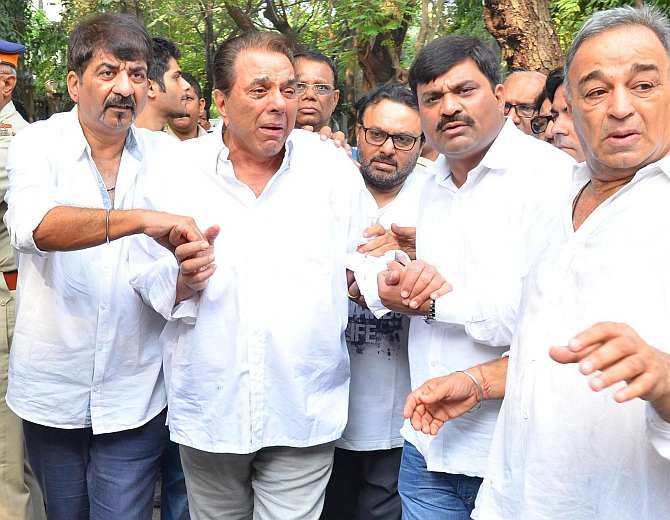 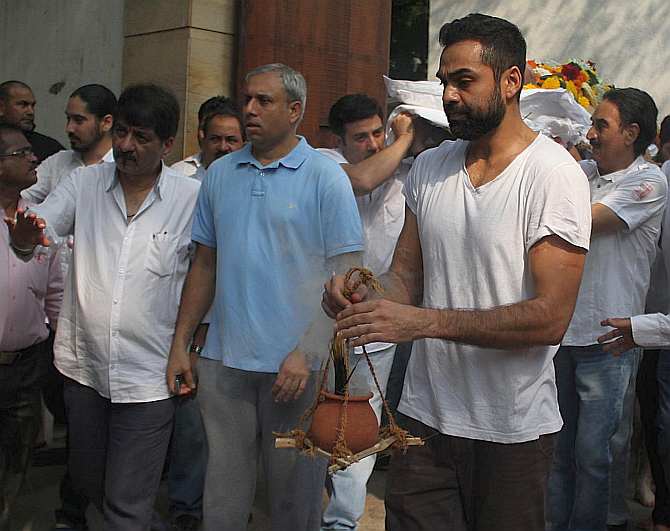 Cousin Sunny Deol, seen behind, is one of the pallbearers.

Dharmendra, Sunny and Abhay were reportedly at Ajit Singh's bedside during his last moments. 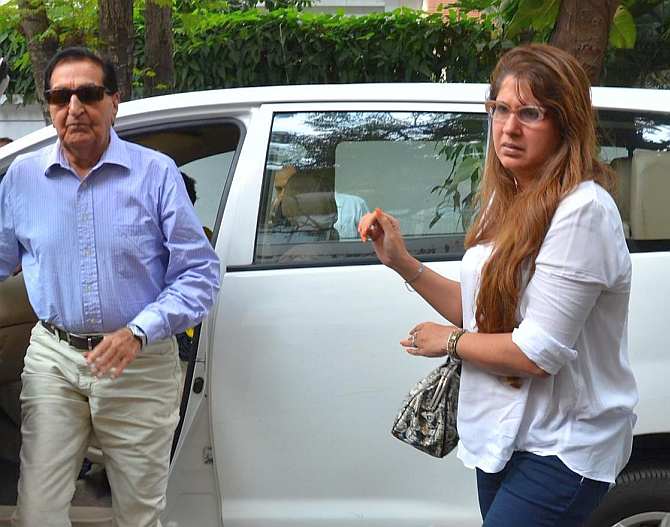 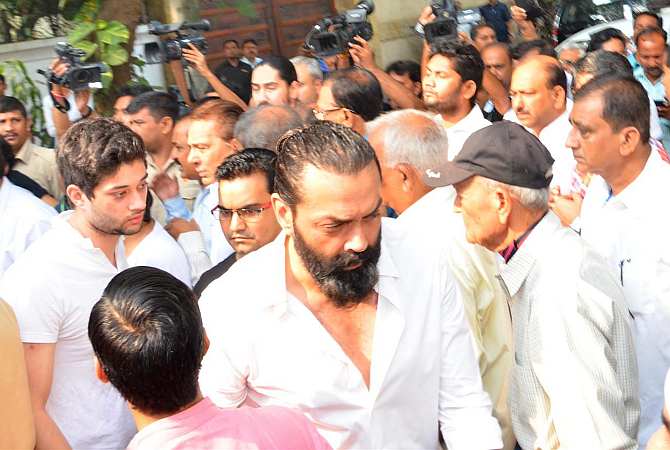 Bobby Deol stands out amidst a sea of mourners, media and fans. 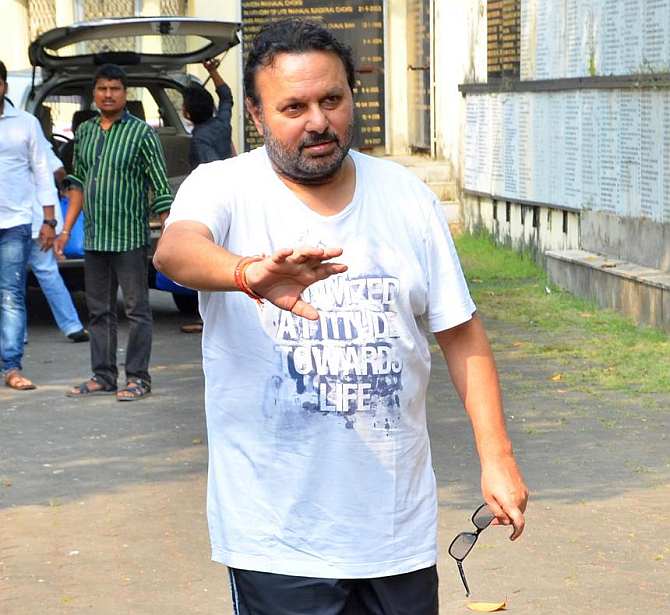 Director Anil Sharma has been a close member of the Deol family.

He has directed films like Apne, The Hero: Love Story Of A Spy and Gadar: Ek Prem Katha. 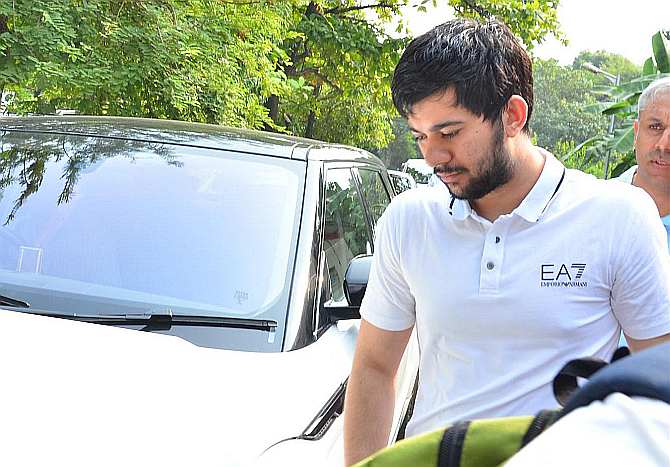 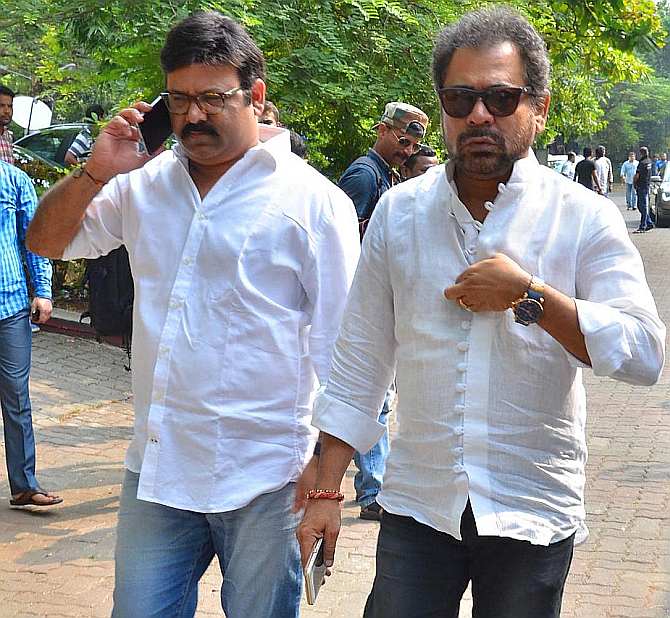 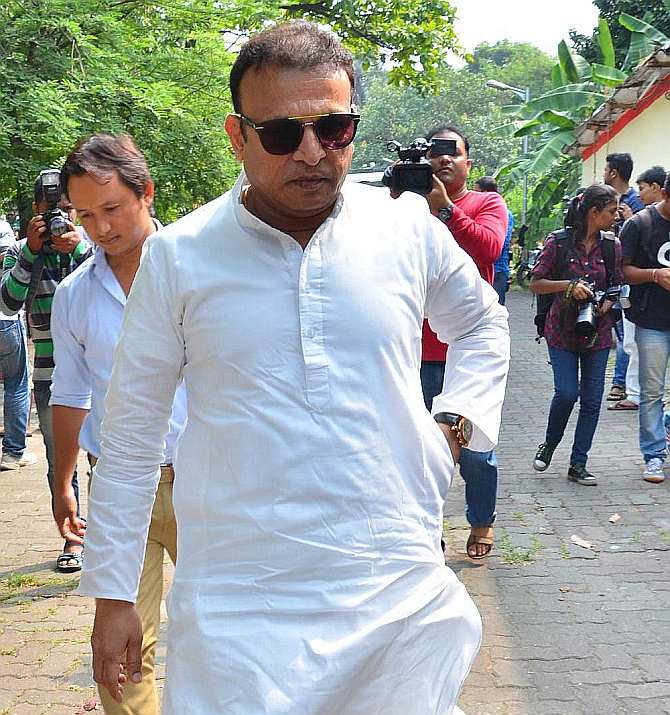 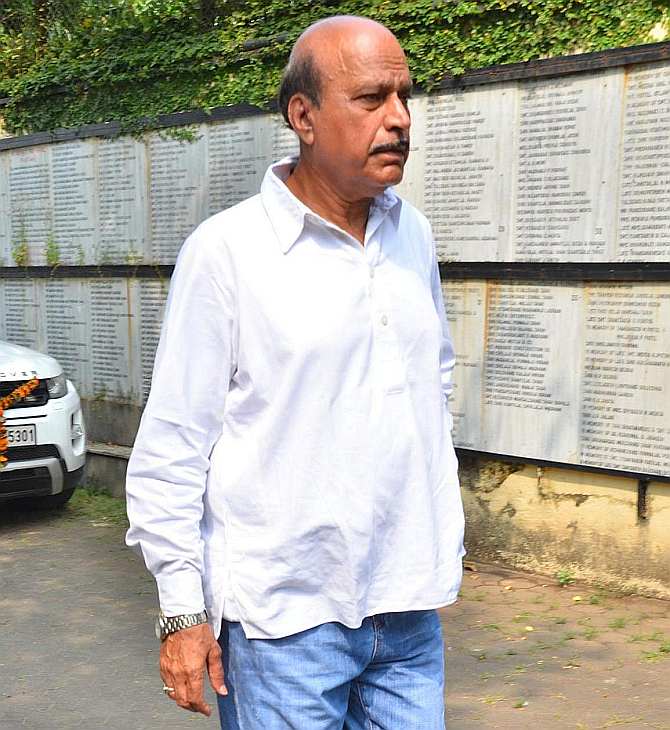 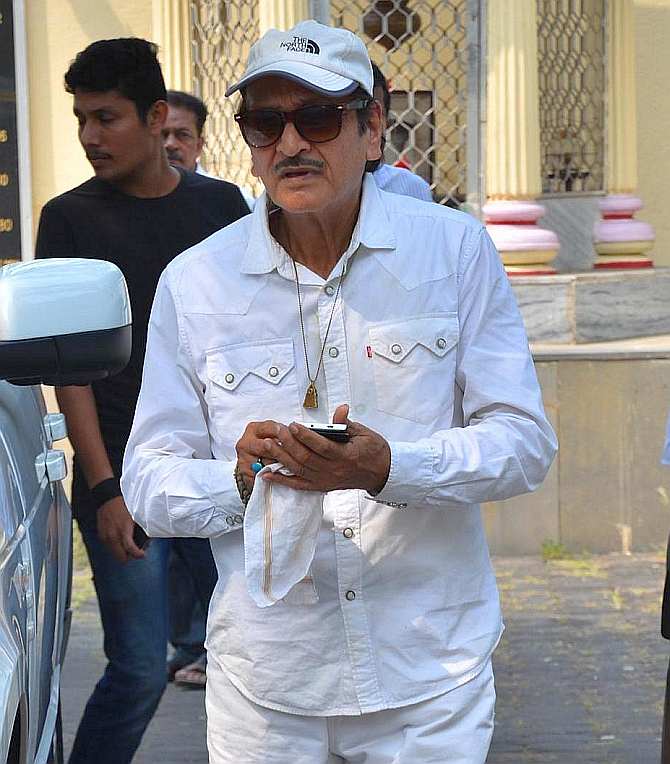