Are you ready for Mowgli?

It was a rare sight to see two centres of film-making -- Hollywood and Bollywood -- share the same stage to talk about Netflix's Mowgli: The Legend of the Jungle, Andy Serkis's take on Rudyard Kipling's classic story about a man cub raised by wolves in the jungles of India.

It was interesting to see talents from two industries mingle over a story, written by a British writer, who was born in colonial India. The tale itself follows a boy caught up between two different worlds -- mankind and animal kind.

Mowgli: The Legend of the Jungle will stream on Netflix from December 7.

Hitesh Harisinghani/Rediff.com brings us scenes from the world premiere: 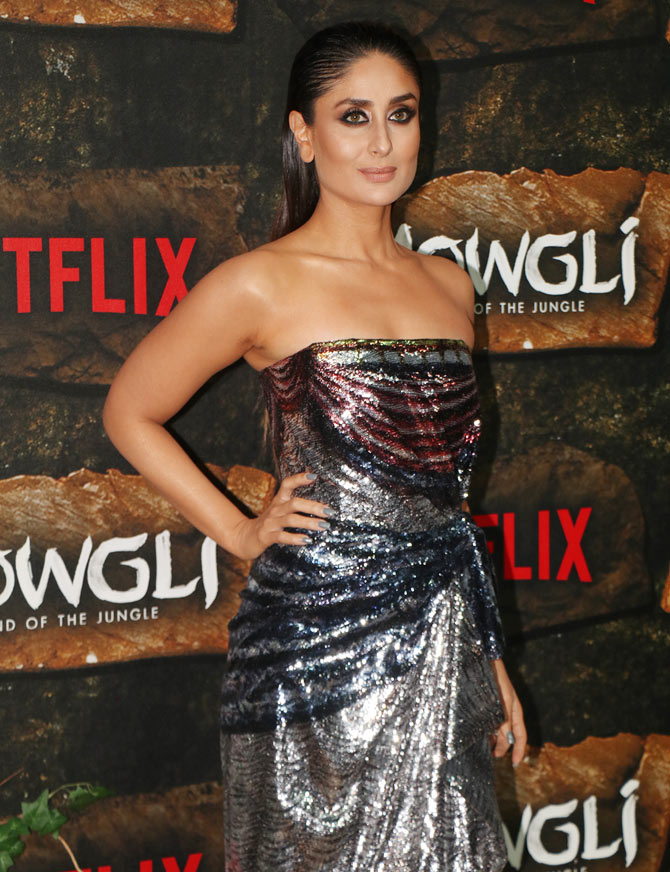 Kareena Kapoor Khan lends her voice to the film; she plays Kaa. 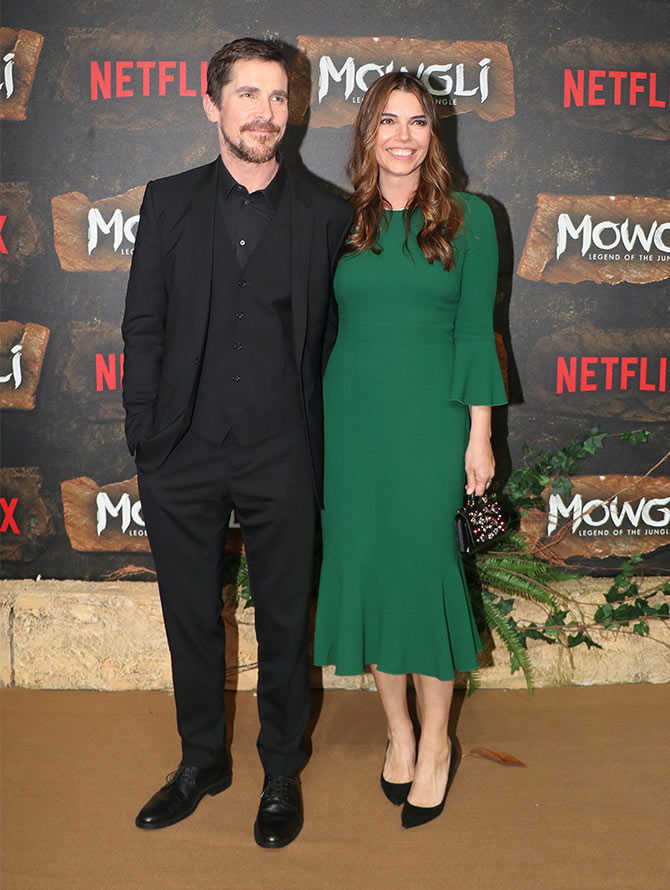 Christian Bale traveled to Mumbai with his missus Sibi Blazic.

Bale, who has voiced Bagheera, an elder brother-mentor to Mowgli, said it was important to present the film in India.

The actor said he found a lot of similarities between the three central characters -- Mowgli, Bagheera and film's antagonist Shere Khan.

But Bagheera, despite being caged by humans, does not hate the man cub and forms an emotional bond with him. 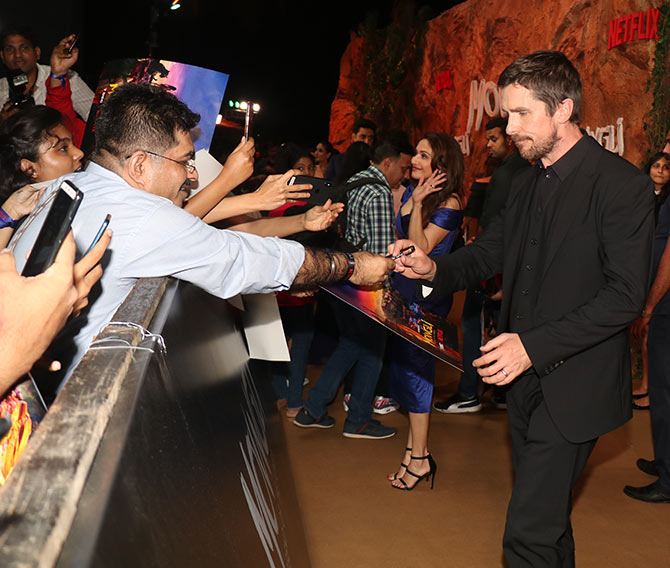 Bagheera is also the only character, who understands how Mowgli is torn about his identity.

Serkis is ahead of the pack when it comes to performance capture and Bale said he would often turn to his director to understand the nuances of the technology.

"He (Serkis) has always been a phenomenal actor. He has really mastered this whole performance capture thing... He would guide me on that," Bale said.

"Nobody wanted to cross Bagheera's path, except Mowgli," Christian Bale tells us in this video. 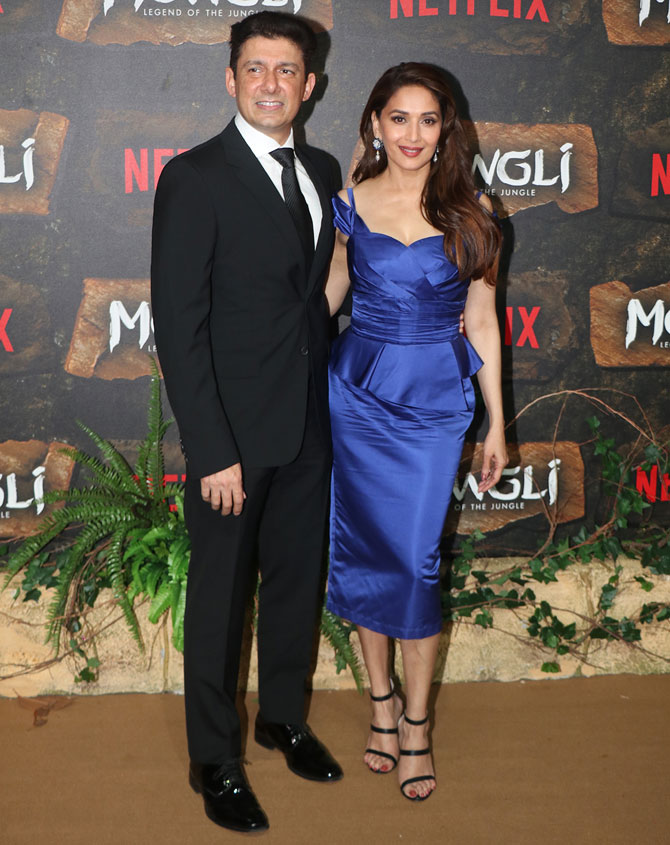 She described the character as 'ferocious' and said Nisha is really protective of the man cub who she adopts as her own despite the difference. 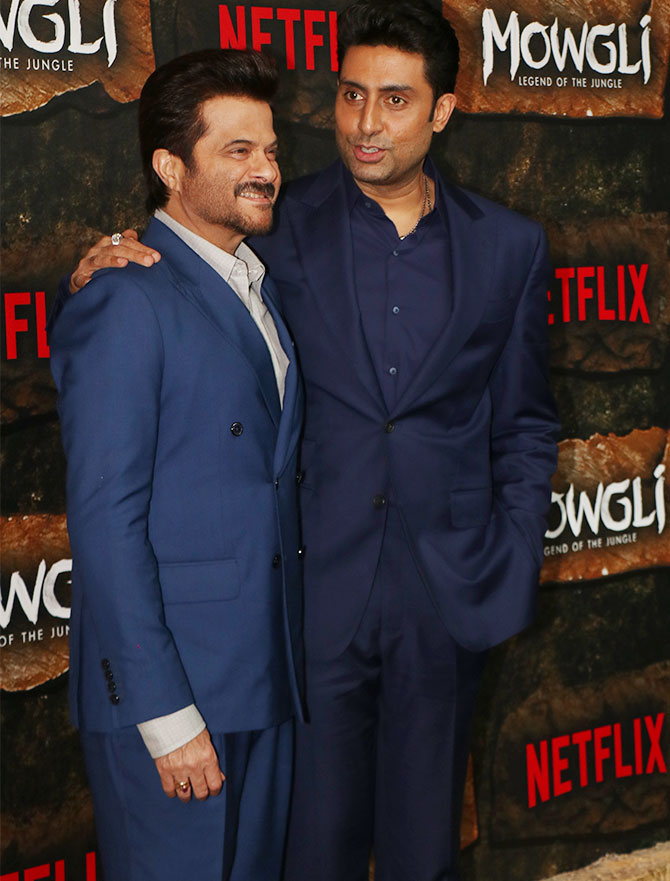 Abhishek Bachchan, who has voiced Bagheera for the Hindi version, said it was challenging to fit Hindi into English lines as both languages are different in tone and to Indianise it was difficult.

He credited Bale's brilliant performance for helping him understand the tone of the character.

Anil Kapoor, who dubbed the beloved bear Baloo for the Hindi version, said it was the voice of Serkis that guided him in the moments of doubt.

"Whenever I would get stuck, I would listen to Andy's voice over and over again, and try to figure out what emotion he was going for, what he was thinking," Anil said. 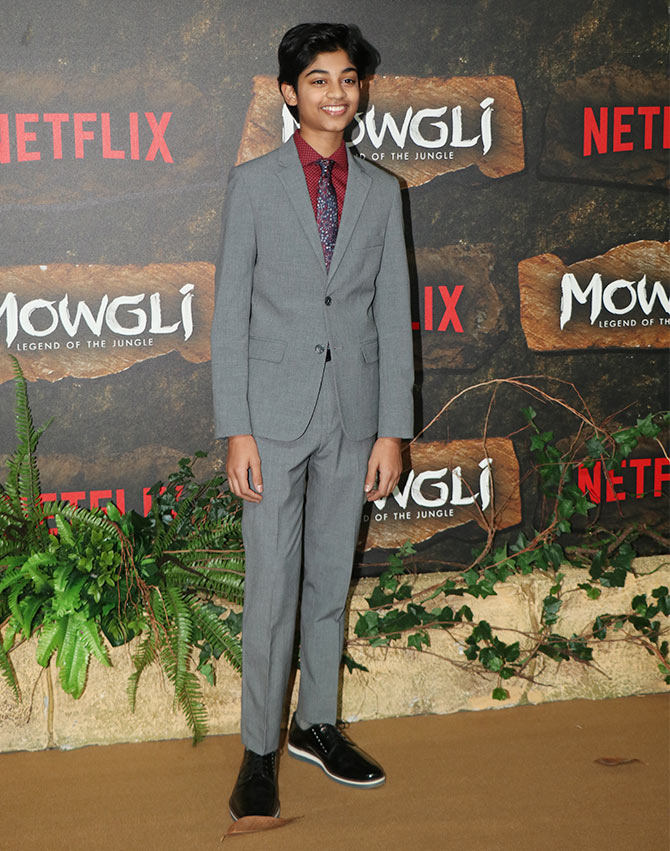 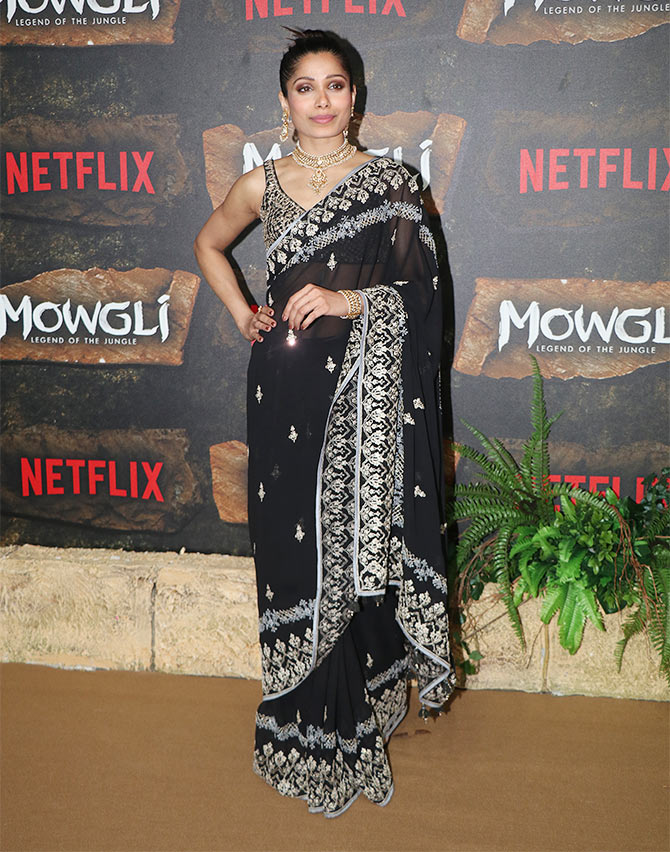 Freida Pinto has dubbed for both the versions of her character -- she plays Messua, Mowgli's human adoptive mother in the film.

"The most beautiful part about Mowgli is that it is an ode to India. I remember Andy telling me before I left for South Africa that he wanted me to do my parts in Hindi," Freida said, adding that she loved the fact that she got to enjoy a version of Holi and sing a beautiful Hindi lullaby, written and composed by Briton Indian musician Nitin Sawhney.

"All of these beautiful things I associate with India came to life in that movie," said Freida who first worked with Serkis on Rise of the Planet of the Apes.

Frieda discusses her association with India, which came alive with Mowgli, in this video. 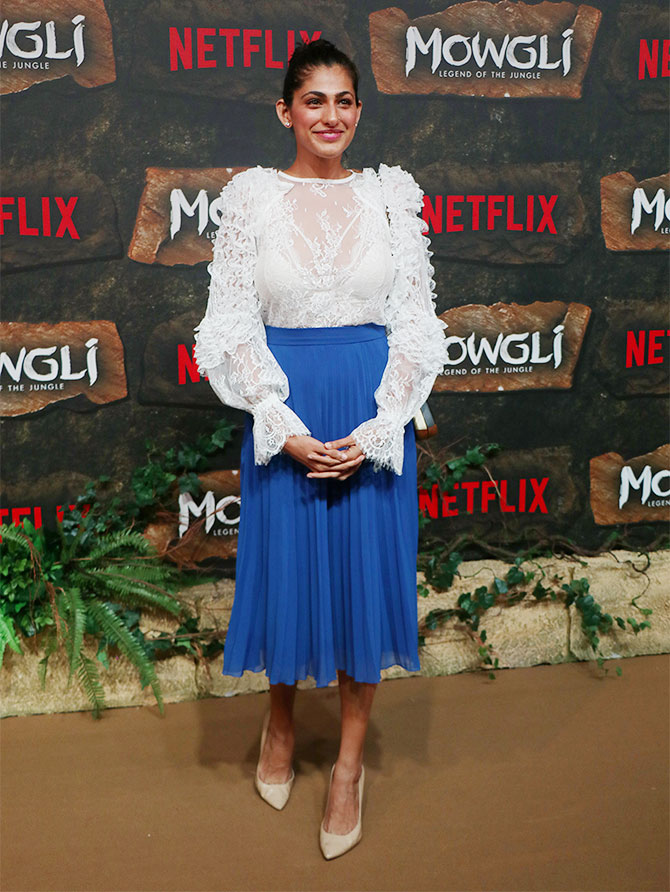 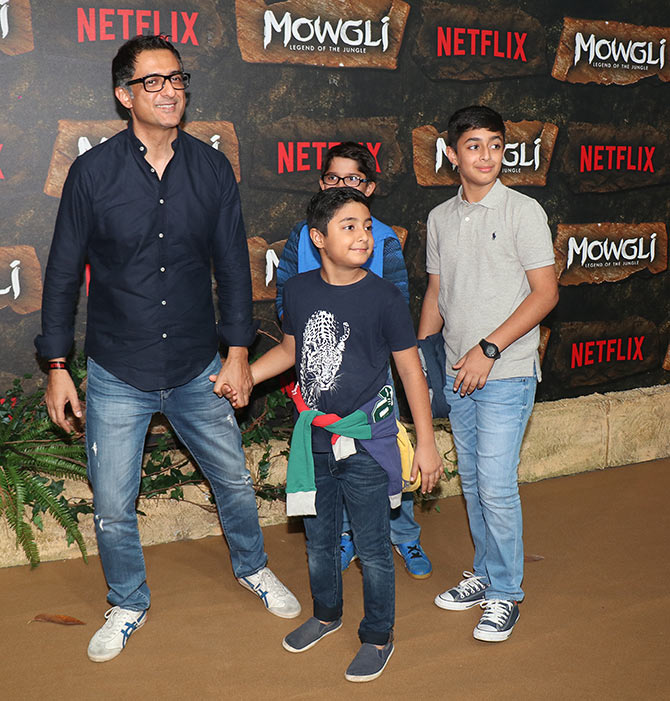 Sanjay Suri attends the premiere with his little guests. 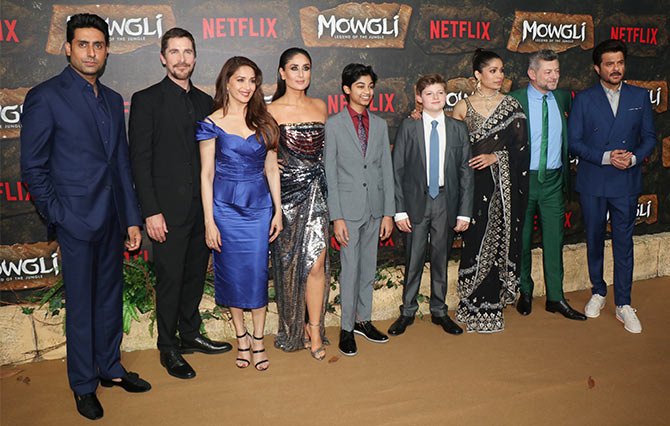 Say hello to the Mowgli team. 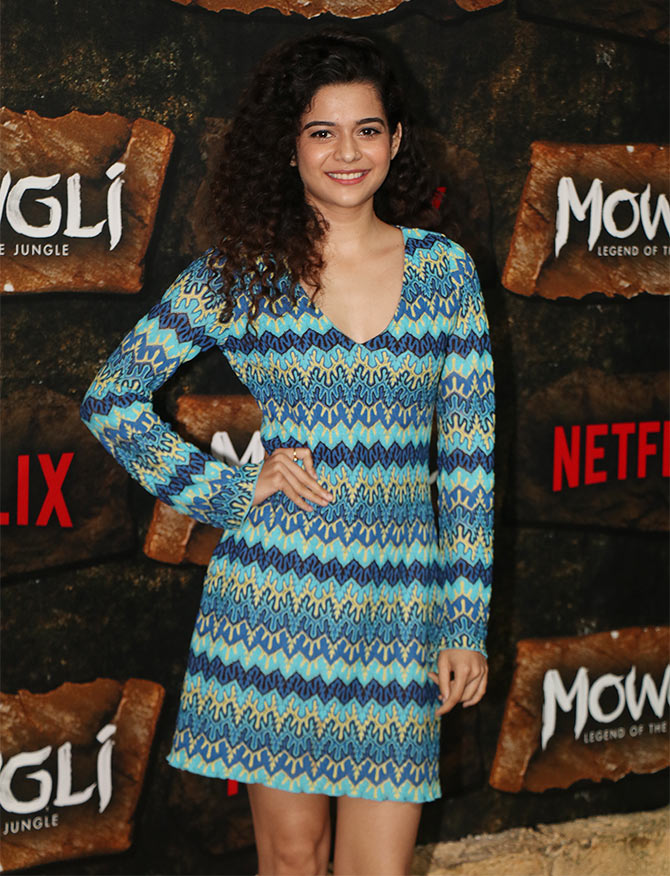 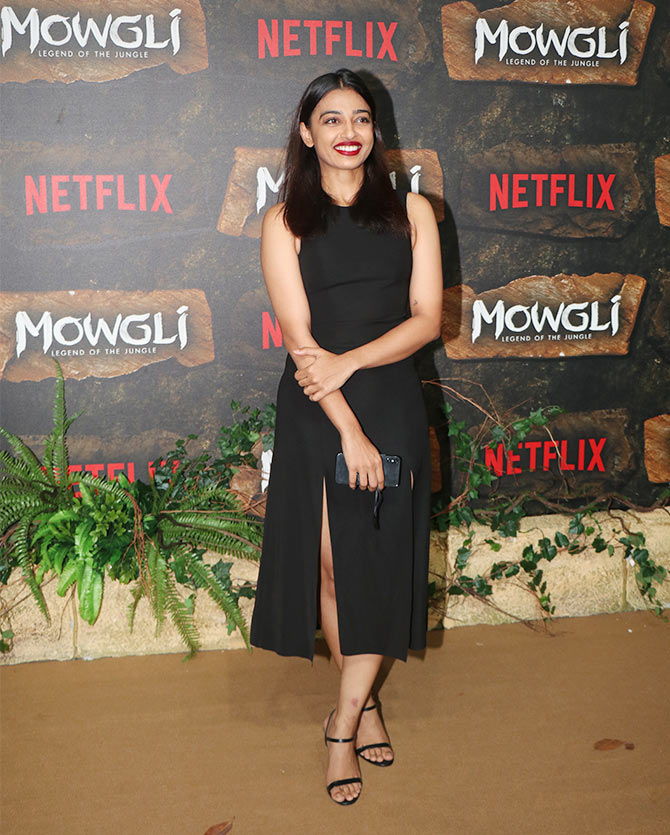 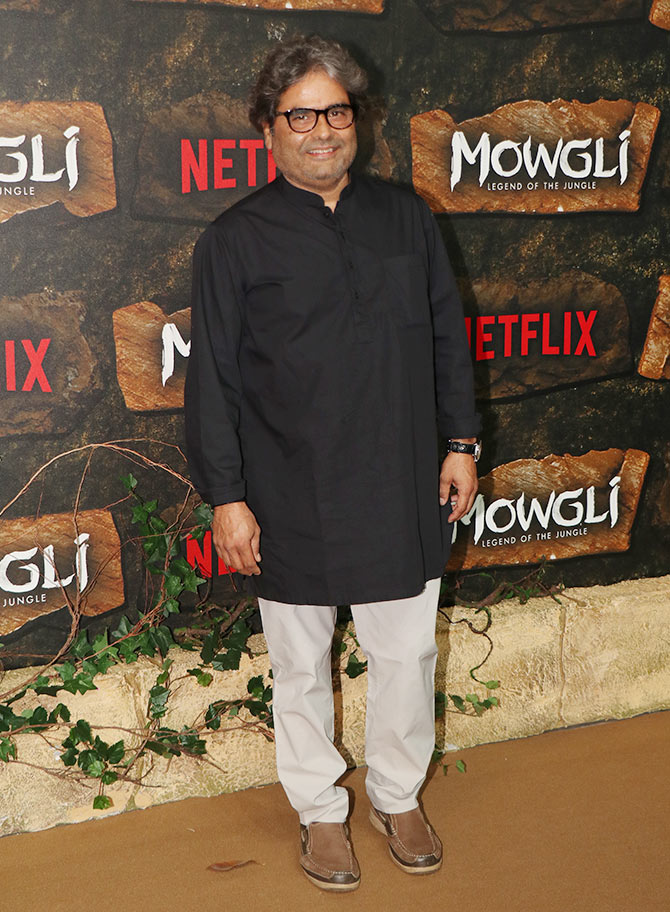 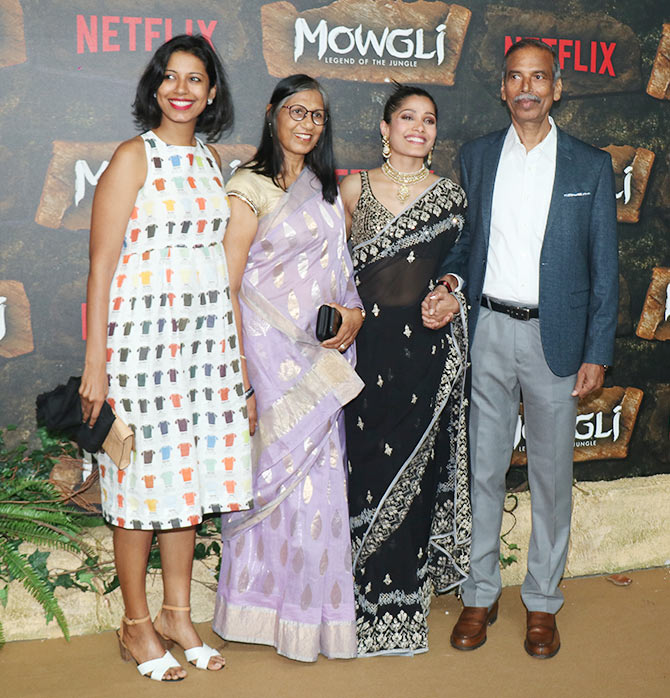 Meet the Pintos: Frieda arrives with her parents Sylvia and Frederick and sister Sharon. 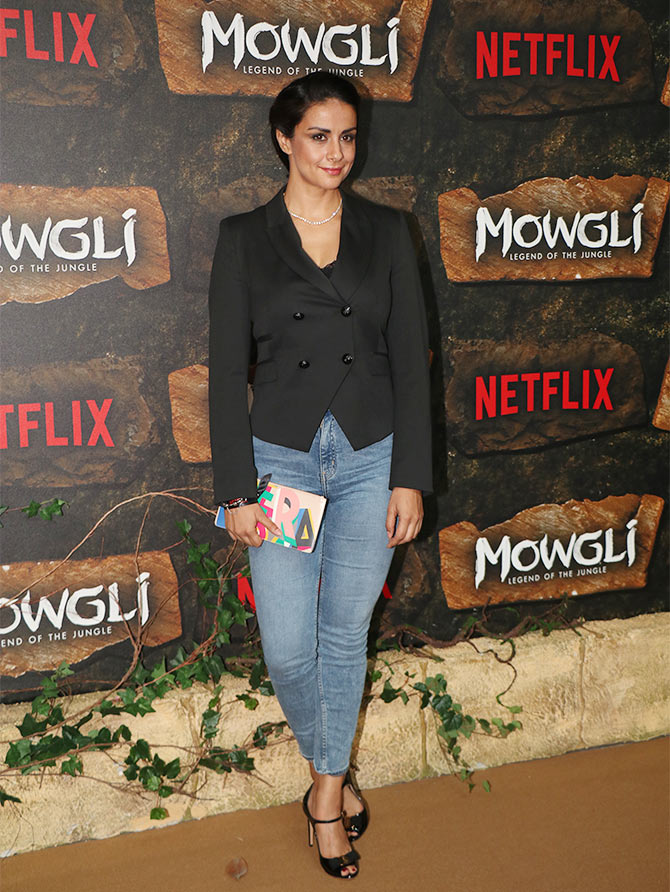 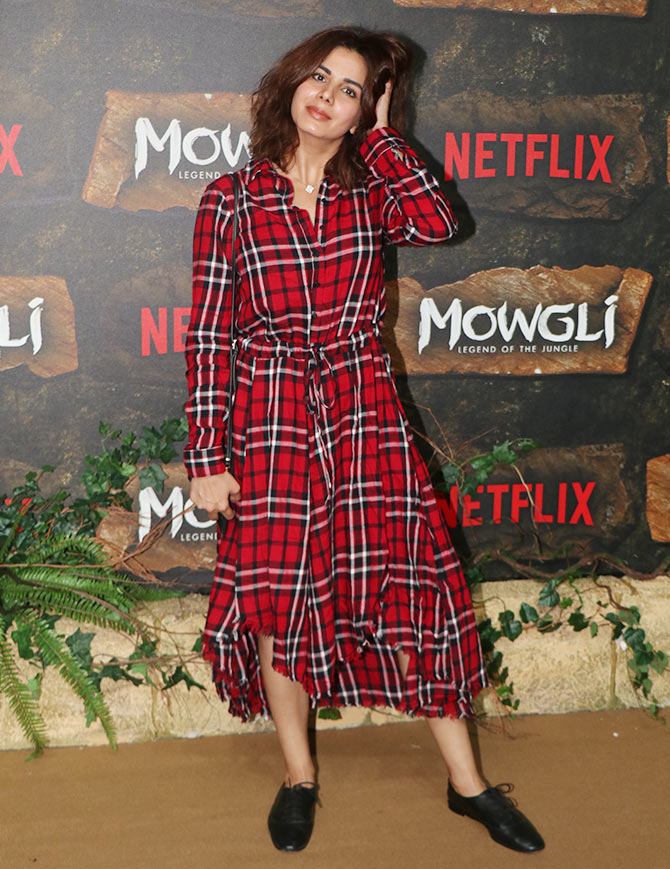 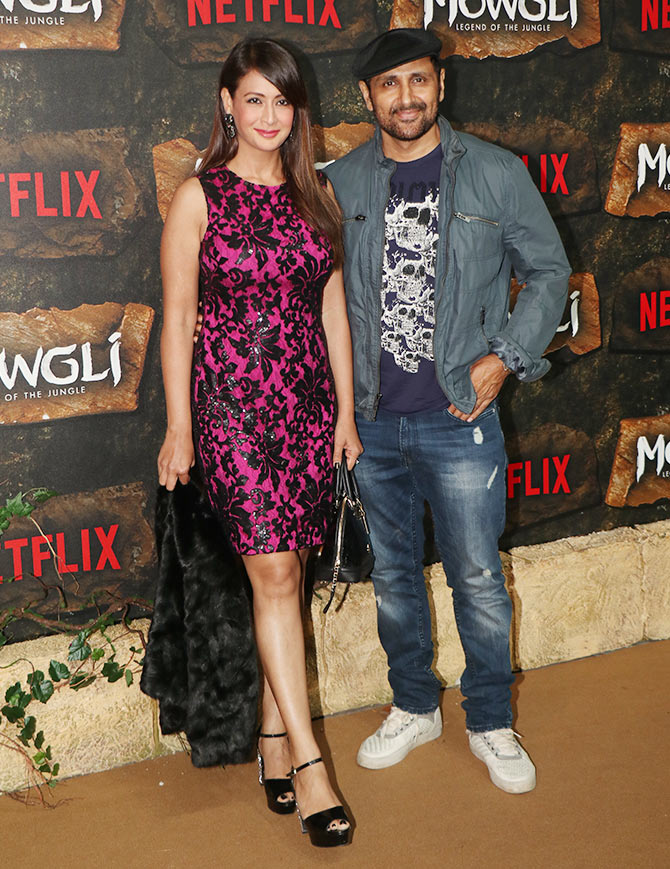 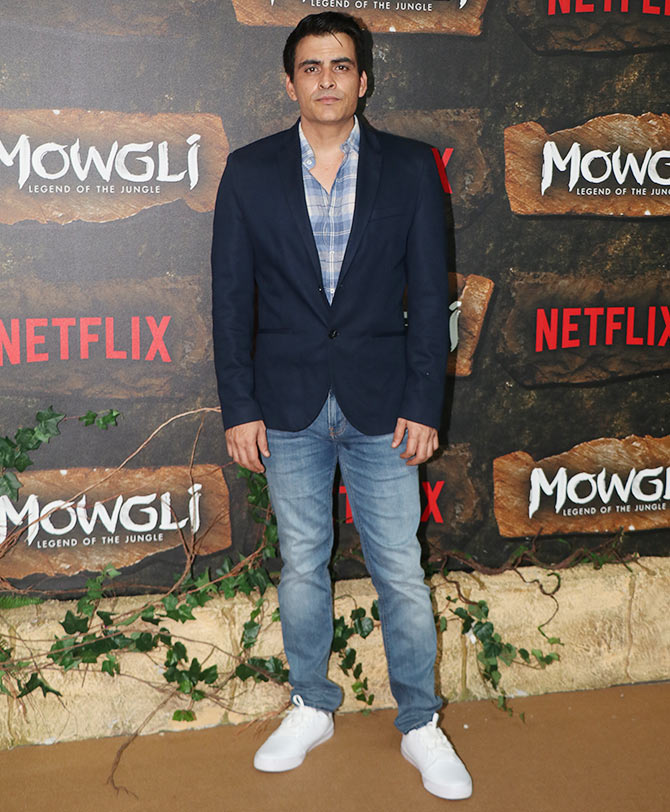 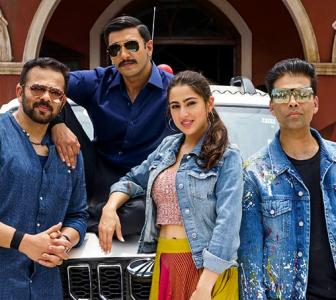 Is this Rajkummar's look in Made in China? Review: Tigers is too taken by its own courage