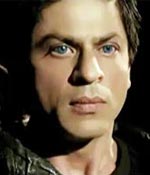 With an investment of Rs 100 crore, Shah Rukh Khan is not sparing any effort in making his home production Ra.One as slick as any Hollywood sci-fi film. In his attempt to get 'an international feel,' the actor has hired a clutch of foreign technicians for the film. Of course, Ra.One will be released in international markets as well.

"What the Western viewers see as a sci-fi film is very different from what we have seen back home. If people are going to compare my film with a Hollywood product, then I have to deliver something state-of-art," says Khan. "I am taking no chances and have gathered the best crew to work on the film."

The pick of Ra.One's international crew is Oscar-winner Hans Zimmer, who will do the background score. It was director Anubhav Sinha who apparently suggested the name of the music director of films such as The Dark Knight, Lion King and recent blockbuster Inception, and arranged a meeting between Khan and Zimmer. In the past, Zimmer has refused many Bollywood offers but he made an exception for Ra.One.

With more Bollywood films using special effects, visual effects and live sounds during production, the trend of hiring technicians from abroad has gathered pace in the last couple of years. While five years ago a Bollywood film might have had a couple of foreign technicians, this number has now gone up to five. Filmmakers are now comfortable using foreign talent for set designing, cinematography, visual effects, editing and music, though this depends largely on the film's script and director's discretion. 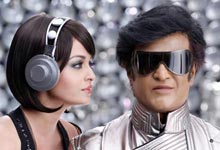 "Fewer movies are being made in Europe, UK and even the US. That means less work for technicians and a drop in employment from UK and US post-production houses. Technicians are more willing to work on film projects in India for a stipulated timeframe," says Bharati Daga, the COO of production house K Sera Sera.

This explains the supply side of the economics of hiring foreign technicians. There is equally forceful logic at work on the demand side.

As markets outside India become critical for a film's success, Indian producers are betting on foreign talent in the production stage to package their films better. The Indian film industry saw its revenues fall 20 per cent from $2.3 billion in 2008 to $1.85 billion in 2010, according to KPMG's latest report on India's media and entertainment sector. Two foreign technicians fill in key gaps in skills.

Says director Vikram Bhatt who is making Haunted, India's first stereoscopic 3D film: "I had to hire international technicians and crew as Haunted uses the latest digital 3D cinematography and projection techniques seen in Avatar. There was no director or cinematographer in India who had done stereoscopic work."

While Bhatt agrees that having a foreign crew means a 30 to 45 per cent increase in the film's budget, he emphasises, "in my project, the style was new, the technology was new. We had to acquaint ourselves with the technology, learn it, adapt to it."

"A 30 to 40 per cent increase in remuneration is an accepted fact while hiring a foreign cinematographer or director of photography, musician or technical experts. But in return, Indian film producers get international expertise that helps in improving the film's reach in markets abroad," explains Sarita Patil, head of feature films at Percept Picture Company.

He says: "An Indian director of photography comes with two to four assistants. If the film involves outdoor shooting you have to accommodate the entire team. In comparison, a European cinematographer comes with less baggage which works out to be competitive."

Agarwal says: "In films like Inception, the background score is critical. Since we are fresh film makers, we wanted to go for the best technical skills." 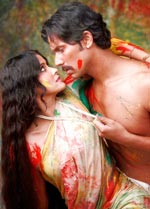 The foreigners too do not seem averse to the overtures of Bollywood. "The Western world has always been in awe of Bollywood. When (Zoya) Akhtar asked me to come to work for her film, I was only too happy to accept," says cinematographer Carlos Catalan who worked in Luck By Chance.

Christo Bakalov from Bulgaria, who was the cinematographer in Ketan Mehta's Rang Rasiya and also Deepa Sahi's directorial debut Tere Mere Phere, too loved his experience. "It was difficult in the beginning but I got used to it and and enjoyed it. I made a lot of connections with other Indian filmmakers and expect to do more work in Bollywood soon."

Merwanji, who is married to an Indian, says: "I was hired because the directors were aware of my work and what I bring to the table not because I was a foreigner."

Getting work permits for all the foreign hands doesn't appear to be a problem for the big production houses. "When the bigger producers and directors, or larger studios offer to work with foreign technicians, all the paper work is done," says Daga of K Sera Sera. However, he adds, "There are no official guidelines to follow in this industry and we can't speak for the small, unorganised mass of films that are made in Indian film industry." 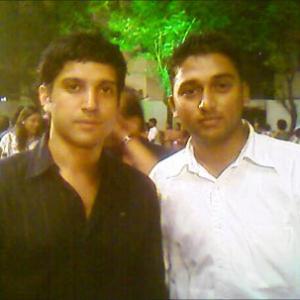