Since the housemates lost the bedroom area during the nomination task, they are given five minutes to pick up whatever stuff they want from the bedroom.

Excited, all the contestants rush to the bedroom area to pick their belongings.

Vikas Gupta talks about his past relationship to Arshi Khan, Rahul Vaidya and Devoleena Bhattacharjee.

The atmosphere changes soon as Vikas and Arshi get into an argument.

Vikas accuses Arshi of blackmailing him. Rubina Dilaik and Rakhi Sawant then lock horns with each other.

Rubina is miffed when Rakhi decides to do kitchen duty, which was assigned to Rubina.

Rubina tells Rakhi to back off.

Rakhi retaliates, saying she only started doing kitchen duty because she felt everyone would get food on time.

Rubina sternly asks Rakhi not to do it again. As if all this drama isn't enough, Nikki Tamboli and Rahul Vaidya squabble when she alleges that he doeesn't respect his girlfriend Disha Parmar.

While everyone in the house is on edge because of all the arguments and fighting, Bigg Boss announces a cycle task.

Housemates are divided into two teams. 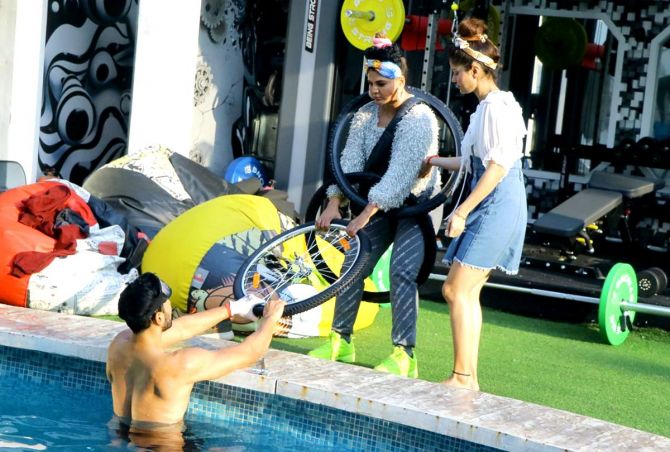 Vikas is asked to be the sanchalak. Both teams have to destroy each other's bicycles. In order to save their cycles, Aly and his team throw it in the pool. Then, they destroy Team Red's cycles.

Abhinav and Nikki give a good fight to save their cycles. While doing so, Abhinav and Rahul get into a fight. 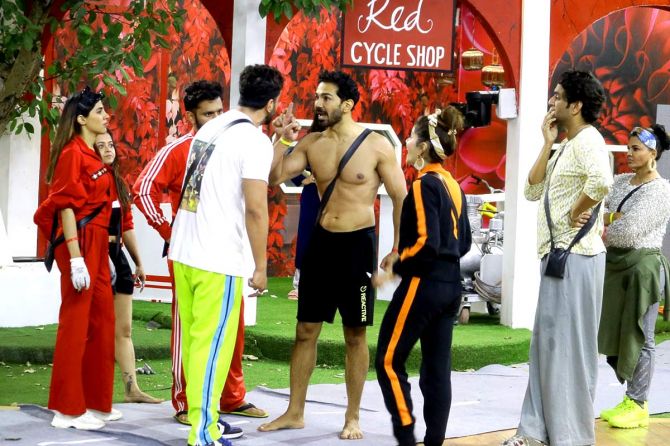 As things don't seem to be working in his team's favour, Abhinav jumps into the pool to dismantle the other team's cycles.

That's when Aly comes into the picture and this upsets Abhinav big time. 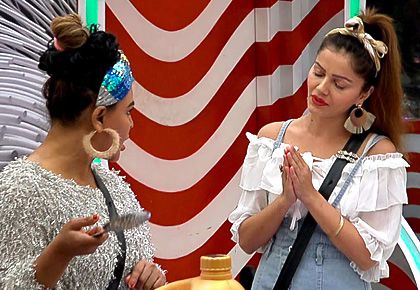 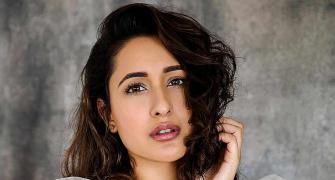 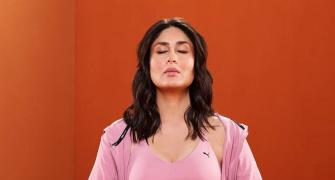