News
Business
Movies
Sports
Cricket
Get Ahead
Money Tips
Shopping
Sign in  |  Create a Rediffmail account
Rediff.com  » Movies » 'All of us need counselling at some point in our lives'

'All of us need counselling at some point in our lives'

'People will be entertained by the Singhams and the Simmbas but they will still not respect cops.
'Batla House is an opportunity for us to show the true side of policemen and their sacrifices.' 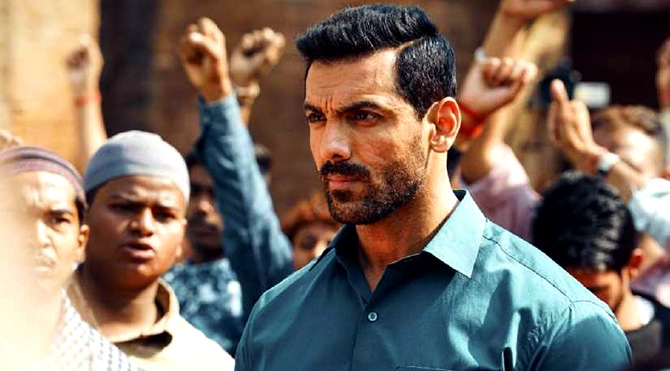 John Abraham has a wish.

He hopes that ACP Sanjeev Kumar Yadav, the cop involved in the Batla House encounter in 2008, watches John play him in the film and say that he got it right.

"I want to believe that Batla House is one of those exceptionally good stories that are being told in Indian cinema," he says.

Batla House and Mission Mangal, both patriotic films, released on August 15. How will you ensure that both films get their due?

I can’t ensure anything about any other film except mine.

Talking about business, there’s enough (room) for both films.

It’s a great day for the audience -- they are the winners in the true sense -- because they are getting a chance to watch two, hopefully good, films. 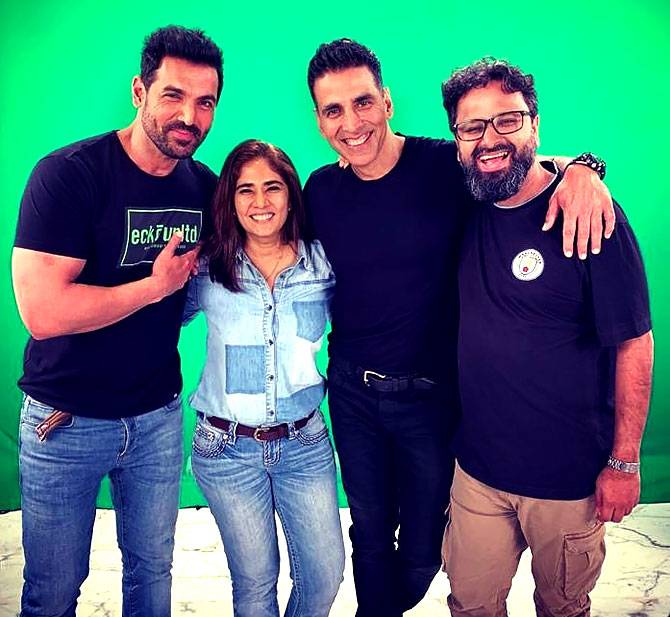 You play ACP Sanjeev Kumar Yadav in Batla House. Was it difficult to essay a real life character, as compared to fictional ones in your other films?

The pressure is more when you essay a real life character on screen. For instance, playing Manya Surve in Shootout At Wadala was different because he had passed away in real life.

But Sanjeevji is very much alive and still working in the Delhi Police force. So it’s more challenging.

I hope he watches the movie and tells me that I have played it right.

Bollywood seems to be focusing on real-life, patriotic incidents.

Be it Uri: The Surgical Strike, Article 15 or Super 30, we are telling better stories now.

I want to believe that Batla House is one of those exceptionally good stories that are being told in Indian cinema.

I don’t think it’s a trend; I believe you must do what you believe in. 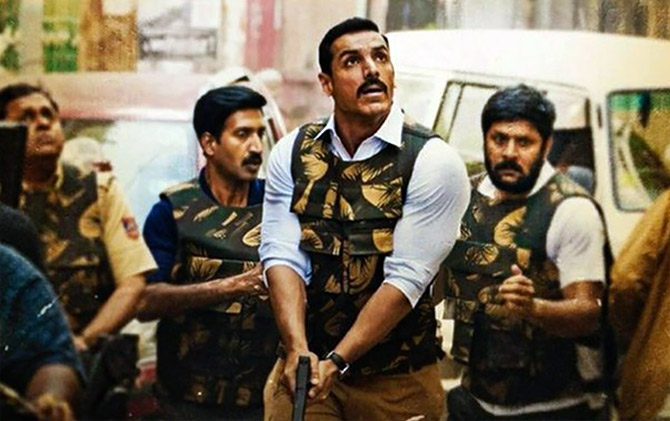 IMAGE: A scene from Batla House.

You played the bad guy a couple of times in your earlier films but, now, you play the underdog.

In my next film, Mumbai Saga, I play a really bad guy.

I think you must do what makes you happy.

When I read the script for Batla House, it was an edge-of-the-seat thriller. So, even if you don’t care about the incident, the film works for you.

All the credit goes to Nikkhil (Advani, director) and Ritesh (Shah, writer), who have put four years of research into the film.

Batla House not only talks about the encounter but also its aftermath. What was your personal take on this?

I asked Sanjeev Kumar Yadav about what happened post the encounter.

I was shocked to know that he had PTSD (Post Traumatic Stress Disorder) and wanted to commit suicide.

Besides, the day he went for the Batla House encounter, his wife was supposed to leave him.

So, when you are going through with so much stress in your personal life, then carrying out an encounter and later feeling like committing suicide... the sketch of the character becomes complex.

Nikkhil (Advani) told me from Day One that it’s not just about an encounter, it’s a love story as well. 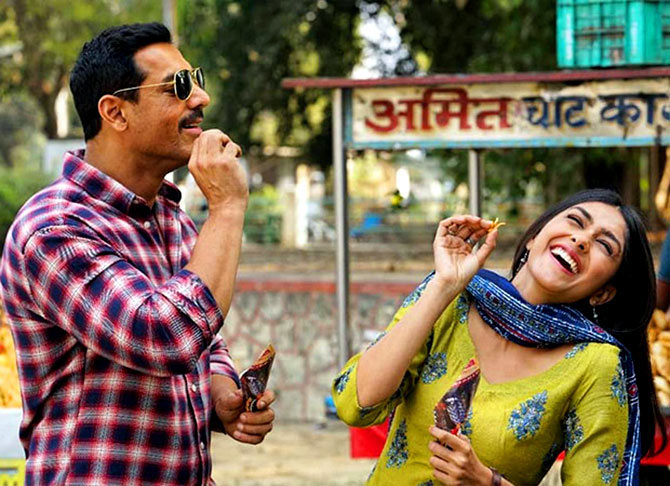 Mrunal Thakur plays your wife in the film.

She is an unbelievably fantastic actress.

She also plays a journalist in the film. In real life, Sanjeevji’s wife was a television news anchor. 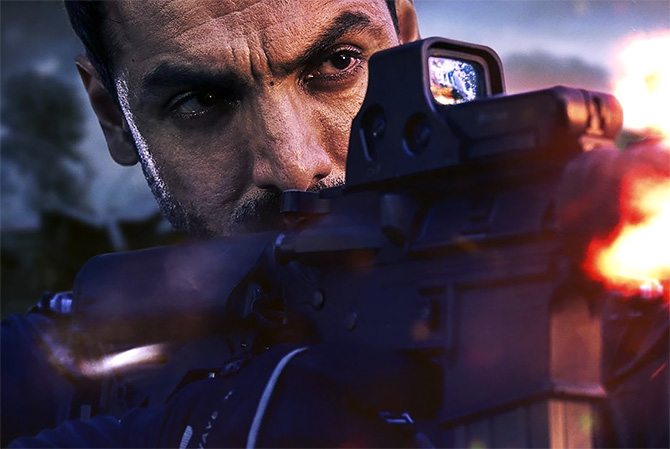 You mentioned PTSD. There is still a lack of psychological support and treatment for the police force. What is your take on that?

It’s not just police officers; all of us need counselling at some point of time in our lives.

In the case of the cops, their trauma is even more because they go for duty not knowing if they will return home.

Also, they don’t have holidays and are over-worked.

They are not respected.

People respect the military but not the cops because there’s a certain impression attached to the police.

People will be entertained by the Singhams and the Simmbas but they will not respect cops.

Batla House is an opportunity for us to show the true side of policemen and their sacrifices. 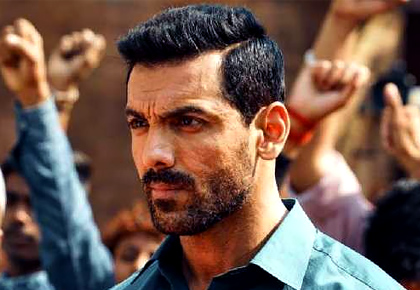 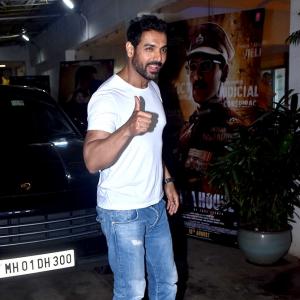 What are John, Akshaye, Richa up to?