25 Things We Still LOVE about Friends! 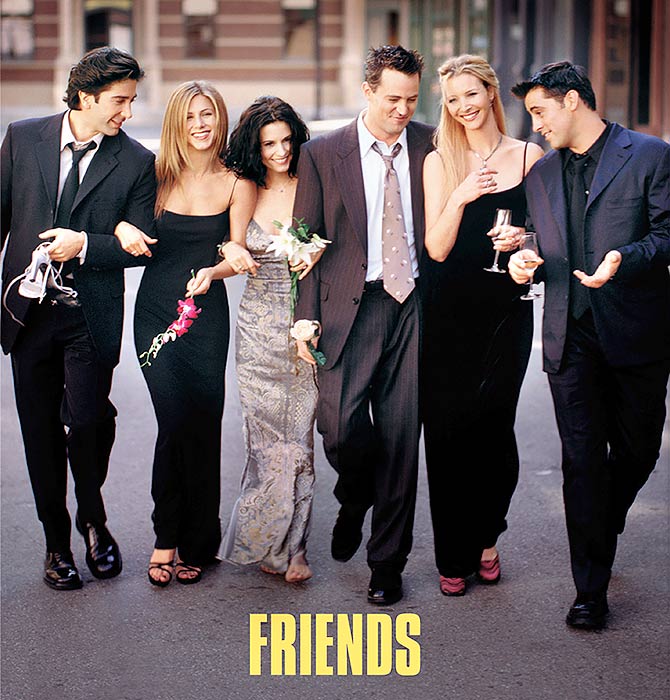 Even though it's been a while since the series concluded, its huge fan following continues to thrive on re-runs and hopes of a reunion.

It all began on September 22 when David Krane and Marta Kaufmann's rollicking sitcom starring Jennifer Aniston, Courteney Cox, Matthew Perry, David Schwimmer, Matt Leblanc and Lisa Kudrow for NBC began its reign in our living rooms that lasted a whopping 10 seasons and 236 episodes.

Friends' premise of six 20-something friends trying to make a life in New York City's mad rush armed with nothing except humour and each other immediately caught everyone's fancy.

An entire generation could relate to their individual quirks, romantic equations and zany one-liners influencing both our movies and us.

On its 25th anniversary, Sukanya Verma compiles 25 things we still LOVE about one of the MOST popular sitcoms of all time. 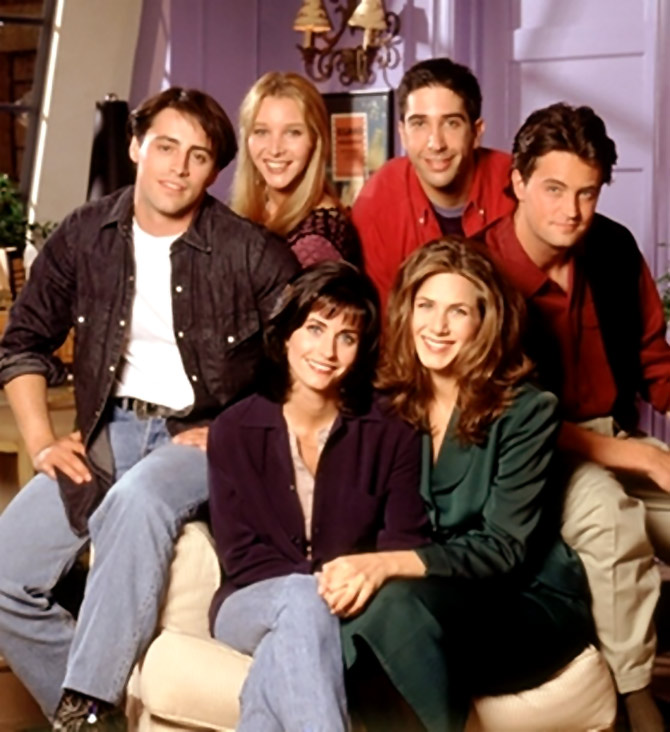 Sample this. 'Look at all the space on her side of the bed. You could fit a giant penguin over there. That'd be weird though.'

Maternity pants come in handy when your hunger is as insatiable as Joey. Remember how every Thanksgiving special episode underscored the infinite capacity of Joey's super stomach? And, boy, is he possessive about his food? Bottom-line: never try to nibble from Joey's plate.

Jennifer Aniston is quite easily the most successful star story to come out of Friends and her most copied hairstyle in hairstyle history.

What's not to love about Phoebe's delusional claims as the faux French-spew Ms Phalange hailing from the town of Estee Lauder?

That phony British accent he puts on in school and Monica and Rachel's Irish and Indian rejoinder to the same. Heh. 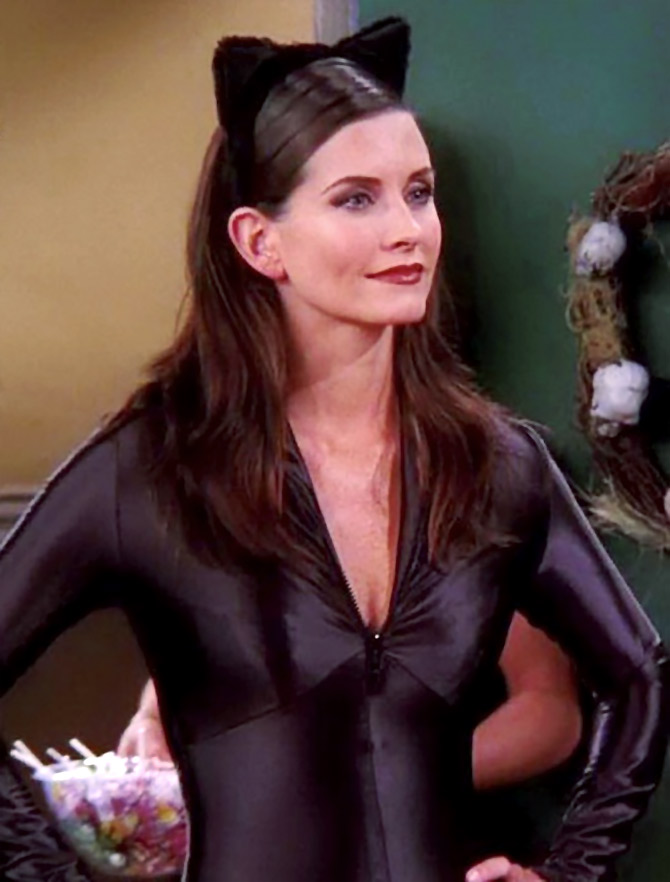 If organisation skills were a super power, Monica Geller would beat Batman to it. With neatly labelled post-its offering step-by-step descriptions, of course.

7. The Rembrandts awesome tribute to friendship

So what if the band is relegated to one hit wonder category, the catchy I'll Be There For You is a classic in its own right.

8. The On-Off relationship of Ross and Rachel

The changing graph of their relationship from 'She's your lobster' to 'We were on a break' to 'I am pregnant, you're the father by the way' to 'I got off the plane', in Ross's own words, 'it's been one heck of a see saw.' 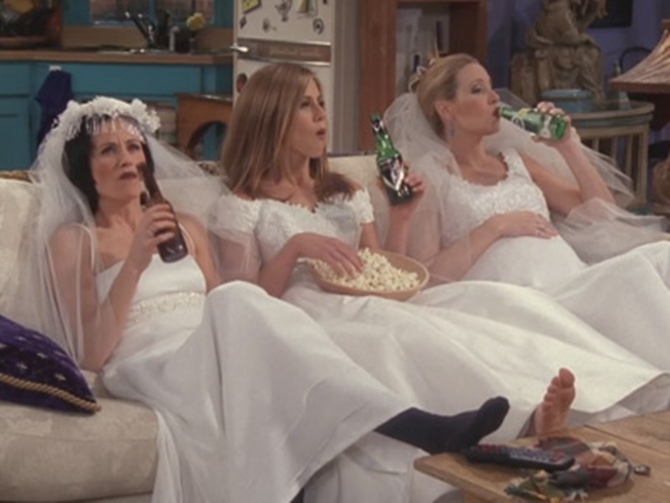 Whether they're drinking beer dressed in wedding gowns or slumber partying in pyjamas, the lovely troika of Monica, Rachel and Phoebe are what true besties are made of.

From indoor games like poker, dumb charade, Bamboozle and personality trivia (the one leading to a uproarious exchange of apartments) or outdoor fun in rugby, there's never a dull moment in Friends.

Whether she's a waitress or a buyer at Ralph Lauren, her love for designer brands and beautiful clothes is apparent in her trendy attire episode after episode.

Brad Pitt, Julie Roberts, Bruce Willis, George Clooney, Reese Witherspoon, Winona Ryder, some of the biggest A-listers appeared on the show and looked more than thrilled to play the fool for these six adorable friends. 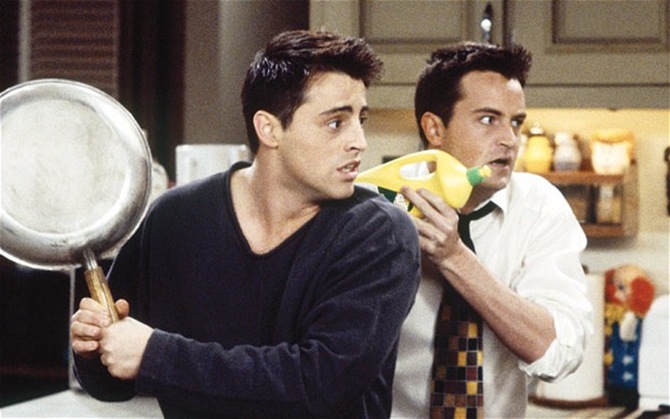 Ross and Chandler are high school buddies, Chandler and Joey are roomies and we love their camaraderie through girl trouble or quarter-life crisis. But mostly we dig them playing house with a bunch of cartons.

There's much amusement in Ross and Rachel's unending arguments, Monica and Rachel's catfights, Joey and Chandler's childish banter and Phoebe playing the peacemaker through it all producing some truly awww moments in the end.

Put her in that ridiculous waitress suit or a prosthetic avatar, Monica burns the floor with her signature moves as delicious as the food she puts on the plate.

One doesn't elaborate on Gunther. One merely chuckles every time he's on screen.

Ross painting a musketeer like beard and moustache on a drunk Rachel. Rachel's convincing Ross's girlfriend to shave her head bald, Joey giving cranks calls to Chandler in a woman's voice, oh, we could go on forever. Phoebe's nutty rendition of the equally loony Smelly Cat at Central Perk is as popular as the theme of the sitcom if not more. And with lyrics like that, we aren't wondering why.

'You are over me. When were you under me?'

'I'm not so good with the advice. Can I interest you in a sarcastic comment?'

'Why do you have to break up with her? Be a man. Just stop calling.' 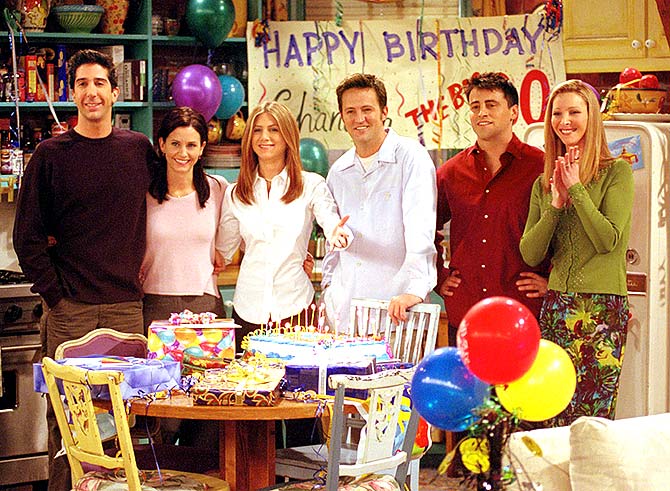 Thanksgiving is always a special (read stressful) time in the lives of these six friends.

One had the then married and mad in love Brad Pitt hating on Jennifer Aniston broadcasting his 'I hate Rachel Green' club alongside Ross, another where Rachel mixes up recipes to create dessert world's most nauseating trifle.

But, of course, nothing beats the image of Monica's head inside a turkey.

22. All the birthdays, the parties, the picnics, the weddings, the catering

Basically anything that makes Monica to get her organiser obsession working over time.

The good dates are good but the bad ones are the best.

Let's see there's Phoebe's food inspector who shuts down every restaurant they go to eat, Monica's college crush who hasn't outgrown his campus days, the messy hottie who finds Ross's place a little too sanitised for her liking, the hilariously high fella Phoebe sets Rachel up with.

Friends introduced a warm, informal and funky way of decorating small spaces. Some of its interior design touches are now part of pop culture references.

Be it yellow frame on the purple door of Monica's apartment, the orange couch at their favourite hangout Central Perk cafe, the apothecary table that introduced non-Americans to the wonders of Pottery Barn, Chandler and Joey's foosball table, Joey's big white dog statue or Phoebe's creepy artwork, Gladys.

The One Where the Monkey Gets Away.

The One With Five Steaks and an Eggplant.

The One That Could Have Been.

And the one that made us the saddest, The Last One.

This special was first published in September 2014. 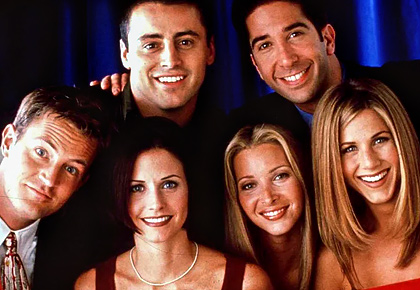 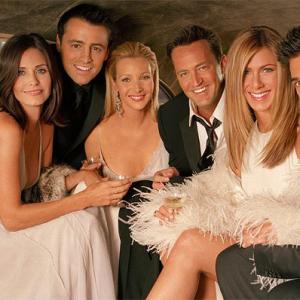 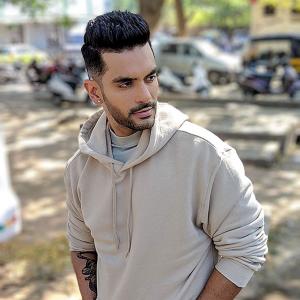