I am sad Kundan Shah is no more. I am sad he couldn't make the kind of films he wanted.

But I am also grateful. He made me laugh. He made me cry. He made me believe in Hum Honge Kamyab and the power of a shooting star. 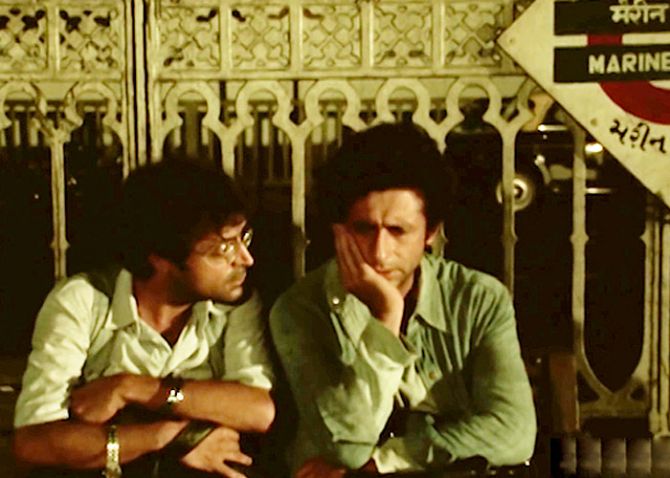 When my father passed away in the late 1970s, my brother was only four and his fledgling understanding of grief took comfort in 'at least, he watched Sholay.'

There's so much value attached to certain films, experiencing it can offer a mysterious sense of satisfaction, the kind you want to share with a like-minded loved one.

One of my living regrets is he didn't live to see Jaane Bhi Do Yaaro, which released a few years later. Knowing his socialistic leanings, I am sure my father would have appreciated it just as fervently.

Kundan Shah's splendid satire is a national treasure that I've adored and quoted from for as long as I can remember.

I laughed at its scintillating humour, marvelled over its free-spirited artistry and wowed at its insane behind-the-scenes reality. But the disconcerting reality disguised in Shah's farce wasn't lost on me. Although it came out in 1983, Jaane Bhi Do Yaaro mirrors the depressing state of affairs like it was shot yesterday.

'For me comedy is when you try to survive through your wit,' he once said.

What unfolds is a tragicomic circus of useless virtue up against inevitable defeat and impossible progress, which masterfully culminates into a boisterous Mahabharata parody towards the end.

The first time I saw it on Doordarshan, I was only a child but have vivid memories of sitting before my next-door neighbour's Crown television set on a straw mat along with two other kids my age. At that time, Shah's scathing commentary on the country's corrupt socio-politico system went over my head but D'Mello's 'Thoda khao thoda pheko' antics inspired me greatly every time a suspicious looking veggie was served on the plate.

I saw it again and again till I lost count and Vinod, Sudhir, Ahuja, Tarneja, Ashok, D'Mello/Draupadi became an indelible part of my cinephile journey.

During my daily commute to St Xavier's College, every day I stood on the exact spot as Naseeruddin Shah and Ravi Baswani -- the scene where they're arguing about boarding a local without ticket at Marine Lines station -- I would feel like I've stepped inside movie history. Shah draws on the actor's strengths and innocence in such a sublime fashion, it's a personal blow when his heart breaks and the best feeling ever when he's rewarded with a prospective sweetheart in Juhi Chawla's surprise cameo.

There's an attractive fallibility and moral compass to his protagonists in both the films that compels us to relate with and root for them.

Sadly, no other film he made after it could match up to this magic. Whether it was because of lack of support from the business-driven industry or plain creative exhaustion or both, I rather not say. But his dissatisfaction is pretty obvious in statements like, 'I love to make small films, but no one gives me the chance' or 'There is a kind of restlessness. This is because I know I can do better.'

What I do know is, even though I was bored out of my wits by Hum Toh Mohabbat Karega, thought little of Dil Hai Tumhara and cringed through Kya Kehna, the lacklustre quality of his later work did not reduce my respect for his most loved gems on celluloid.

Week after week, a school-going me relished the bubbling wit and spontaneous emotionality of middle-class struggles and everyman conflicts in Doordarshan classics like Nukkad, Yeh Jo Hai Zindagi or Wagle Ki Duniya.

Many years have passed and I no longer remember the episodes in detail. But I do remember the smile they brought to my face or the uncomplicated times they represent. A part of me still lingers in those warm, secure memories.

And so it was a rather special moment to see my byline featured alongside Shah (external link) for a special issue released by the Indian Screenwriters Conference, where both of us, besides a bunch of others, contributed an essay. While I discussed the portrayal of common man in cinema, he penned a tribute to the great humourist Sharad Joshi, with whom he collaborated on Yeh Jo Hai Zindagi and I knew as my mom's editor in Hindi Express.

After I became a journalist, I had the opportunity to watch Shah in action on the sets of Ek Se Badhkar Ek where I was scheduled to meet Suniel Shetty for an interview. His mild-mannered and unassuming disposition stood out in a crowd of make believe as he patiently explained a scene to the heroine Raveena Tandon. It would be another five years before Ek Se Badhkar Ek would see the light of the day.

I bumped into him again during a press conference for Dil Hai Tumhara. He appeared more resigned than relaxed and unlike his chatty cast has little to say.

I am sad he couldn't celebrate his 70th birthday.

I am sad he couldn't make the kind of films he wanted.

But I am also grateful.

He made me laugh.

He made me cry.

He made me believe in Hum Honge Kamyab and the power of a shooting star. 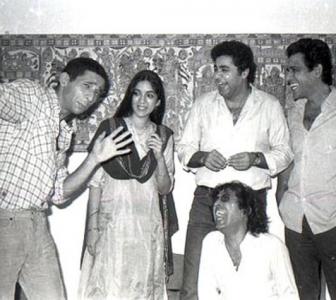 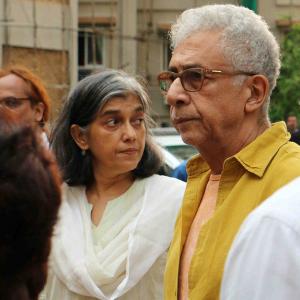 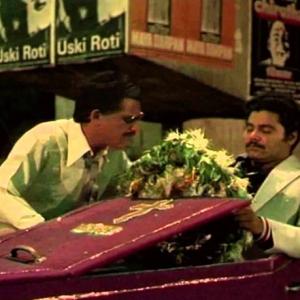