Sikandar Kher's Nishikant Adhikari is a solitary poet by the corner, trying to remind us that the honest plans of honest people don't always come to respectable ends, observes Sreehari Nair. In Vasan Bala's Monica O My Darling, a saucy tale of kitsch, nostalgia and dangling bodies, Sikandar Kher makes a great case for star kids, nepo kids, and just about any kid born into privilege -- he shows us how absurd a world of equal opportunity must feel when viewed from a lofty perch.

Kher plays Nishikant Adhikari, who, during a depressing evening of canned speeches, retro music and jerky dance moves, finds himself debased from his position as tech group Unicorn's heir apparent to its very own crownless prince (A prince with less than 4% shares to show for his lineage).

How ironic that this should happen to someone whose name translates to 'Lord of Night, Born to Rule.'

As others around him celebrate the dawn of meritocracy, of a new business culture, 'Nishi' stations himself in a dark corner of the bar licking his wounds.

He looks all about him, and what does he see? A gathering of usurpers, poseurs, wannabes! And so, he spends the rest of the evening sipping his bourbon and making snide remarks, but mostly he busies himself with creating rings of cigarette smoke, a feat that we later see him artfully repeat while cooped up in his office cabin. IMAGE: What Sikandar Kher achieves in Monica, O My Darling 'should put him in the same league as Al Pacino, Julie Delpy, Nawazuddin Siddiqui and Samuel L Jackson'.

Monica O My Darling was my introduction to Sikandar Kher, and I found his presence so compelling and eagle-like, that I ended up watching every scene he appears in through Nishikant Adhikari's eyes.

'Those eyes are gruesome jewels speaking a fresh language of protest,' I thought to myself.

Even when the man does not utter a single word, he is so free and uninhibited with his loathing that he seems to be on the constant verge of blowing a raspberry. And then, just like that, he emerges from one of his many lairs, starts talking, and runs away with the movie.

The scene in question is set inside Room No 303 of a shady hotel room, and it has Nishikant Adhikari sitting across from two men responsible for jeopardising Nishi's position at Unicorn -- Jayant Arkhedkar (Rajkumar Rao is a robotics expert who by and by realises that the controls to his life don't belong to him) and Arvind Manivannan (Bagavathi Perumal overplays the accountant on whom someone has supposedly done a grand number).

Before these two middle-class geezers, brought up to fulfill the middle-class desire for a proper life, steady growth and modest death, Nishikant Adhikari tables a plan to rub out a shared irritant.

Now the plot-level details of what happens in Room No 303 isn't as important as the echoes and unexpected harmonies that Sikandar Kher generates in that scene -- for it features one of the most felt displays of foul-mouthed acting in the history of Indian Cinema. Kher uses cusswords almost like punctuations, but what he really manages to achieve should put him in the same league as Al Pacino, Julie Delpy, Nawazuddin Siddiqui and Samuel L Jackson: Much like those glorious predecessors, our man here does not get high on swearing so much as he makes it a part of his breath.

The F-word in English and the C-word in Hindi come out of his mouth with intensities so equal that taken together they speak of a 'split social background'.

Yes, it dawns on us, he may have been a distinguished guest at charity dinners and costume parties, but taverns, gambling dens and smutty parlors have also paid his court.

And yet, it's not just Kher's lyrical swearing that holds the scene together; it's his body language as a whole -- the pugnacious head; the forefinger that points boldly in your direction; those eyes, those jewels, which illuminate every little detail about you that doesn't quite fit.

It becomes obvious from the way Nishikant Adhikari looks at the two people in the room that they are not his style: he might as well redo their wardrobes than sit down with them for a straight negotiation.

Every time the brat opens his mouth, to hurl at the two men a carefully chosen label, he also lets you figure out some part of his own back-story, his philosophy, even his appeal.

Lurking behind his enunciations of terms such as 'pretender' and 'sadela perfume' is the biography of a radical for whom Dionysian pleasures mattered, mattered even at a time when official batons were being passed in other spaces that hosted other, more level-headed contenders. All through the scene in Room No. 303, you know you are hearing a man spoiled by privilege; but you persist with him bcause you can sense that there's real authority there.

He has a voice you could play on the stereo of a pickup truck, and the voice alone could push the truck uphill.

It's the voice of a defiance that is inexcusable, yet one that burns like a fever -- I could imagine John Wilkes Booth shouting Sic Semper Tyrannis in that voice.

Watching the scene in Room No 303, you return to the time when you had first heard the voice. Back then, Rao's Jayant Arkhedkar had stopped to say 'Hello' to the voice, and the voice had responded with a derisive snort.

As Nishikant Adhikari, Sikandar Kher shoots out onto the screen; and although he appears in not more than two scenes and change, he leaves a permanent imprint on Vasan Bala's movie.

Kher uses his height to his advantage (Nishi towers over the other characters without ever having to overextend himself), and sounds so smooth that he winds up offering a superb counterpoint to the nervously told story.

Snubbed by his businessman father and denied a chance to lead people, Adhikari Junior sharpens his talent for spotting the weakness in people -- and this makes him an authentically cut tragic figure; he is like Cordelia turned into an outlaw. Come to think of it, there is something almost counterculture-like about the character -- he is a man defeated by idealistic fervor, who now spends his time laughing at a world in which idealism is forever having an off-day.

In one scene he hears out a factory hand after the factory hand has brutally murdered his best friend for a woman.

'Sir, I love Shalu a lot,' says the blubbering murderer as he tries to explain his motive, and Nishikant, pointing to the corpse, replies with a hearty chuckle, 'Yeahhhh, I can see thaaaat.'

Sikandar Kher's Nishikant Adhikari has a presence that extends beyond his scenes, but in this movie he is also a solitary poet by the corner, trying to remind us that the honest plans of honest people don't always come to respectable ends.

Now the irony in a life-fact like that would clearly be lost on the proponents of meritocracy; but you can trust a crownless prince to never miss it. 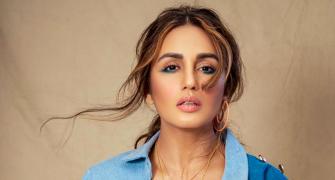 'I'm going to show them what I can do' 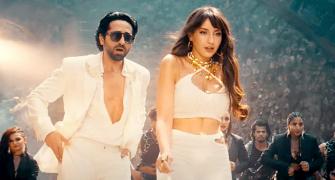 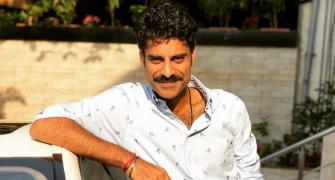 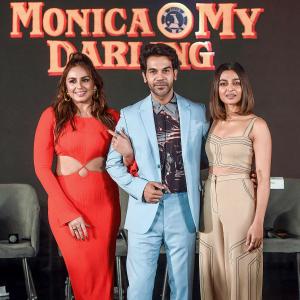