The death of Sambha Towards the beginning of Zoya Akhtar's Luck By Chance, Vikram Jaisingh (played by the director's brother Farhan) is attending the graduation ceremony of his acting class -- Nand Kishore School of Acting, run by Saurabh Shukla.

The chief guest is the veteran Bollywood actor Macmohan, who is playing himself in this brief appearance.

Kishore asks Macmohan to say a few words to the students. Before Macmohan can say anything, one student yells out a request for the actor to repeat his famous line from Sholay.

"Sholay?" Macmohan asks. He then looks down and repeats the famous three words written for him by the duo Salim-Javed: "Poorey pachas hazar!"

The students start to laugh and break into applause. That's the end of the Macmohan guest appearance in Luck By Chance. He only spoke four words in the film -- words of no apparent consequence, and yet those are some of the most famous words in the history of Hindi cinema. Last week when the actor died after a battle with lung cancer, every obituary remembered his appearance in Luck By Chance.

Thirty-five years after its release Sholay is now a part of Hindi cinema mythology. Its characters -- Gabbar Singh, Jai, Veeru, Basanti, Soorma Bhopali, and especially Kalia and Sambha (played by Macmohan) -- are as popular as any religious Hindu mythological figures.

Watching Sholay in theatres in India was a cultural experience in itself, with the entire audience mouthing the dialogues with the characters.

Much has been written in praise of Sholay. An epic film, inspired by classic Hollywood westerns like The Magnificent Seven and the spaghetti Westerns of Italian master Sergio Leone, Sholay ran for over five years at Mumbai's Minerva theatre (at Grant Theatre, south Mumbai), breaking all previous box office records.

On the day I learnt about Macmohan's death, I checked out the longer Kitney aadmi the sequence from Sholay on YouTube. There are several clips of the original sequence as well as spoofs on it on YouTube. It opens with loud drum rolls, menacing sounds from the background, as the camera pans Gabbar Singh's boots and his belt scraping along rocks.

There is something about Sholay. It is hard to explain the reasons for the film's immense popularity, and yet generations of Indian filmgoers continue to mouth those lines. Zoya Akhtar's inclusion of that dialogue in Luck By Chance, was her homage to the film, its characters, the writing (by her father Javed Akhtar) and the enormous entertainment value it provided to her generation. 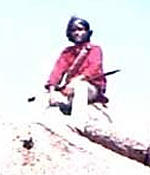 When Sholay opened in India 1975, I was a first year student at Delhi University. I have vivid memories of watching the film at the Plaza, a theatre near Connaught Place in central New Delhi. I had never seen an audience that engaged in a film, relishing every moment, every word and every shot of the film.

I also have another less pleasant memory of that screening. I nearly got pickpocketed while buying tickets from a scalper for the film outside the theatre.

Filmmaker Shekhar Kapur referred to Sholay as the most 'defining film on the Indian screen... Indian film history can be divided into Sholay BC and Sholay AD', Kapoor was quoted as saying to film journalist Anupama Chopra in Sholay: The Making of a Classic.

Even a great master like Satyajit Ray, who was usually very dismissive of the popular Hindi cinema, was impressed by Sholay. Javed Akhtar in his conversation with film writer Nasreen Munni Kabir said:  "He [Ray] said wonderful things abut Sholay. He liked the film very much."

Both Akhtar and Ray's biographer Andrew Robinson maintain that the filmmaker was so impressed with Khan's Gabbar Singh that he decided to cast the young actor in the role of Wajid Ali Shah in Shatranj Ke Khilari (1977), the director's first non-Bengali language film.

Khan's popularity even gave him the opportunity to do commercials endorsing Brittania biscuits -- the first case of a villain being used to sell a popular product.

Ramesh Sippy's blockbuster is admired equally by film scholars in the US who continue to find deeper meanings in the film. "Sholay is a film that I love very much and I have for many years," Richard Pena, the director of film programming at The Film Society of Lincoln Center once told me. He first saw the film back in 1977 when it opened at the now defunct Bombay Cinema Manhattan. "I thought it was terrific. It is a film that is very creative, very funny. It's got wonderful stars, wildly entertaining."

Philip Lutgendorf, a professor of Hindi and modern Indian studies at the University of Iowa has shown Sholay to his students. A few years ago Lutgendorf taught an entry level freshman and sophomore course entitled From Valmiki to Bollywood:  Three millennia of storytelling. The course started with a version of the Ramayana, but later the students watched Sholay. For the end of the term, the students had to turn in a paper comparing the Ramayana to Sholay.

"That is quite easy," Lutgendorf said when I spoke to him about his class. "Jai and Veeru are very much like Ram and Lakshman in their temperament. You have Gabbar Singh as Ravana. The town is called Ramgarh and the women in Sholay are fairly marginalised. There is even a Sita like character in Radha."

Lutgendorf also pointed to Sholay as a high point in comedy in Bollywood film.

Sholay is a pretty grim film," Lutgendorf added. "Hell of a lot people get killed and it has casual and very sadistic violence. And yet not only it has some very significant comic episodes, including Asrani as the jailor in the prelude of the film, it has comedy throughout. Even Gabbar Singh is funny. He is permitted to become funny in his own sadistic way."

Mohan (his real name was Mohan Makhijani) acted in nearly 190 films -- mostly as a villain. His career was marked by huge hits -- Don, Zanjeer, Shaan, and Khoon Pasina. But despite a long career, is most remembered for those three words in Sholay. Such was the magnetic charm of one of the most exciting films made in India. 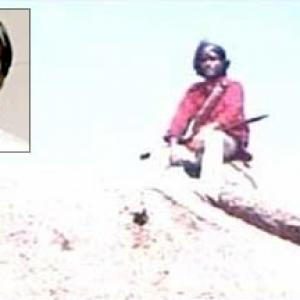 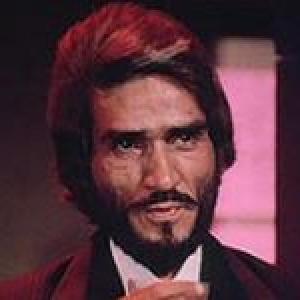