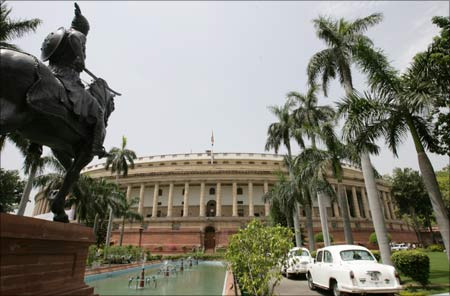 One thing is clear from watching MPs on the Lok Sabha's biggest day: the only thing that unites them is the words "outlay was doubled". It is a fiscal conservative's nightmare: MPs only clap for spending.

They try to pay attention throughout. But the energy is really palpable only when Finance Minister Pranab Mukherjee starts listing grants. Districts in Jharkhand and AP get handloom clusters?

Look around, find your lucky colleagues, and then stare at them, as if to work out what makes them so special.

The BJD contingent clapped when support for the Eastern Green Revolution was mentioned; the BJP for the PM Gram Sadak Yojana, Vajpayee's pet scheme. 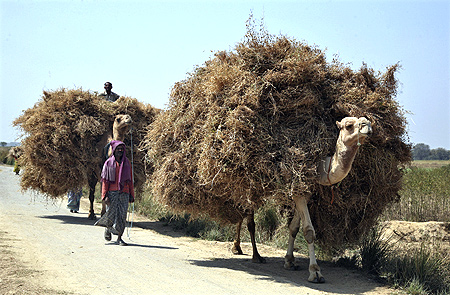 As grants were handed out to agricultural universities across the country, there were cheers and hand-shaking greeting each. (Except for the Rs 15 crore to "agricultural university" NCAER, an award which was met with no cheers on the floor but a couple, oddly, in the press gallery.)

When Murshidabad is given a flood management project, its MP actually stands up and calls out, in a Bengali accent, "Thank you, sir!" Mr Mukherjee hasn't heard the thanks, but hears the laughter. He looks up and says, firmly, "not my constituency".

When the round of agri grants is over, the losers complain. One UPA MP stands up and shouts: "intolerable!" Next to him, the MIM's Asaduddin Owaisi is suppressing his laughter. 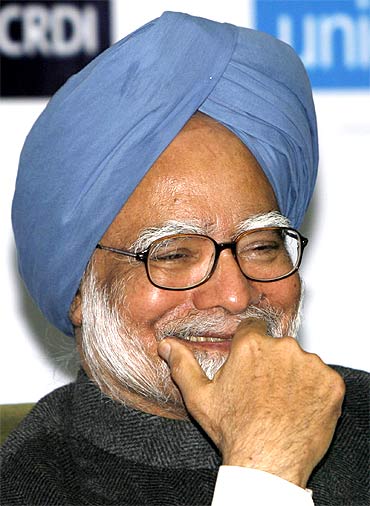 Perhaps the Rs 100 crore to N G Ranga Agricultural University, Hyderabad, had something to do with that. Our MPs are ambitious. That's actually the first thing you realise.

The number of them who, with endearing optimism, produced notepaper and a pen at the beginning of the Budget speech was truly heartening. The pads don't get filled up for most; but others, like Derek O'Brien, in the Rajya Sabha gallery, take endless notes.

The Prime Minister, who appeared in his seat unnoticed at the beginning of the session, stayed so attentively motionless throughout that when he, at one point, moved to pick up a paper that Mr Mukherjee had dropped, all around him started in surprise. 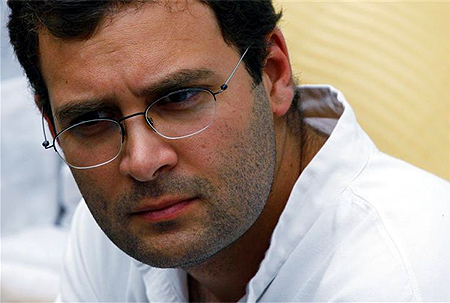 Rahul Gandhi is following in Dr Singh's footsteps in one respect: he seems to have perfected the expressionless I'm-paying-attention face.

He did spoil it slightly by being absolutely the only MP uncool enough to actually carefully watch comings and goings in the visitor's gallery, crowded this Budget with a mixed group of what appeared to be Young Commonwealth Parliamentarians in bright orange tops, skirts and suits.

Those who paid less careful attention: D Raja, also in the Rajya Sabha gallery, who waved cheerfully to friends in the press gallery. Naturally, being from the CPI, Mr Raja had few colleagues in the Lok Sabha to wave to. 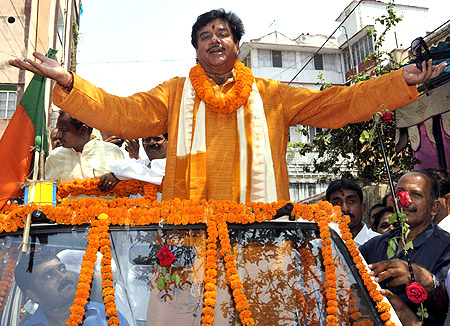 And, everyone came on time barring Shatrughan Sinha, who wandered in an hour late, looking like he'd had quite a late night. By way of apology to his party leader, he wore a dashing saffron silk scarf. Oddly, he was the only person wearing saffron in the entire BJP contingent.

Who is responding to what public initiative can sometimes be truly mystifying. Why is Suresh Kalmadi nodding with such conviction to the FM's intention to make India a "safe destination for global capital"?

Why is the entire Congress clapping solar power? Why is every north Indian MP crying their opposition to financial sector reform-oh wait, they're not objecting, the Hindi translation's broken off. Pranabda pauses, asks whether he should repeat a sentence. "Yes, rollback!" comes the cry from the floor. 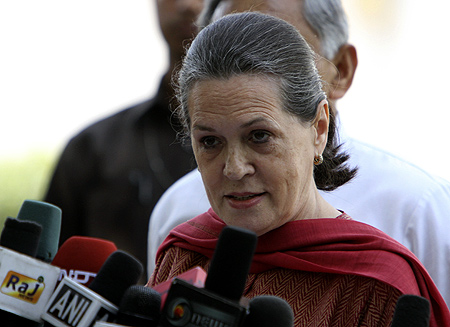 Mrs Gandhi rarely claps for anything-except, once, firmly, for Aadhar's potential. Home Minister P Chidambaram, sitting next to her, looks like he's bitten into a lemon.

He pointedly does not clap. One of the few times that the House's response is understandable is when the higher customs duty on bicycle parts is discussed. 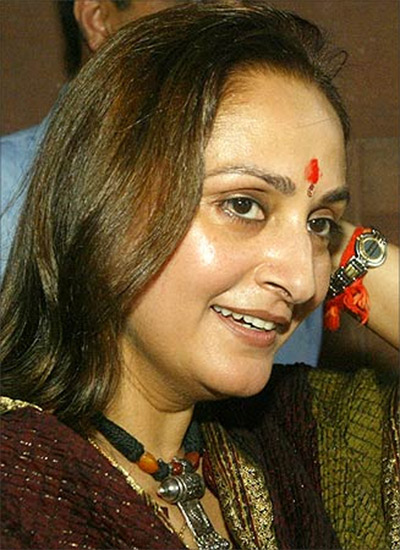 Apparently, they're all relayed to Jaya Prada, who is doubled over with laughter.

Yes, yes, the Temple of Democracy has deeply flawed members, and ceilings marred by dampness, and smells sarkari -of varnish and Odonil, like an Ashok Hotel. Its lights don't all work, and the headphones are so clunky that Supriya Sule brings her own.

But there is, indeed something cheerfully democratic about the behaviour of our representatives in their natural habitat.

Nothing brings it home more than the sight of the finance minister, Budget done, struggling alone to put all his papers back in the celebrated briefcase as the Lok Sabha empties around him.