News
Business
Movies
Sports
Cricket
Get Ahead
Money Tips
Shopping
Sign in  |  Create a Rediffmail account
Rediff.com  » Business » What brands must do to weather troll-storm

From consulting firms to tech and detergent companies, brands are busy swatting  away online crusaders. In the fraught times we live in, it is not just religion that stokes the fires of controversy.

It has been a rocky start to the year.

With protests raging all around and tempers on a short fuse, within weeks of sending out New Year greetings and messages of hope and peace, social media timelines for many brands are reeling under abuse and threats of boycott.

It all started out with two technology companies at the centre of a storm because two of their representatives were believed to be attending an event organised by the RSS.

Their mistake: mixing religion with business, which is always tricky in this country, said experts.

But religion is not the only crossed item on the 2020 list.

Detergent brand Nirma that has largely steered clear of any such controversies, is in the thick of one.

Its portrayal of Maratha warriors has hurt the community’s pride, leading to an outpouring of outrage online.

And Deepika Padukone is being pilloried for her support for the students of JNU.

Her recent movie is being boycotted and Medlife, a brand she endorses and one that has also associated with her movie, is fielding abusive rants on its timeline.

Rage and fulmination are the norm and brands are vulnerable as they define their online identities, said several experts.

“Everything on brand perception is formed on social media.

"Even brands that do not have an online presence, market themselves online,” said a senior image management consultant who did not want to be named.

She believes that the tech companies must be prepared to deal with the mud being flung at their brands; he added, “It won't hold ground to say the two individuals could have their own political or religious views, they represent the brand as senior executives, and in social media parlance, their views represent the views of the brand.”

What must brands do to stay out of the fire?

“Typically in good and bad times, sensitive and non-sensitive ones, my advice is to keep a complete distance from two things, politics and religion.

What makes religion such a sensitive subject?

A 2018 paper titled “Does Religion Sell? A brief journey in religion and advertising,” (marginalie.hypotheses.org) may have an answer.

The author says the people want controversy in their advertising, but only in moderate doses.

They want religion to stoke their desires just as they want some amount of sexual undertones, but they want all this in small safe doses and brands must know the line.

Brands must also know that nothing is sacred for trolls - within hours of the poster about the RSS event being tweeted, Accenture’s old projects in India were dug out, its global CEO tagged in tweets asking about the company’s stand on such issues.

In the fraught times we live in, it is not just religion that stokes the fires of controversy.

As the chief marketing officer of Medlife.com has done in a LinkedIn post.

She explains the brand’s current plight and compares it with something she faced in her earlier job at Big Basket.

At the time Sharukh Khan, the brand ambassador of the online retailer was hounded for his comments about safety and tolerance in the country and many had deleted the app.

Without offering any comment, nor playing victim to the trolls’ abusive rants, she has managed to protect the brand said many. 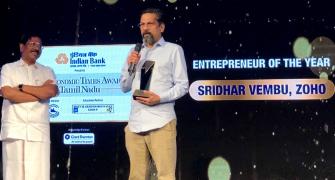 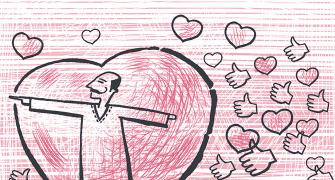 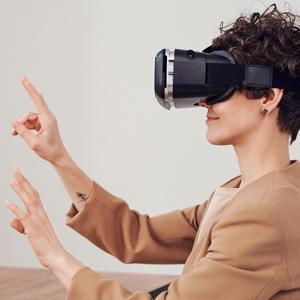