In the past three years, the advertising pie in Bengal has grown at least four-fold, courtesy what are loosely termed chit fund companies.

Market sources, however, say none of these are actually chit fund operators. They are diversified companies that have collective investment schemes or companies that raise money through advances. And, have diversified heavily into the media segment. 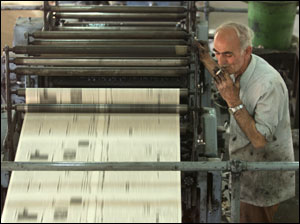 Among the first to enter and expand its media network, in no time, was the Sudipta Sen-controlled Saradha Media. His first entry into the space was through Channel 10 and thereafter he expanded into dailies - Bengal Post & Sakalbela - in 2010.  Sen bought out Tara channels, as well. At the time of closing down, the group had 10 media outfits - news TV channels, newspapers and magazine.

Group chairman Gautam Kundu told Business Standard the media business was booming and it was the right avenue to invest. The TV channel business would record a net profit of Rs 50 crore (Rs 500 million) this year, claimed Kundu. The chairman said the print daily business would break even this year.

Most of the above mentioned media outfits, including Saradha’s when it was operational, were pro-Trinamool Congress. The Saradha outfits, in fact, acquired the reputation of being the mouthpiece of the ruling party.