2019, however, will be a bigger test as the firm continues to deal with rising attrition and margin pressure.

IMAGE: Taking over when the board of directors and the company’s founders were at loggerheads, Parekh has led the Bengaluru-headquartered firm to a zone of safety.Photograph: PTI Photo

Salil Parekh is set to complete a year as managing director and chief executive (MD & CEO) at Infosys, the information technology major.

A period in which he was able to bring stability at the top, giving clear direction and assuaging many concerns of shareholders on growth at the country’s second-largest entity in the segment.

Taking over when the board of directors and the company’s founders were at loggerheads, Parekh has led the Bengaluru-headquartered firm to a zone of safety, while realigning the focus to its roots as a services company.

Nevertheless, his term has also seen some exits at the top level.

The resignation of then chief financial officer M D Ranganath was the most prominent.

Also, reduction in the operating margin target and a high staff attrition rate have raised concern among investors.

Parekh also seems to have been able to win the trust of the founders to a large extent, the tenure having been free of friction so far, unlike his predecessor.

“Salil (Parekh) has performed admirably, considering the mess he took over. He has stabilised the board and his leadership team. He has reassured investors, customers and employees,” said Peter Bendor-Samuel, founder and CEO of global research entity Everest Group.

“Although Infosys had a few high-profile departures, these had been expected. I think, Infosys is starting to get some of its swagger back.”

In the first half of this financial year, revenue growth was 6.9 per cent in dollar terms (over a year before), at $5.75 billion with a forecast of six to eight per cent overall earnings growth for the whole year.

The operating margin was 23.7 per cent by the end of the September quarter, within the company's earlier forecast of 22-24 per cent.

Infosys also bagged a $700-million contract from Verizon, as part of which it is in the process of rebadging around 2,500 employees of the US telecom major.

Analysts think the willingness to go for such deals also reflects more flexibility under the new regime; traditionally, it had kept away from this route.

Parekh’s stint was also marked by an emphasis on ensuring Infosys remains a services-driven.

His predecessor, Vishal Sikka, was seen veering the course for a product play.

Appointment of consultants McKinsey to advise on sharpening of sales strategy and embedding of digital specialists at large client accounts were  part of this.

“Acquisition of WONGDOODY and Fluido are a good start and setting up of digital hubs are impressive. His steps towards revising employee compensation upward and linking it to digital technology skills is a great move for organic development,” says Phil Fersht, founder & CEO at HfS Research.

Infosys’s partnerships in Singapore with Temasek and in Japan with Hitachi, Panasonic Corporation and Pasona would add to solid Asia-Pacific presence, Fersht added.

Parekh also preferred to continue with the company’s localisation effort, especially in America.

Parekh seems to have been able to win back shareholders.

Under his watch, Infosys also made a 1:1 bonus issue for shareholders.

Some add that Infosys still has a long way to go in coming closer to the performance of larger peer Tata Consultancy Services.

It also clinched a number of large deals over the year. Rising staff attrition also continues to be a major issue before Parekh, with the figure well above 20 per cent in the past two quarters.

“Though Infosys has definitely done well under the new CEO, it is yet to be seen whether itcan challenge the industry leader.

"In that, this year will be the real test for Parekh’s leadership,” says a Mumbai-based analyst. 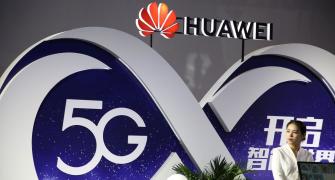 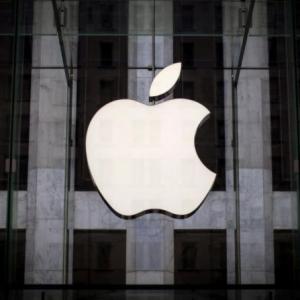