Airtel CEO said, the 5G ecosystem is yet to develop in India and the prices are very high. Telecom companies including Vodafone Idea (VI) and Reliance Jio have also said that the current prices are exorbitant. 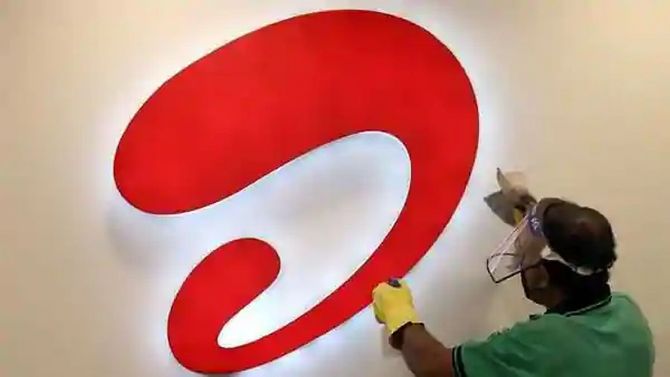 Lack of a reliable ecosystem and the high price of the coveted 5G spectrum will deter Bharti Airtel from participating in the auctions if they happen next year.

Bharti Airtel CEO Gopal Vittal said that the company would stay away from the 5G auctions, if they happened next year as the spectrum offered at the current prices were not affordable for the company.

“The 5G ecosystem is yet to develop here and the prices are very high and we can’t afford them,” Vittal said during the company’s post earnings call.

He said that the company would not buy the airwaves at the current prices at the rates suggested by the Telecom Regulatory Authority of India (TRAI).

This is not the first time the company has expressed reservations over bidding for the 5G auctions.

Bharti Airtel has maintained this stance since the time the regulator came out with its suggestions on spectrum pricing.

TRAI has recommended the auction of about 8,644 MHz of telecom frequencies, including those for 5G services, at an estimated total base price of Rs 4.9 trillion.

Telecom companies including Vodafone Idea (VI) and Reliance Jio have said that the current prices are exorbitant.

Vittal also pitched for an increase in tariffs and said that the current prices were not sustainable.

Bharti Airtel on Tuesday posted a net loss of Rs 763 crore for the July-September quarter (Q2).

The company had posted a consolidated net loss of Rs 23,045 crore in the same quarter last year, after provisioning for the adjusted gross revenues (AGR) dues.

The company posted the highest ever rise in revenue, mainly on account of customer addition and higher data consumption.

Ebitda (earnings before interest, taxes, depreciation, and amortisation) margin was up 366 basis points (bps) YoY at 46 per cent -- the highest in at least five quarters.

In the India business, monthly average revenue per user (ARPU), an important matrix to gauge the telco's performance, rose to Rs 162 from Rs 128 a year ago and Rs 157 in the June 2020 quarter.

Operationally, the quarter was good. Consolidated EBIT at Rs 4,412 crore (up 121 per cent YoY) was much ahead of analysts' estimates of Rs 2,616 crore.

Airtel also announced its exit from Ghanaian telecom market, selling its 49.95 per cent stake to the Government of Ghana.

Consequently, it took an impairment charge of Rs 184 crore.

When asked about the suspension of interconnect usage charges, Vittal said, “All the operators are on equal footing as far as IUC charges is concerned, we don’t mind if they are done away with.”

IUC charges were a bone of contention between the telecom companies as Reliance Jio wanted these charges to be scrapped completely, whereas Bharti Airtel and Vodafone Idea (VI) wanted the levy to be continued.

IUC charges are essentially payments that one telecom player pays to another telecom company on whose network the call terminates.

The companies are currently paying 6 paise a minute charge on all voice calls to other networks till December 31, 2020.