It’s been a week since the springtime celebration of advertising in picturesque Goa ended. But the controversies surrounding Goafest are far from over.

The past few days have seen skeletons tumble out of the cupboard, as one award-winning ad after another has been withdrawn. 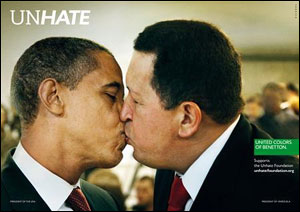 There have been three recalls so far, involving as many agencies - Leo Burnett, BBDO and DDB Mudra. And, the reasons hardly project the Rs 30,000-crore (Rs 300 billion) Indian advertising sector in an enviable light.

The latest was DDB Mudra, which today lost its Silver Abby for a print ad for Electrolux Washing Machines because the Awards Governing Council (or AGC, the apex body that monitors the Creative Abbies) found it was copied from a campaign done by Young & Rubicam in Sao Paulo, Brazil, for LG Washing Machines. A couple of days ago, BBDO’s ad for DHL was withdrawn, as it was found to be a lift from a campaign by Ogilvy & Mather, Singapore, for a furniture removalist called Allied Pickfords.

The trend was set by Publicis Groupe-owned Leo Burnett, which chose to dramatically pull out two Abby-winning radio spots for Tata Salt Lite on Monday, following allegations that the work was not legitimately released and, hence, did not qualify for an award. Arvind Sharma, chairman, Indian sub-continent, Leo Burnett, said in a statement, “We do not want any unwarranted insinuations about one of our prestigious clients and brands to continue. We request the AGC to treat these two spots as withdrawn from our side.”

Sonal Dabral, chairman & chief creative officer, DDB Mudra, was not immediately available for comments. But Josy Paul, chairman & chief creative officer, BBDO India, said, “Look at our track record - the only agency in Asia to win a Black Lion at Cannes for creative effectiveness. We introduced ‘acts, not ads’ to India and pioneered social movements for brands. So, why would we want to play second fiddle to anyone?”

Ad experts say the recalls point to a deeper malaise, of the tendency of creative people to be feted at any cost. This has, over the years, manifested itself into the phenomenon of scamming. That is, ads that do not have a legitimate release and are simply created with the objective of winning awards. Plagiarism, on the other hand, says a senior creative director at one of the top-10 ad agencies, is a far more subjective issue. “One person may think an ad has been lifted from a certain campaign; the other may think otherwise. It’s frankly difficult to pinpoint who is wrong here.”

But now that AGC is dealing firmly with ads in the grey area, it indicates the industry is beginning to take cognisance of the issues that mar it. Agencies hope this will lead to a new tomorrow.

Image: A digitally altered image of US President Barack Obama and former Venezuelan President Hugo Chavez kissing is seen in an advertisement from United Colors of Benetton. | Image: Benetton/Handout/Reuters 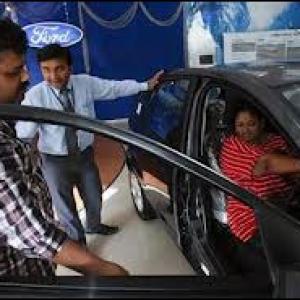 ASCI now steps in to suspend ads that violate code