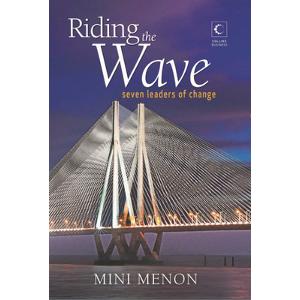 Many of the industrialists profiled in the book are no longer riding the wave of success, says Surajeet Das Gupta.

There is one problem with journalist Mini Menon's book ‘Riding the Wave’: the choice of the seven entrepreneurs profiled here.

They were chosen, she explains in the introduction, because they "have changed the rules of the game" of business. These entrepreneurs grew out of the ferment in India after 1991 and they succeeded against all odds to stay ahead of the game, she adds.

Yet a cursory reading of Ms Menon's list makes you wonder why some of the names are there at all, or why others have been overlooked although they have done much better without publicity (Rahul Bhatia comes to mind offhand).

Many of the industrialists profiled in the book are no longer riding the wave of success; either they are in serious financial trouble or they have been forced to sell their business or become mere investors because their companies are run by others.

Ms Menon does provide an afterword to trace their fortunes since she started writing about them, but that is hardly a credible caveat.

Take, for instance, Rajeev Chandrasekhar. He came into the limelight after he bagged the Mumbai mobile telecom licence many years ago. Eventually, though, he had to sell out. His decision to merge with the Birlas, the Tatas and AT&T to form the country's largest telecom company ended in disaster. And he moved on to become a politician, though he has some limited business interests in aviation, infrastructure and hospitality, apart from the media.

G M Rao is a self-made man whom everyone noticed because he built a world-class airport in Delhi. Now he is struggling with huge debts after many of his infrastructure projects were stalled for one reason or another (not to forget the Maldives airport project that he lost owing to a political wrangle in the island-nation).

Ronnie Screwvala, who built a broadcasting and television empire, sold his business to Walt Disney Company. Granted, however, he built enough value for Disney to find it attractive.

And Ajit Ghulabchand is grappling with his pet project "Lavasa", which has caused him to face mounting debt, especially after the environment ministry cracked down for alleged violations.

The book also does not incisively detail the key battles that some of these businessmen fought. For instance, the battle that Mr Chandrasekhar fought with the Ambanis against permitting limited mobility and his relationship with Bharti chief Sunil Mittal, who eventually opted for an out-of-court settlement even as he spearheaded the Cellular Operators Association of India, are inadequately covered.

To be fair, for readers who do not follow these well-known business names closely, the book provides fast-paced, lucidly written biographies. And there are interesting snippets even for those who do.

For instance, the author provides the backstory to why Gautam Thapar and his uncle did not talk to each other for years, even though L M Thapar later chose his nephew as his successor. When Gautam Thapar's father refused to finance him to study engineering abroad, L M Thapar stepped in with the proviso that he would provide a one-way ticket and enough money for living expenses.

If Gautam Thapar wanted to come back, he would have to do so on his own. But when Gautam Thapar told his uncle he was looking for a job in the United States, L M Thapar snapped that he would end up becoming a waiter. "I would be a happy one," Gautam Thapar retorted, and the two did not talk for years after that.

The book also describes how a chance Sunday lunch at a friend's place changed Ajay Piramal's fortunes. There, a lawyer friend told them that the owners of Nicholas were looking for a buyer. So Mr Piramal decided to meet at the Oberoi coffee shop in Mumbai an elderly Englishman called Barker who was entrusted with the deal.

Barker apparently laughed heartily at the thought of Mr Piramal buying the business and asked him what he knew about it.

"Nothing," Mr Piramal replied truthfully. "Then why should I give it to you?" Barker asked. Mr Piramal said he did not know what got into him, but he told Barker that he would make Nicholas one of the country's five largest pharmaceutical companies. The deal was struck.

To be sure, some of the businessmen profiled here may be facing challenges as a result of the current slowdown, but they deserve mention because they have established credentials in a way that transcends such temporary setbacks.

Baba Kalyani, for instance, might be facing tough times because of his diversification in the troubled power sector. Ms Menon, however, talks about the fact that he blazed a new trail in the auto components business with his foreign acquisition spree for high-technology companies. By acquiring five companies in Sweden, US and Scotland and getting a stake in a Chinese company, he gained invaluable access to new markets and technology.

Gautam Thapar has also been identified, rightly, as the turnaround artist for the Thapar group - not only did he get the paper company Ballarpur out of the dumps, he also expanded the business by buying Sinar Mas' Indian operations for a steal, the biggest deal in this sector. And he also brought Crompton Greaves back into the reckoning.

Although the book is a good read, it has limited utility as an insight into Indian business in the post-liberalisation era. 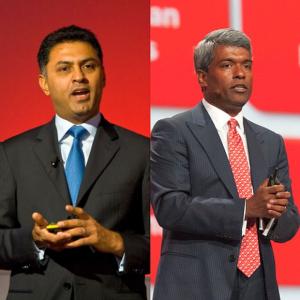 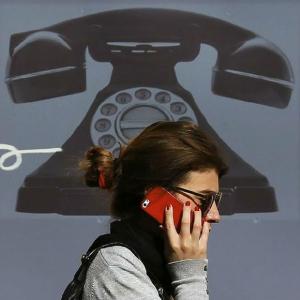