'Revoking MFN status to Pak will not impact India's trade' 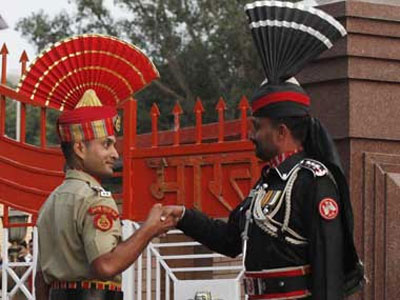 With India all set to review the Most Favoured Nation status given to Pakistan, India Inc today said the move to withdraw the status will not make much difference as the trade between the two countries is "almost negligible".

Pointing out that bilateral trade between the neighbours is "quite low", industry bodies said India's move to grant the status to Pakistan had not made much of a difference as it was not reciprocated.

"It is up to the government to take a decision. We will stand by the government's decision. Anyway the trade between the two countries is quite low. Moreover, Pakistan has never given us this status," Ficci secretary general A Didar Singh told PTI.

"The trade between India and Pakistan is almost negligible. The review will not cut much ice as far as trade is concerned but will definitely be a setback to normalisation of trade between the neighbours in the future," Assocham secretary general D S Rawat said.

After the Indus Water Treaty, India will review the Most Favoured Nation (MFN) status given to Pakistan at a meeting called by Prime Minister Narendra Modi in New Delhi on Thursday.

The decision to review the MFN, which was granted by India unilaterally in 1996, comes in the wake of the Uri attack over which India is weighing options to respond.

The MFN status was accorded in 1996 under WTO's General Agreement on Tariffs and Trade (GATT). Both India and Pakistan are signatories to this which means they have to treat each other and rest of WTO member countries as favoured trading partners.