If retrenched workers are unable to reskill within a fixed period of time, they will have to return the money given to them by the government. Moreover, they may be asked to pay back an interest on the sum transferred. 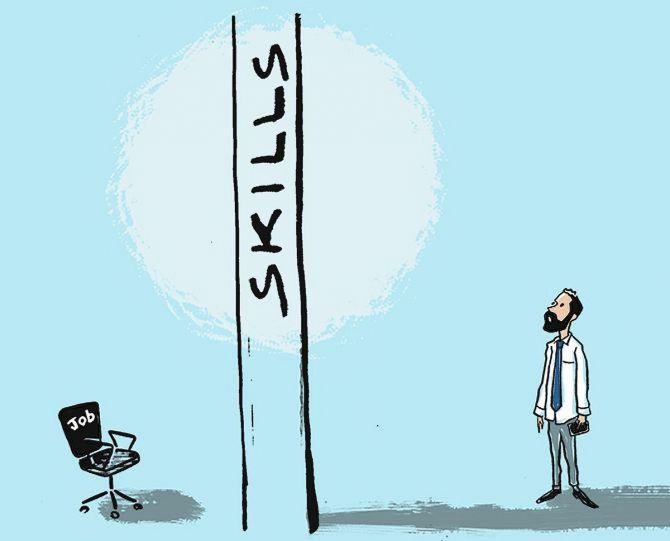 Retrenched workers who take cash benefits from the new reskilling fund mooted in the labour codes may have to show proof of reskilling to the government.

If they are unable to reskill within a fixed period of time, they will have to return the money given to them by the government, according to a proposal being contemplated by the central government, a senior government official said.

Moreover, the workers may be asked to pay back an interest on the sum transferred to them if they are unable to get themselves trained after being retrenched, the official added.

“The government wants to ensure that workers acquire adequate skills each time they are retrenched, so that they are able to find better job opportunities.

"We want to make sure that the money transferred to workers are utilised only for the purpose of reskilling and hence, they will have to show proof within a deadline,” the official said.

To help workers identify training centres, the central government is planning to offer the skill centres recognised by the National Skill Development Corporation (NSDC) to the workers.

The Industrial Relations (IR) Code, 2020, has a provision for “worker reskilling fund” for retrenched employees.

Whenever employers retrench a worker, they will have to contribute 15 days of his/her last drawn wages to the fund.

The state or the central government, which will manage the fund, will then credit the money into the bank account of the worker within 45 days of retrenchment, according to the new law (yet to be made effective).

The worker will get the cash allowance for upgrading skills each time he/she is retrenched.

This money will be in addition to retrenchment compensation, which workers will be entitled to get, equivalent to 15 days of average pay for every completed year of service.

Labour economist and XLRI Professor K R Shyam Sundar said the retrenchment compensation in the new labour code was “paltry” as some state governments, such as Rajasthan, were offering a higher severance pay to workers.

“On top of that, the proposal for mandating workers to get proof and seeking repayment with interest will create a disciplined state, which has absolute lack of faith in workers.

"Further, the amount of fund that workers will get will be insufficient to get them reskilled in a high-quality manner,” said Sundar.

At a webinar on Friday, TeamLease co-founder and executive vice-president Rituparna Chakraborty said the reskilling fund would increase employers’ cost, especially for micro, small and medium enterprises (MSMEs), and the fund might not necessarily give the desired benefits for employees to take up fresh employment in a different sector or industry.

“Whenever the government introduces an additional financial scheme, there has to be transparency in the manner of operating the funds.

"We already have multiple corpus funds in the country — ESI (employees’ state insurance), EPF (employees’ provident fund), the social security fund, and then the government is introducing another fund. MSMEs will mostly take a hit and I hope the government is able to monitor and utilise the funds efficiently,” said Chakraborty.

She said in normal circumstances, the idea of reskilling retrenched workers was one of the best ways to “secure their future”.

The government has started the process of framing rules for the new labour codes.

Labour and Employment Minister Santosh Kumar Gangwar had told Business Standard in an interview recently the detailed procedure and modalities in respect of the reskilling fund would be framed in the rules.

“The workers require support in the case of retrenchment. With this purpose, the IR Code, 2020, has envisaged a worker reskilling fund to support retrenched workers to upgrade skills and find new employment,” he had said.

Further, the state governments have been empowered to prescribe other sources of supplementing this fund.

When the government had first proposed the IR Code in 2015, it had mooted hiking retrenchment compensation for workers three times from 15 days’ wages for each completed year of service to 45 days’.

However, it retracted the proposal in the code, which was tabled and subsequently approved in Parliament.

The Parliamentary Standing Committee had recommended the government increase retrenchment compensation to at least 30 days of wages for every completed year, while opposing the idea of crediting money directly into the bank account of workers for reskilling.

It had recommended transferring the money to skill training centres under the NSDC. 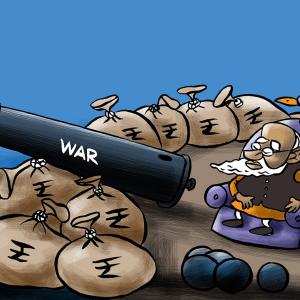