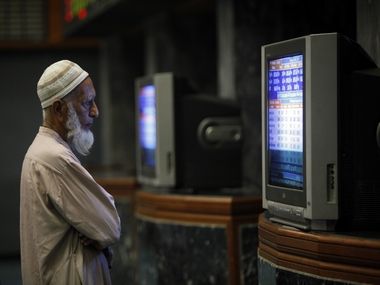 As the Ganga is making big headlines, courtesy the Modi government, at least one television channel is taking inspiration from the name of the holy river.

The channel, which holds a 31 per cent market share in the Hindi belt (UP, Bihar, Jharkhand) among the regional players, will also enter Eastern UP or the Purvanchal region.

The objective behind the rebranding is consolidation of viewership in the Hindi belt, reaching out to viewers not only in the region, but also the migrant population from UP and Bihar across the country.

The channel will have more original content and run the latest Bhojpuri movies, furthering its focus on localisation. The channel reaches 1.3 million viewers in the region, which is the highest in Bihar and Jharkhand.

"For the first time, we have set up a production unit in Patna. We will be working with our own production house - Big Productions - and other local production houses on the regular commission-based model."

"The only caveat is that all the content should be produced out of Patna. We believe that the local flavour of the region is best delivered when the content is developed and production there," says Tarun Katial, CEO, RBNL.

There is a shrewd business logic, too. Producing content locally will also help cut costs. The expense on talent procurement, logistics and the commissions (per episode) are considerable lower in the regional space.

Additionally, the channel is available on Hathway, Incable, Manthan, Digicable, GTPL, Siti Cable, Maurya, DEN and other all independent operators. Considering that the weightage of the Hindi belt in the TAM universe is 75 per cent, a robust distribution in that region is paramount to good viewership numbers.

Media planners say that this market is significant from an advertiser's perspective since most of them are looking at penetrating the market and regional channels provide a more cost efficient option.

The name Ganga emerged after extensive study undertaken by research agency Dragon Fly, which tested several names in the core markets, and 'Ganga' was the runaway winner.

Ensuring true regional flavour in BIG Magic Ganga's look and feel, the formation of the logo of Ganga and the channel packaging is also derived from the region, which sees the amalgamation of the rising sun, the placid flow of the Ganga and the Madhubani paintings.

Katial says the reason for rebranding as Big Ganga is two-fold.

On the one hand, the name brings forth the cultural and religious ethos of the region since the Ganga forms an integral part of the landscape in the Hindi belt.

Secondly, the Bihari consumer, according to RBNL's research, is distinct from the other states and is yearning to carve an identity for himself.

"Among all the states in the region, Bihar is the only one to have its own film and music industry.

It has the largest migrant population across India.

Keeping this in mind, coupled with the fact that all the states are united by the Ganga, it made perfect sense to rename it thus. We want to take local content to the Bihari viewer wherever he may reside," explains Katial.

As a result, the channel will also be airing some of the biggest Bhojpuri productions of the year and will also telecast the Ganga trilogy (short films) featuring Bollywood actor Amitabh Bachchan - Ganga, Ganga Devi and Gangotri.

The channel will however retain the tagline 'Apna Pradesh Apna Magic'. Katial believes it is inclusive of the migrant population and sees no point in changing it for the time being.

The strategy to rebrand the regional channel also sets it apart from the national GEC Big Magic.

The network plans to ramp up the content on these channels as well by the end of the year.

Thrill is RBNL's male targetted action channel which was launched in 2012 under a joint venture with Europe's RTL Network. Last quarter, RBNL bought out RTL's stake in the JV.

Big RTL Thrill had failed to find resonance among the target audience and RBNL found that the important content dubbed in Hindi was not working.

As a result, the content will be locally generated for this channel as well.