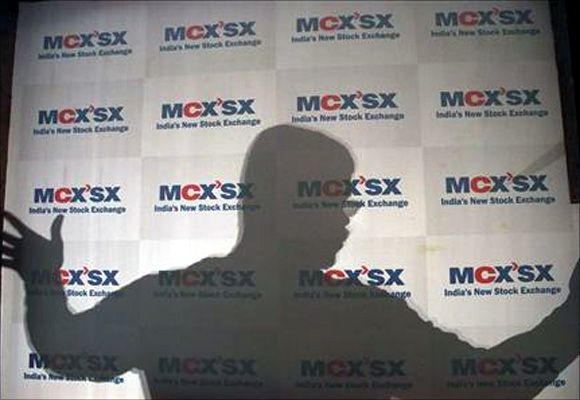 The Central Bureau of Investigation (CBI) will soon quiz Securities and Exchange Board of India (SEBI) Chairman U K Sinha as well as former head of the regulatory body M Damodaran in connection with a Preliminary Enquiry (PE) to probe granting sanction to Jignesh Shah-founded Financial Technologies (India) and MCX-SX.

The decision to quiz the duo was taken after examination of another former SEBI chief C B Bhave was done earlier this month in Bangalore during which the agency sleuths were told that public interest was involved in granting the licence to MCX-SX to trade in currency derivatives.

Bhave, a 1975 batch IAS officer from Maharashtra, also made it clear that there was no undue pecuniary benefit to Jignesh Shah entities as a result of this decision.

During the probe, the CBI claimed that Damodaran had cleared the file of MCX-SX despite knowing that the Income Tax department had carried out searches on Shah and under investigation of the tax department.

The former SEBI chief has, however, claimed that the report about Income Tax searches reached him later.

MCX-SX was set up by FTIL and its commodity exchange arm MCX and began functioning as a full-fledged stock exchange last year after a prolonged battle with SEBI.

The approval for full-fledged stock exchange came during the tenure of Sinha, who took charge of the SEBI on February 2011. He recently got an extension of two years in February this year.

Bhave was examined by a team of CBI officers two months after the agency registered a PE against him, another former member K M Abraham and FTIL and MCX-SX, among others.

Bhave had denied any quid pro quo as alleged by CBI for grant of permission to the bourse and said "there was not a single question to me on quid pro quo. They wanted to understand the public interest involved in granting the licence to MCX-SX to trade in currency derivatives."

He was SEBI Chairman in February 2008 and his three-year term ended in February 2011. Abraham's term as a whole-time member of SEBI also ended in 2011.

"They were also told that whether other entities benefited by this or not, was not of concern to the regulator. The regulator's concern is whether the licence was in the public interest or not," he had told PTI after his questioning.

The exchange was initially granted permission for only a limited segment of currency derivatives in 2008, on the condition that its licence would require approval every year.

MCX-SX was initially given licence to operate in a limited segment of currency derivatives in 2008, but SEBI refused permission to allow it to act as a full-fledged bourse for years as it was not found to be in compliance with existing regulations for the same.

It was Abraham's order in September 2010 that rejected MCX-SX application for a full-fledged exchange, saying it was not in compliance with shareholding regulations and it was not a 'fit and proper' entity for such a business.

MCX-SX could launch services as a full-fledged bourse only last year after it met all the necessary regulations and conditions imposed by SEBI.