Low-cost air carriers GoAir, IndiGo and SpiceJet are adding aircraft and capacity this financial year, whereas their full-service peers would be holding back on expansion.

Kingfisher Red and JetLite, the subsidiaries of full-service carriers Kingfisher Airlines and Jet Airways, are also not adding any new aircraft.

Among the three LCCs, GoAir plans to add three aircraft to the existing eight. Four aircraft will be added to SpiceJet's 20-plane fleet and IndiGo will add nine aircraft to the fleet of 25 planes. In sum, the three together are to add 16 new aircraft this year, taking their combined strength to 69.

However, government-owned Air India is not adding any and nor is Kingfisher Airlines. Jet is replacing some planes. The three together (excluding Kingfisher Red and JetLite) have 221 aircraft, of which many are for international routes.

Paramount Airways, forced to ground three of its five aircraft due to a dispute with GE Capital Aviation Services, is planning to add six aircraft this year.

"We are cautiously adding three airplanes this financial year. We believe this is the right time to do so, as the passenger number is looking up and yields have witnessed a jump of over 25 per cent," said a GoAir executive, who did not want to be identified.

The LCCs command over half the market share and even Kingfisher Airlines and Jet Airways have converted around 60 per cent of their capacity to low-cost.

Airlines in India had cut 58 per cent of their capacity in the first six months of 2009-19, but they then added 40 per cent in the second half. The industry has added around 58 per cent seats after passenger numbers started to rise in June.

Analysts feel the market is moving towards a low-cost structure and the carriers are adding capacity at the right time.

"The demand for air traffic is growing and it is good to add capacity only if it is calibrated. The whole industry is adding capacity, a move in the right direction," said Nikhil Vora, managing director, IDFC-SSKI.

However, industry sources feel the worst may not be over yet and everyone should be cautious.

"We will completely recover only after one and a half years. Adding capacity now when things are moving up is a smart move but the success of these additions remains to be seen," said M Thiagarajan, managing director, Paramount Airways.
Mihir Mishra in New Delhi
Source: 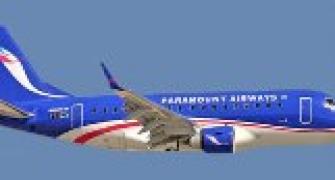 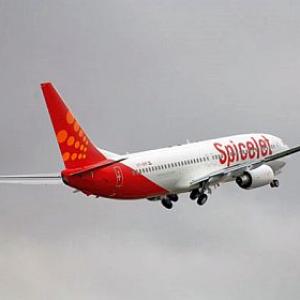 The secret behind Paramount Airways' success