A local civil court in Hyderabad has issued an interim stay restraining Netflix from airing its web series Bad Boy Billionaires-India on a petition filed by B Ramalinga Raju who was convicted in the multi-crore accounting scandal of Satyam Computer Services Limited.

The XXV Additional Chief Judge B Prathima, while issuing notices to Netflix Inc in USA, Netflix Entertainment Services India LLP and the nodal officer, department of electronics and information technology, posted the matter for further hearing on November 18 when the plea came up on Tuesday.

The web series, scheduled for release in India on Wednesday, is promoted by Netflix as an "investigative docuseries" that "explores the greed, fraud and corruption that built up -- and ultimately brought down – India’s most infamous tycoons."

Ramalinga Raju alleged that the so-called investigative docuseries will infringe on his rights of fair trial and privacy, besides defaming and tarnishing his image across nations.

The petitioner requested the court to declare the proposed move to release the docuseries and action in releasing its trailer as amounting to defamation and conducting of media trial pending the adjudication of case against him in the competent courts of law.

In April 2015, the additional chief metropolitan magistrate's court in Hyderabad had awarded seven-year rigorous imprisonment to Satyam Computers founder B Ramalinga Raju and nine others in the over Rs 7,000-crore accounting fraud in the erstwhile IT firm which came to light in 2009.

The ACMM court, which tried the Satyam case probed by CBI, had sentenced Raju and others to rigorous imprisonment for criminal conspiracy and cheating among other offences.

In May 2015, a metropolitan sessions court in Hyderabad granted bail to Ramalinga Raju and nine others and suspended their seven-year rigorous imprisonment sentence after they filed appeals.

Meanwhile, the Supreme Court on Wednesday refused to entertain a plea filed by Netflix against a Bihar lower court order restraining it from using the name of businessman Subrata Roy in its upcoming web series.

On August 28, the Delhi high court had dismissed a plea by Mehul Choksi, an accused in the nearly USD 2 billion PNB scam, to conduct pre-screening of Bad Boy Billionaires-India. 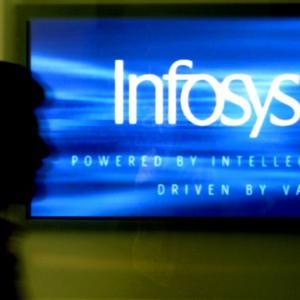