The snacking giant ropes in a new brand endorser to create buzz as Nestle's wafer-chocolate brands, KitKat and Munch, grow 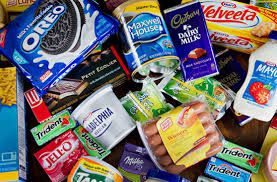 Like Preity Zinta and Genelia D'souza before her, actor Alia Bhatt will bring her effervescence and charm to Mondelez's Perk in new ads for the brand that goes on air this week (releases on YouTube on March 31).

The global snacking powerhouse, which was demerged from Kraft Foods Inc in 2012, has roped in a brand ambassador for Perk after nearly five years.

In the last five years, it had ran a campaign, 'Youth on the run', talking about how the chocolate provided a burst of energy to youngsters in their hectic lives, thanks to its glucose energy.

Why go back to an ambassador now? Because Mondelez is upping the ante in a category that is dominated by archrival, Nestle.

According to data from Nielsen, sourced from the industry, Nestle's Munch had a 33 per cent market share in the calendar year 2014, while its Kitkat had 30 per cent share.

Perk, in contrast, had a share of 23 per cent for 2014, according to the data sourced from the industry.

If one goes by the above numbers, then Munch and Kitkat together corner 63 per cent of the Rs 1,679-crore (Rs 16.79 billion) chocolate wafer biscuit market (category defined in this manner by Nielsen, though for brevity it is simply called wafer-chocolates by industry executives).

Prashant Peres, director (marketing), chocolates, at Mondelez India, says there was a need for a big-name brand endorser and that Alia Bhatt fit the bill well.

"She is bubbly and vivacious and that quality gels well with Perk, which traditionally has emphasised on sparking off the brighter or lighter side of life."

In a sense, Mondelez is bringing back Perk's 'Take it Lightly' positioning, which it enjoyed six-seven years ago.

'Take it Lightly' was both a literal and figurative take on the brand, emphasising, on one hand, the lightness of the wafer snack, and on the other, how one should receive unexpected moments and situations with a smile rather than a frown.

D'souza who was the brand embassador then, brought out this lighter side of the brand with ads such as Perk Poppers, where she was seen dancing and enjoying a bar of Perk that breaks up into multiple round balls or Perk Poppers.

Cut to the present: The 'Take It Lightly' tagline has been tweaked and will now be called 'Jiyo Lightum Light' (loosely translated as Live life lightly).

Bhatt will be seen adding her magic to the brand as she munches on a bar of Perk with her friend.

The first bite of the chocolate brings alive her bubbly side and she goes on to play a prank on two men in the vicinity.

Humour, Peres says, has been a critical part of Perk's DNA over the last 19-20 years of its existence, and will not be compromised in the new ad campaign.

"We are talking to a audience of teens and young adults. Humour is the best language to address them," Peres says.

While leader Nestle could react to Mondelez's new burst of energy for Perk, industry sources say, for now, the company's attention is focused on its new launches, Kitkat Senses and Nestle Extra Smooth.

Kitkat Senses, in particular, is available in two flavours - milk chocolote and dark chocolate - and these are being aggressively pushed on TV, as well as in modern and general trade.

While Munch has cricketer Virat Kohli endorsing it for the last few years, in the past stars such as Rani Mukerji lent their names to the brand.

Experts say that brand ambassadors are critical for a category such as wafer-chocolates, which is an impulse purchase, acting as a light snack during the day.

Youth icons typically lend their charm and wit to the category, which is also fighting for its space in a crowded chocolate market.

Analysts say that the chocolate wafer biscuit market has been growing in single digits in the last few years as the taste for bigger and better chocolates grows.

Both Perk and Munch have been fighting each other on the value-for-money plank as they eye the consumer's share of wallet.

The Rs 5 price-point is key with Mondelez claiming it offers two bars for Rs 5 as opposed to Munch and Kitkat's one bar each at this price-point.