Conditions are fit for a raise in Emergency Liquidity Assistance 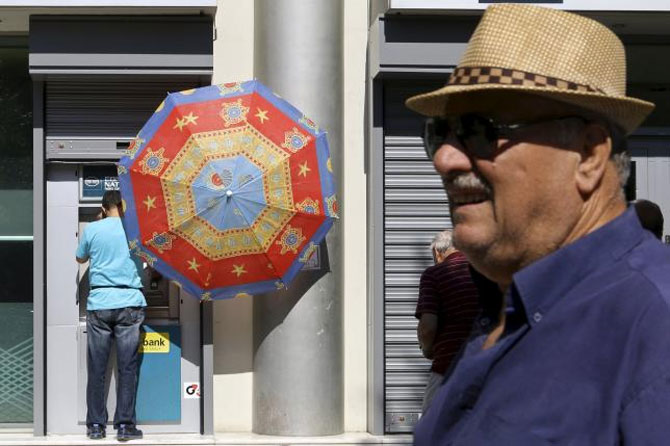 Greek banks will be allowed to draw down more emergency funding, the European Central Bank decided on Thursday, increasing it by euro 900 million for one week.

At a news conference, ECB President Mario Draghi said the conditions had been restored for more Emergency Liquidity Assistance (ELA) after a bailout plan was agreed between Athens and the euro zone.

"Things have changed now. We had a series of news with the approval of the bridge financing package, with the votes, various votes in various parliaments, which have now restored the conditions for a raise in ELA," he said.

© Copyright 2020 Reuters Limited. All rights reserved. Republication or redistribution of Reuters content, including by framing or similar means, is expressly prohibited without the prior written consent of Reuters. Reuters shall not be liable for any errors or delays in the content, or for any actions taken in reliance thereon.
Related News: Emergency Liquidity Assistance, ECB, Mario Draghi, Greek, Athens
SHARE THIS STORY
Print this article