The many loopholes of pension scheme for unorganised sector workers

According to official statistics, half of India’s GDP comes from as many as 420 million workers in the unorganised sector including street vendors, rickshaw pullers, construction workers, rag pickers, agricultural workers, among others. This massive workforce remains outside the purview of the formal banking and insurance industries. The government has announced yet another general pension scheme for the unorganised sector, but experts question low returns and high contributions.

The scheme promises an assured monthly pension of Rs 3,000 from the age of 60 years, in return for a nominal monthly contribution till then.

Similar to existing voluntary schemes, the government will deposit an equal matching share in the pension account of the worker every month.

The government expects at least 100 million labourers and workers to sign up for the new scheme within the next five years.

However, it may have difficulty in calling it the “largest pension scheme in the world”, as mentioned in the interim Budget, experts said.

They pointed to the dismal performance of previous contributory pension schemes in attracting subscribers.

Around Rs 500 crore has been provisionally allocated for the new scheme, with implementation set to begin from the current year.

“If calculated, taking into account core inflation over the past 10 years, the real value of the monthly assured figure of Rs 3,000 comes down to around Rs 500, by the time a person entering the labour force retires decades from now," Delhi-based researcher Kinjal Sampat said.

The new scheme will run parallel to the existing Atal Pension Yojana (APY).

The latter scheme was phased out and subscribers transferred to APY.

Data from the Pension Fund Regulatory and Development Authority (PFRDA) showed that almost eight years later, both schemes have been able to cover a cumulative 10.9 million Indians, way below their targets.

As of August 2018, when details were last released, 40 per cent of subscribers were women.

Rights groups say contributory pension schemes are set to fail since those targeted find the monthly payments too high.

Even least developed economies like Bolivia, Lesotho and Botswana have no-strings-attached pension for the poor, they say.

"The interim Budget announcement is ominously silent about of the most important social protection schemes - the National Social Assistance Programme, which it provides income security to the country’s most vulnerable groups of the elderly, widows and disabled," Delhi-based rights group Pension Parishad said.

The elderly living below the poverty line will continue to receive a paltry sum of roughly Rs 7 per day as income security and widows and disabled Rs 10 per day, it added.

Since the Central government only covers about 35.5 million beneficiaries, more than 70 per cent of the vulnerable population will not be able to avail even these bare benefits.

However, others said the new scheme is more inclusive.

“The new scheme seems to be an extension of the existing APY.

"Another difference is the upper age limit of 60 years in the new scheme as against 40 years in APY," Ashok Varma, leader-social sector, PwC India, said.

According to official statistics, half of India’s GDP comes from as many as 420 million workers in the unorganised sector including street vendors, rickshaw pullers, construction workers, rag pickers, agricultural workers, among others.

This massive workforce remains outside the purview of the formal banking and insurance industries. 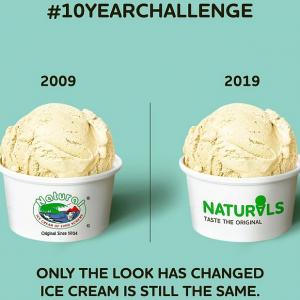