'For the first time in 45 years, unemployment increased'

'Ultimately, people will revolt at one time or the other.'
'You cannot feed the public with cultural issues forever.' "They came back to power on the promise of rapid growth. So, the onus is on them to show their commitment not just by words, but by deeds.'
'But this government seems to be mostly talking about grand ideas," Economist Dr R Nagaraj tells Rediff.com's Shobha Warrier in the concluding part of a two-part interview.

Do you feel this government is high on rhetoric and low on taking any action?

It appears so. There is a lot of rhetoric; like 'We believe in the private sector, we trust the private sector' etc. But the reality is totally different. The reality seems to be governed by enforcing laws very selectively which is causing only fear.

When there was gloom in the economy after the presentation of the Budget, the finance minister came out with boosters for various sectors. Why do you think they did not boost the economy?

As an economist, it was a foregone conclusion for me that they were not going to boost the economy. They made good headlines, but did not have an impact on the economy. I was not at all impressed with the so-called boosters.

Do you feel Raghuram Rajan instructing the public sector banks to declare the NPAs changed the whole scenario for the economy?

True. Before 2014, the yardstick for defining the NPA was somewhat liberal and the NPAs were around 4%. After Raghuram Rajan came, the rules became stricter. Therefore, the NPAs started rising.

The question is what was the underlining idea behind it? It was that some of these banks were promoting certain favoured business houses by continuing to finance them which naturally led to poor banking practices.

Does that mean all banks and businessmen are corrupt?

There are business houses like Kingfisher which probably abused the system. But it is not true that the entire corporate sector is corrupt like Kingfisher is said to be.

If you recall, the economy was growing at 8%-9% until 2011-2012. Many businessmen made huge investments when there was this boom in the anticipation of continued high growth rate. But when the growth collapsed, obviously a lot of investments went bad and they stopped getting the revenues to repay the loans.

You cannot attribute it to wrong lending or bad defaulters. You cannot call this entirely crony capitalism.

In order to curb crony capitalism, the RBI made recognition of NPAs very strict. But it has made only things worse.

The underlining idea of making NPAs strict was that crony capitalism was perhaps rampant and that it needed to be curbed. That was a wrong way of looking at it.

If only economic growth had picked up, a lot of those NPAs would have got dissolved. 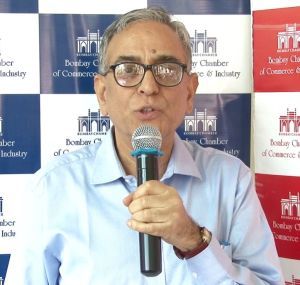 Do you feel today, every businessman is looked at as another Mallya, out to cheat the system?

This seems to be the case. You cannot look at every businessman as a potential Mallya. There are good guys and bad guys everywhere.

One must trust the businessman. During the boom, many businessmen invested in good faith and bankers lent money in good faith. Because of the economic conditions turned adverse, they mainly became bad debts.

Bankers also feel that today they are viewed with suspicion and that is why they are hesitant to take risky decisions...

The bank bureaucracy has to take risky decisions. So, if they are viewed with suspicion, they will feel, why take risks?

This has led to the situation of lack of trust and lack of confidence.

So, it is for the government to set all this right first...

Yes, they came back to power on the promise of rapid growth. So, the onus is on them to show their commitment not just by words, but by deeds. But this government seems to be mostly talking about grand ideas.

There is talk about a global slowdown and many whisper the R word with fear...

Yes, the global economy is in a bad shape. There is no doubt about it. But India is a large domestic oriented economy.

Our exports are only 17% or so of GDP. So, a fall in the domestic demand is far more grave than a fall in export demand.

Our exports have come down, but our imports have also come down, thanks to the lowering of oil prices. So, it is alright.

The real problem is in the domestic investment side. We cannot excuse ourselves by talking about the global slowdown.

India did not suffer very much in 2008 when there was a global recession because we were able to step up domestic demand.

Should we be worried even though we are growing at 5%?

Yes, we should be worried. I am very concerned about the state of the economy.

As per a report prepared by Santosh Mehrotra recently, unemployment has increased by 9 million between 2012 and 2018.

For the first time in 45 years, unemployment has increased. It is a serious issue.

You feel it can lead to social unrest like in the 1970s?

Absolutely. It could easily happen. Ultimately, people will revolt at one time or the other. You cannot feed the public with cultural issues forever. It could turn into a political issue soon.

In 1971-1972, Indira Gandhi came with a thumping majority after the India-Pakistan war and was the uncrowned queen of India.

In 1974, when the economy collapsed, there was a huge political protest. We had George Fernandes leading the railway strike and the JP movement and they basically captured the anger of the young people who did not have jobs.

Therefore, politicians have to learn from history.

What happened to Indira Gandhi is a historical evidence we have of what could happen when the economy collapses, and how quickly public perception could change.