News
Business
Movies
Sports
Cricket
Get Ahead
Money Tips
Shopping
Sign in  |  Create a Rediffmail account
Rediff.com  » Business » 'Every day, we hear about factories closing down'

'Businessmen are reluctant to invest because there is a fear that private investors are being targeted by various agencies.' 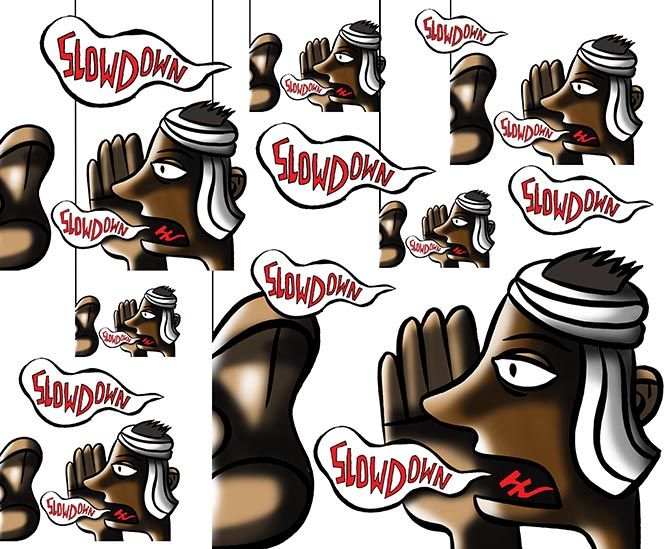 It no longer surprises anyone when each day starts with grim news on the state of the economy: Retail inflation is up; industrial output is down, unemployment is up, auto sales are down...

How grave is the economic situation? Should we be worried?

When we spoke in July, you said the government was in denial mode and unless it admitted that there were problems, the economy would not improve.
After booster doses to various sectors, the finance minister admitted a few days ago that there are problems in the economy. Will things change for the better now?

I am happy the government has finally admitted that there are problems in the economy, and that they are no more in denial mode as they were during the last four years. It is a positive step because at least there is a recognition that there are issues.

But whether it will lead to immediate solutions, we do not know. I sincerely hope the Budget will address some issues.

What are the major problems the economy faces now?

First, the problem is mainly from the demand side and not on the supply side.

Investment demand has fallen, not so much consumer demand. The consumer demand as a percentage of GDP has more or less held up around 59%-60% of GDP.

If you look at GDP from the demand side, there are four components to it. One is the private consumption demand, then government expenditure, private investment and net exports (exports net of imports). And it is private investment that has fallen dramatically.

Basically, the lack of investment demand has been the cause of the problem and it has to pick up for the economy to do better.

Is it due to lack of confidence that private investment is not happening?

There are a couple of reasons for private investment not happening. One is the banking sector has high and rising NPAs and hence banks are reluctant to lend.

More importantly, there is lack of confidence and lack of trust in the economy. Businessmen are reluctant to invest because there is a fear that private investors are being targeted by various regulatory agencies or tax agencies.

You mean the tax jihadism as has been described by many?

Yes. There is a fear of tax terrorism as was said by a person close to the government, a fear that they will be targeted by any of the tax regulatory agencies. Because of this fear, they do not seem to want to invest.

There is also a lack of trust between businessmen and the government.

Do you feel though the finance minister talks about building confidence and creating an atmosphere of ease of doing business, investors do not feel that way at all?

I have written many times that ease of doing business is a bogus index. It is a politically motivated index. No credible investor takes it seriously.

The fear investors seem to have is because of the government's own agencies. These agencies apparently target businessmen to unearth black money. This has led to a lack of trust between the government and enterprises, and that is why they are holding back whatever investment they want to make.

Do you think the mistrust started after 2014? Has it been there for quite some time?

My feeling is the mistrust has increased after 2014.

You will remember what happened to a successful entrepreneur like (V G) Siddhartha of Café Coffee Day. In his dying declaration he apparently wrote about how he was harassed by various government agencies. If this is a reflection of the ground reality, it is a serious issue.

After his suicide, though the finance minister said entrepreneurs would not be harassed, do you feel the harassment continues?

See, rhetoric is different from reality. The disconnect between the two has apparently been increasing.

What should the government do to change this?

First and foremost, you have to improve trust. You should not be seen as a Tax State, out to find fault with entrepreneurs.

Sure, if it is a transparent enforcement of laws, entrepreneurs will not mind it. But if it is done in a way that gives the impression that they are targeted and maybe politically motivated, it will definitely affect investment.

The other thing the government can do definitely is increase public investment.

Economic wisdom is when private investment is going down despite a decline in the interest rate, the way out to regain confidence in the economy is increasing public investment.

Public investment is at a very low level in India now. It is time to step up public investment especially in infrastructure. And that will create demand from the private sector.

For example, if you restart the highway construction programme or build village roads through the Gram Sadak Yojna in a big way, it will show the government's commitment to growth.

But today, the commitment on the government's part for growth does not seem to be there.

It is more focussed on social and cultural issues; non-economic issues rather than economic issues. And within economic issues, they are more bothered about regulatory enforcement, probably selectively. It is a cause for concern.

When the government pumped in Rs 88,000 crore as recapitalisation of PSU banks, many said the lending cycle would start soon. But nothing of that sort happened.

That is because there is no demand. You can take a horse to the water, but you cannot make it drink. It will drink only if it is thirsty.

Every day, we hear about factories closing down one after another. Honda has closed its Manesar plant almost permanently. It clearly shows there is no demand in the market.

Yes, the government can definitely offset this through public infrastructure investment which will send the signal of its commitment to growth.

If you recall, around 2000, what the Vajpayee government did was it started the Golden Quadrilateral road development programme. It gave out a clear signal that they were bothered about reviving the economy.

The next thing the Vajpayee government did was to show their commitment to the Gram Sadak Yojna. It sent the signal that it was bothered about the rural economy and rural infrastructure.

These two had a huge effect on stimulating investment in the private sector.

The present government had to only look back at an earlier NDA government to learn how to revive the economy. 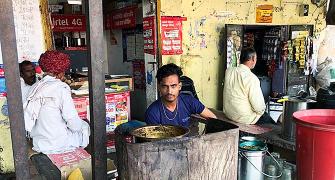