57 per cent of the respondents believed that the jobs situation would improve in a year and only 26 per cent believed that it would worsen, says Mahesh Vyas. 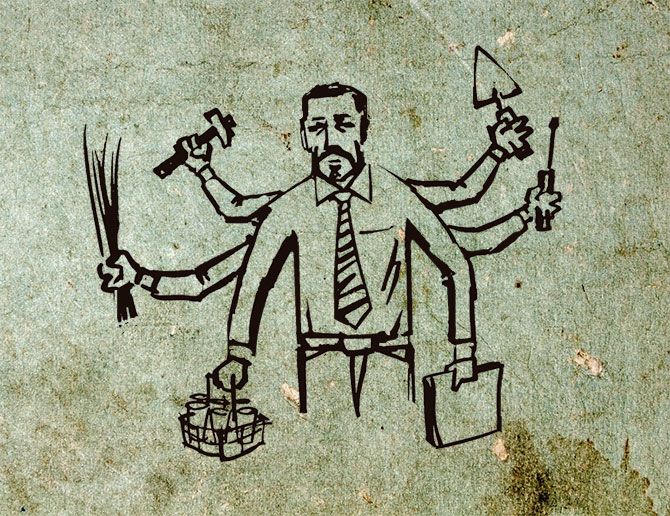 The weekly unemployment rate rose for the fourth consecutive week during the week ended August 11, 2019.

This is among the highest unemployment rates in the last three years.

In the first week of June this year, the unemployment rate had touched 9 per cent.

This was the highest unemployment rate in three years.

The most recent week of August comes close to this peak.

After a rapid fall from the early-June peak, the unemployment rate has been rising steadily.

In the last four weeks, the unemployment rate increased by a substantial 168 basis points.

Given that the unemployment rate has been rising steadily over the past 24 months, such an increase is not entirely unexpected.

During the last four weeks the increase has been an average 42 basis points per week.

The relatively sharper increase in the past four months could be partly a seasonal phenomenon.

During a similar period a year ago - between the week ended July 15 and August 12, 2018, the unemployment rate had increased by 154 basis points.

Apparently, even after discounting notionally for seasonality, the recent weekly trend suggests that the unemployment rate continues its march northwards rather aggressively.

This march of unemployment is stronger in urban India.

The unemployment rate in urban India was 10.3 per cent in the week ended August 11.

The urban unemployment rate has been rising more or less steadily since the middle of June when it averaged 7.9 per cent.

But, the increase during the most recent quarter to a record 10.3 per cent was steep from 9.4 per cent in the preceding week.

The 30-day moving average unemployment rate for urban India was 9.2 per cent.

Weekly estimates can be a little noisy. In comparison, a 30-day moving average is more stable.

This is a rather sharp increase.

If August 2019 ends with such an unemployment rate it would the highest since September 2016 when it was 9.8 per cent.

But, this increased labour participation was not greeted with greater availability of jobs.

The urban employment rate in July was 36.77 per cent. During the first week of August this dropped to 36.74 per cent and in the second week it dropped further to 36.68 per cent.

It is therefore imperative that the urban employment rate increases.

The recent increase in urban labour participation rate is encouraging but, it is important that as labour throngs to the urban labour markets it is greeted with jobs rather than the disappointment of a rising unemployment rate.

This is particularly important because labour throngs the urban labour markets with great expectations in spite of the adverse conditions.

The RBI's Consumer Confidence Survey, which is based on 5,351 respondents from 13 major cities shows that in July 2019, 32.5 per cent of the respondents believed that their employment level had improved compared to a year ago.

But, a higher 45.6 per cent believed that their employment level had worsened compared to a year ago.

On a net basis, 13 per cent believed that their employment conditions had worsened.

This negative experience on the urban jobs front in July was higher than it has been in the past.

Yet, urban India continues to remain hopeful of the jobs condition improving over the coming year.

Similar hopes in the past have been systematically belied by reality.

But, hope continues to survive in a majority of respondents. They should not feel let down.

The author is the MD & CEO of CMIE