'This prime minister thinks he knows everything.'
'He has to consult, he has to talk and he has to mobilise the best people, but having seen him function, I have no expectations from him.' 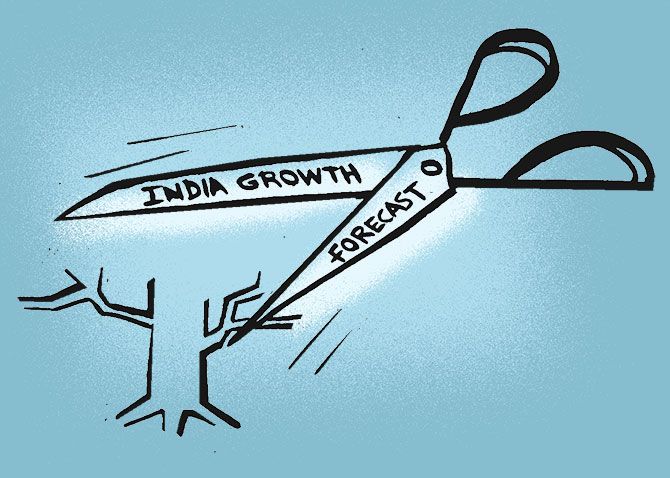 Congress leader Jairam Ramesh worked in the finance ministry under then finance minister Dr Manmohan Singh in 1991 and participated in the economic reforms. He then served in Dr Singh's governments.

"This crisis is far deeper and far more fundamental than what we faced in 1991. It was fundamentally a foreign exchange crisis in 1991. Today, it is a complete collapse of economic activities. It is a decimation of livelihood, and loss of morale and confidence as well," Ramesh tells Shobha Warrier/Rediff.com.

Do you think more than a health crisis, is this an economic and humanitarian crisis for India?

What we are facing is both humanitarian and economic crises, and this is not a short-term crisis, but one that will linger for a couple of years at least.

The crisis is bleak and fundamental.

Fundamental in the sense?

The class character of the Indian State and Indian society has been exposed very, very badly. For example, the manner in which we have collectively reacted to the stress and anguish of migrants.

The manner in which we have allowed the poor and the disadvantaged sections to bear the burden of this lockdown shows how deeply entrenched the class character of the Indian State and Indian society is.

These are longer term issues which are going to redefine Indian society for a long time.

In what way will it redefine Indian society? For example, lakhs and lakhs of people in India depend on daily wages and a lockdown of this long duration has affected their livelihood completely.

One out of three Indians is a migrant of some sort or the other. Internal migration is a locomotive for many states in the country.

The economy of states like Bihar, Odisha, Jharkhand, Assam, Bengal, etc depend on the remittances from workers.

Having seen the kind of wave after the crisis, I have very serious doubts whether we will ever return to the old situation of free migration we had in this country in the past.

Our public health system has been badly exposed.

The so-called Gujarat model has turned out to be a bogus model. I have always been saying there are only two states in the country which have any worthwhile public health system, and they are Kerala and Tamil Nadu.

But our prime minister has shown a lack of sensitivity and lack of compassion for the poor, and for the migrants.

We want to evacuate Indians from abroad, but we don't want to provide logistics facilities for migrants within the country.

This is an awful and appalling commentary on our society.

What kind of repercussions will this have on the Indian economy once the lockdown is over?

In the last 30 years, we had political de-centralisation. But we have already seeing centralisation of power under this government.

I foresee in a couple of years, the Centre will try to assume more and more financial and administrative authority, which is not good for this country.

This country requires states to be more powerful.

This country requires panchayats and municipalities to be more powerful.

Centralisation of financial and administrative powers is what I am bothered about. They will review the powers in the name of consequences of dealing with the crisis.

Do you think we are in an economic situation like what we had experienced in 1991?

This crisis is far deeper and far more fundamental than what we had faced in 1991.

Today, it is a complete collapse of economic activities. It is a decimation of livelihood, and loss of morale and confidence as well.

Like many experts say, do you feel it all started with demonetisation?

Then, this hasty implementation of GST happened. That was the second shock.

Thirdly, the extraordinary powers that the tax officials have been given. This has created an atmosphere of fear and uncertainty.

The economy is in a serious situation now. We will be lucky if we get positive growth in 2020-2021.

I don't think the recovery will be sharp and quick. It will take time.

But we have to be on guard against the over-centralisation that is being attempted in the name of dealing with the crisis.

Do you feel the lockdown has been extended too long, and those who are suffering are the poor?

The longer we prolong the lockdown, it is going to be devastating and disastrous for 90% of the workers in the unorganised sector.

It is going to be disastrous for daily wage workers.

It is going to be disastrous for trade and commerce.

Big industries will somehow survive as they have champions in the government, but the little man will not.

In 1991, when we had a huge economic crisis, we had P V Narasimha Rao as prime minister and Dr Manmohan Singh as finance minister. Do you see people of that calibre in this government to deal with the current economic crisis?

This prime minister thinks he knows everything; he is all important; he is omnipresent. These video conferences are photo opportunities. 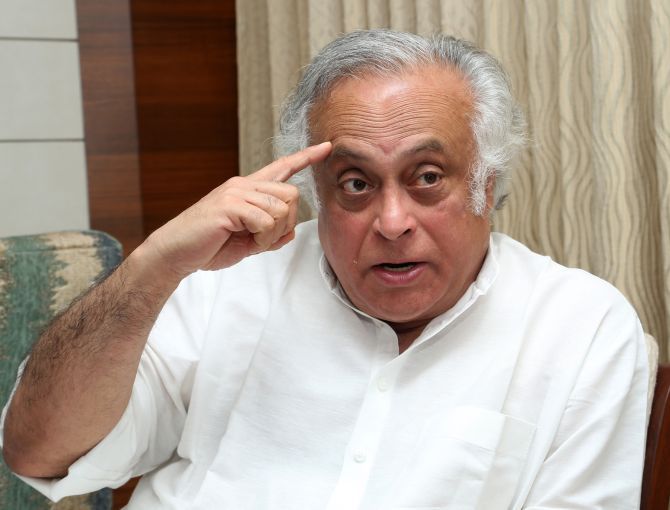 There were no all-party meetings. He has not reached out meaningfully to other political parties.

He has to consult, he has to talk and he has to mobilise the best people, but having seen him function, I have no expectations from him.

Though Moody's predicted a GDP growth of 0.2%, many economists predict negative growth.

I can only say that what will save the economy is agriculture.

But you have to remember one thing, even before the crisis, the economy had slowed down very significantly.

We had six quarters of declining GDP growth.

There was an atmosphere of fear and intimidation in trade, in MSMEs, in industry.

Now, Modi has the perfect excuse for no or negative growth.

The magnitude of livelihood loss was horrendous.

The unemployment rate, however imperfect the measures are, was 7% and was going to balloon.

We understand what the problems are. But the question is, how is the government going to handle it?

We have not seen an MSME package from the government.

We have not seen a package to deal with the distress of the migrant labour.

Some people say this is an opportunity for India to replace China with the kind of anti-China feeling all over the world. Do you think it is an unrealistic idea?

I wouldn't say it is unrealistic. You should certainly try.

Whether the companies wish to leave China want to go to Vietnam or the Philippines or India depends on what India has to offer, the kind of infrastructure and the kind of policies we can offer.

But it is more important to address the problems of the migrant labour than getting investments displacing China.

Right now, the priority is not to get FDI, but provide relief and rehabilitation to our migrant worker population.

We have serious internal problems now which we have to fix first.

What should be the government's first priority?

I am not in the government and anyway, they wouldn't listen to us. But the fact is, it is very clear what needs to be done.

First of all, you have to present a new Budget.

The old Budget was irrelevant to begin with as it was based on all faulty assumptions and faulty numbers.

So, you have to present a new Budget.

Number two, you have to undertake a ruthless review of public expenditure.

I feel the time has come for a complete review of public expenditure and we have to focus on public health single-mindedly.

I would say we should re-look at our defence expenditure.

Why do you need this kind of defence expenditure when the real needs of our society are different? It makes no sense whatsoever.

Number three, there is an urgent need to fix the livelihood of migrant labourers, daily wage earners, workers in the unorganised sector, etc.

These should be the priorities.

You filed a PIL in the Supreme Court seeking directions to the Centre and state governments to ensure universal coverage of Food Security for all.
Do you think the government did not plan properly for the lockdown, and that's the reason why so many people are not getting food?

It has become increasingly clear in the weeks post the lockdown that the government did not anticipate several of the challenges that presented themselves.

The government's last minute announcements with a misleading final date, followed by subsequent extensions further demonstrated that the government's policy was ad hoc and being developed as it went along.

This came at a huge cost especially to those at the margins of society.

We witnessed a massive crisis with regard to the migrant labourers who had been stranded without food, medicines or resources and left to fend for themselves.

Furthermore, when mobility was severely restricted how would food supplies reach those who needed it the most. These concerns should have been anticipated.

It is reported that the Kerala government has been supplying food packets three times a day to everybody during the lockdown...

Yes, some states are undoubtedly doing better than the others. Chhattisgarh as well; it has a robust PDS distribution system.

On one side, we hear about vegetables and fruits rotting, no space in godowns to keep grains and farmers suffering, and on the other side, people are not getting food.
Where did we go wrong, and how can we correct it?

This is what I intended to seek clarity on with my petition. I wanted to identify areas where the PDS ration shops were working well, and where they weren't.

The government has declared an additional entitlement of certain food-grains. But where does it stand in terms of implementation?

That was the purpose of seeking data so that better policy could emerge, which would in turn lead to a more efficient use of resources.

You were the minister for environment in the UPA government. Do you think the world should look at climate change more seriously now?

Yes. It would be a mistake to loosen environmental laws in the name of economic growth or the revival of the economy.

I think in many ways the crisis was brought about by man disturbing the ecological balance.

The way we live with nature has been disturbed.

In many ways, this COVID-19 crisis is a consequence of that.

We should remember what our ancient sculptures say, prakruti rakshati rakshataha (nature protects those who protect it).

If you don't protect nature, nature will react.

The COVID-19 crisis, in many ways, is a reaction of nature to our interference with nature.

In India we have a long cultural legacy of respecting nature. I hope issues of biodiversity conservation, issues of climate change will assume special significance now.

And in the changed world we have entered, protection of nature assumes even greater significance. 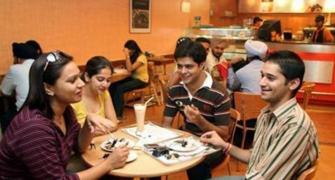