COVID-19 Effect: Modi is unlikely to give up new powers

Four decades of federal evolution made India more secure, but coronavirus is reversing that.
Modi's central government has tasted power again and is unlikely to give it up, notes Shekhar Gupta.

When so much hypocrisy and sanctimonious talk truly begin to assail your senses, you turn to a true Punjabi to cut through the clutter and tell it like it is.

Better still if it's a soldier-turned-politician and still not afraid to tell it like it is.

As Punjab Chief Minister Amarinder Singh did earlier this week.

In that remarkably brave protest, he also underlined the biggest coronavirus-induced change in our larger national politics and governance, the return of an almighty, domineering Centre after 35 years of weakening.

Let us explain how.

Speaking to a Punjabi news channel, he questioned the Centre on its sweeping, nation-wide ban on liquor sale.

What has liquor got to do with this coronavirus, he asked.

Coronavirus spreads, he said, from an infected person's phlegm or saliva.

Now you freely allow the sale of vegetables and fruits where these may have fallen and which may be carrying the virus widely.

But you ban a sealed bottle of beer where none of these fluids can get in.

Now spare us the jokes about the old Punjabi veteran calling a Patiala pPeg, what else, but a Patiala Peg.

The former maharaja of Patiala is by no means a teetotaller. But nor is he complaining because his bar or cellar is running dry.

He is exercised for a pretty good reason central to his governance: His exchequer is running dry.

Traditionally, alcohol and petroleum fuels are two things that a state can tax directly, the latter in addition to already sizeable central excise.

This is particularly so after goods and services tax came into place where the revenue first goes to the Centre and then the respective state's share is dispensed to them.

Alcohol is fully within the state's domain.

That is why it's been the main revenue source of our mostly bankrupted state government finances.

The pandemic called for extraordinary measures.

And a nationwide response. The Modi government, therefore, invoked the 1897 Epidemic Diseases Act and the fairly new Disaster Management Act of 2005 to give itself extraordinary powers to impose the lockdown and to also decide what will remain open or shut.

Among the activities it prohibited specifically was liquor sale.

It has driven our already bankrupted states deeper in a crisis.

Further, it has made them beg even more desperately before the Centre for money, or oxygen to their states's survival.

Now you know what Amarinder is complaining about.

Most other chief ministers have the same grievance.

It's just that, because it is liquor nobody wants to talk about it.

Amarinder isn't weighed down by any such hypocrisies. The important thing is, today, he has had to plead with the Centre for at least a little leeway with a power that was always our states' own.

That's why we say coronavirus has brought back the all-powerful Centre we thought we had been leaving behind about 1989 onwards.

Alcohol is just a symbol, if a particularly interesting one, of this big shift back in time.

We now have empowered central teams going to different states, not to survey the damage caused by a flood, cyclone or drought to determine the size of central relief.

They are going to monitor and audit how the state governments are managing the crisis, and whether or not they are following the Centre's orders fully.

They are asking questions, demanding information by lawful right and admonishing state governments.

And state governments are complying.

Maharashtra, to begin with. It's been probably the friendliest of all.

Rajasthan too has been smooth. The only one that had been defiant yet, Mamata Banerjee's West Bengal, is also falling in line.

The central team is requisitioning its medical records, auditing all fatalities to check if the figures the state is putting out are true or fudged. IMAGE: Modi discusses the coronavirus pandemic, the lockdown and the state of the economy with chief ministers, April 27, 2020. Photograph: PTI Photo

Even if kicking and screaming, the state government has been dragged to not only answer some of these questions but also carry out a somewhat drastic revision of its fatality numbers.

Between Thursday and Friday, for example, the state raised its figure of Covid-related deaths to 57 from 15.

It is not as if a lot of people had just dropped dead overnight.

These were the deaths of patients who were positive but were ascribed to co-morbidities.

These figures are not large.

But we are not sure how many decades it has been since the state of West Bengal, which pretty much functioned as a republic in its own right, first for 34 years under the Left and now for a decade led by Mamata, has been treated like this.

If you don't think the change is significant, remember the same chief minister has been refusing to attend the prime minister's meetings and conversations with chief ministers, declining to welcome him at the airport and even defying him to drive from the airport to the city.

It also fought with the CBI to protect its favourite IPS officer from arrest, and won that battle.

This change has been brought in entirely by the pandemic and the special powers the Centre has endowed itself with -- lawfully of course.

But the main reason the powers are being deferred to is financial.

With all local businesses shut, property transactions over, petrol/diesel sales down to almost zero because of the lockdown, and the liquor ban, states have no revenues.

They were already running large deficits.

Now many will soon struggle to pay staff salaries. Even then relief for the poor now comes directly from the Centre.

For more than three decades, as the Congress party, especially under Indira Gandhi, held sway, we were federal only naam ka vaaste.

Most states were under the Congress and no chief minister dared to even move a DM or an SP without the Centre's nod.

Congress chief ministers could be dismissed with the wagging of a contemptuous finger by the party chief at an airport (Karnataka's Veerendra Patil in 1990 by Rajiv Gandhi) or if it was an Opposition government, it would be dismissed using Article 356.

After the Emergency, it changed a bit.

Although Mrs Gandhi returned in 1980, the impulse for autonomy in Punjab and several other states forced her to concede some ground, at least for argument's sake.

In 1983, she set up the Justice R S Sarkaria Commission to review Centre-State relations.

A voluminous report was produced, which I reported on, along with an interview with Justice Sarkaria for India Today.

She, and then Rajiv, had the power, however, to toss it.

India's politics changed with the Congress party's loss of national domination in 1989.

Over these decades, India has moved towards real federalism.

And there is enormous evidence to show it has worked.

India is now more prosperous -- or, ok, less poor per capita, if that's what some of you would prefer, than before. Economic growth rates have improved consistently.

Most importantly, the one fear the Congress always held out, that the rise of regionalism will break up the country, has been totally belied.

In India, federalism and a sense of national security and integration have grown together.

If India is now more secure than ever in its history, internally and externally, then four decades of federal evolution have something to do with it too.

This is what is reversing now.

Helped along, of course, by Narendra Damodardas Modi's method and style.

The pandemic has brought about the moral justification.

We can see a mirror image even in the US now as Republican and Democratic states jostle for federal funding and Donald Trump thinks he can order states when to open up and how much -- and even overrule the decisions of a Republican governor (Georgia) to reopen on May 1.

These are unusual times and these shall pass.

But will all these changes be reversed? In America, the institutional structures are more robust.

Here, will the Centre, once it has tasted such power under Mr Modi, go back and shrink again?

The history of our politics does not hold out much reassurance. 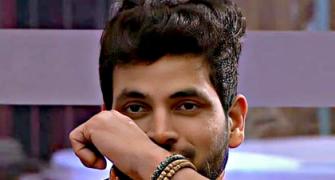 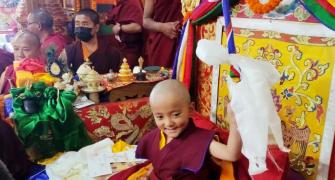 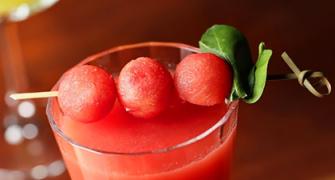 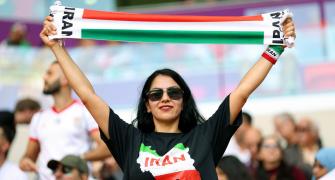