'We will have to wait for one more year to cross the 7% mark, which should be possible in the absence of any disruptive reform,' points out CARE Ratings Chief Economist Madan Sabnavis.

The government on Friday, January 6, said it expected the country's gross domestic product to grow 6.5 per cent on a year-on-year basis, compared with 7.1% in 2016-17. CARE Ratings Chief Economist Madan Sabnavis wants to read the numbers brought out by the Central Statistics Office with caution. These are his seven reasons.

The first advance estimates for FY18 GDP growth should be viewed with caution. This is because the estimates have been compiled by extrapolating numbers available for 6 to 8 months on different variables against the full year. Hence, it is more of a statistical exercise and does not take into account any new information.

This said, the fact that growth will be 6.5% is significant as it is even lower than the Economic Survey assumption of 6.75 to 7.5% for the year.

Hence, it is not expected to be higher than the base mark which means that it would be lowest in the past three years. The effects of demonetisation and GST have played some role here.

This means that the private sector investment is not expected to pick up this year and will be showing a declining trend, as there is evidence to show the government spending is on track, given the fiscal numbers.

Third, the difference between gross value added (GVA) growth and gross domestic growth (GDP) growth is 40 basis points, which is again significant as it means that there is an assumption that net indirect taxes would be increasing.

That means that GST impact would be positive for revenue collections and could signal reversal of the present trend witnessed in the market.

Fourth, the government sector is again the leader in terms of growth at 9.4% on top of 11.3% last year.

Clearly, the overdependence on the government cannot be missed and this also means that until private sector investment picks up or household consumption increases, fiscal deficits have to be made flexible to keep growth ticking.

This could mean the government is not targeting 3% mark for FY19, but taking on a number between 3% and 3.5% depending on the final outcome for this year.

Fifth, the manufacturing sector is the major disappointment with 4.6% growth, which should ideally be in the 8% to 9% range.

This also reflects that the Central Statistics Office does not expect corporate profit-and-loss accounts to look any better in the last two quarters, as the value-added numbers are based on their statements.

Also, the Index of Industrial Production growth for the entire year would not really pick up steam.

Sixth, despite a normal monsoon, the overall growth of the primary sector covering agriculture and allied activities would be lower than last year. Implicit is that the lower rabi sowing would not give a robust harvest this time.

Seventh, the reforms in real estate could have been a deterrent for this sector, which has kept construction growth at a lower level.

Assuming this growth number holds, two things can be said.

First, the fiscal deficit number for the year, other things being constant, would go up as it was based on higher nominal GDP growth number.

Second, we will have to wait for one more year to cross the 7% mark, which should be possible in the absence of any disruptive reform -- that is definitely not expected. 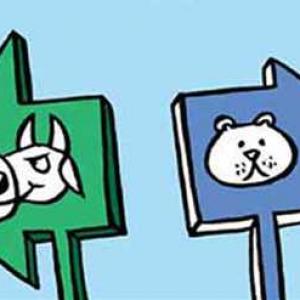