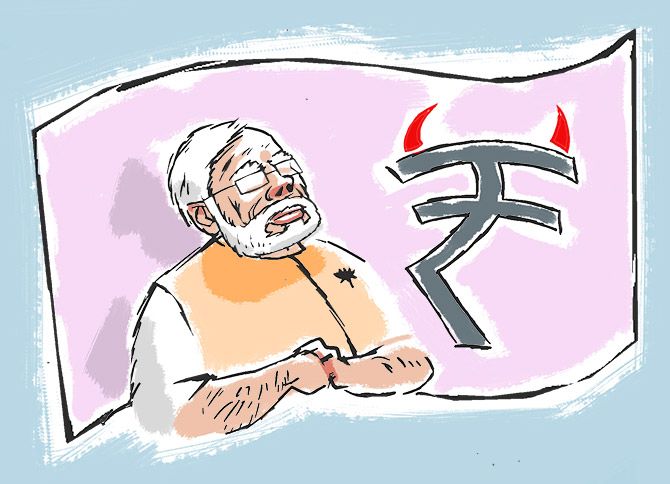 As we step into 2020 and battle for new ideas on how to grow our economy and create jobs, it is probably time to find inspiration in this piece of advice given nearly a hundred years ago by French writer/philosopher Marcel Proust: 'The real voyage of discovery consists not in seeking new landscapes, but in having new eyes.'

This line of thinking may be useful in redefining the role of cash in India's economy. Indian policy-makers and politicians seem to agree that the main villain that stands between India and a super-high growth economy with abundant tax revenue and jobs is the extensive role of cash in the economy.

If only cash could be banished and all transactions in every sphere of life be done through digital/electronic means, they believe we would reach utopia.

This belief is as widespread today as 'socialism' used to be in the 1960s.

Let's follow Proust's advice and take a relook at these assumptions. To start with, let's do an analysis that is the staple of data mining -- the co-occurrence of words in the Indian public discourse with the word 'cash'.

You will find words such as 'money-laundering', 'black money', 'bribery', 'tax evasion' and not 'convenience', 'cheap' or 'ease-of-use' associated with cash. This shows how deeply embedded our vilification of cash is in the English-language media discourse in India.

How did such a simple tool as a currency note come to acquire a Ravana-like reputation for capturing our innocent Sita-like businessmen and forcing them into such morally corrupt things as tax evasion, money laundering and bribery?

Anecdotes about the bad things cash enables one to do are aplenty, with the implied note that if cash did not exist, such corrupt practices as donations to political parties, paying for real estate or selling real estate partly in cash, paying or receiving bribes would not be possible.

But dig a little deeper and the crimes possible with cash are really bizarre: Setting up entities in special economic zones, creating fake invoices to foreign parties and receiving remittances from them, thereby creating tax-free incomes or creating fake start-ups and booking and receiving revenue into them from non-existent customers who are given cash but pay the money back by cheque.

A 2017 book, The Curious Case of Black Money and White Money, by Varun Chandna lists and describes such bizarre practices in detail.

What is the worldview that drives the pursuit of such business models? To dive deep into this, through the good offices of a journalist friend who comes from a traditional Indian business, I spent a few days listening to the perspectives of such businesspeople. Here are some of their strongly held beliefs that I unearthed.

Belief 1: Never pay taxes because the only purpose of taxes is to provide and maintain jobs for bureaucrats who serve no useful function in society. The taxes I evade I will use in my business, which creates jobs for ordinary people and provides useful products and services for society.

Belief 2: Never try and use technology to win against competition and grow your business. The most reliable way to succeed in business is to cultivate personal relationships and use that goodwill to get orders, and this is best done by approaching potential customers who have some family or have community connection with you.

Belief 3: Always be ready to reward people who send orders your way, or help you in collecting money faster, even more so if they are government officials -- they are poorly paid and need to be compensated by you for the help they give you. If some people call this corruption, disregard this; they don't know how business is done in real life.

If this is the ingrained belief among traditional Indian businesses who, incidentally, account for 60 per cent of the country's gross domestic product and employment, then who are the main voices in the anti-cash chorus?

First come the banks. They hope that the banishment, or at least a reduction in cash use, would reduce the demands on them to open more ATMs.

ATMs, which started out as a cute and customer-friendly innovation, have turned out to be expensive and complex to manage, what with the need to keep ATMs filled with currency notes at all times. Thus, commercial banks are the first voice in the anti-cash chorus.

They are joined by the foreign private equity and venture capital providers who operate in India: These folks fund fintech start-ups whose future depends on the size and scale of non-cash transactions in India.

Then come the e-commerce retailers. Indian e-commerce customers seem adamant about paying for goods they order on e-commerce sites by cash once the goods are delivered to their homes -- the so-called cash-on-delivery model.

Except that Indian e-commerce customers, who use the cash-on-delivery model, also tend to return goods if the delay in delivery is more than a couple of days, and this happens with 70 per cent of the orders.

This leaves the e-commerce company with the labour and cost of carting the goods back to their warehouses. The return rate among customers who use credit or debit cards or bank transfers, though, not surprisingly, is just 3 per cent.

While the anti-cash and pro-digital slogans and placards private equity and venture firms hold, on the face of it, seem to be driven by a desire to modernise the Indian economy, the hidden reality is that they want to 'flip' their start-ups (fintechs) to foreign companies, mainly American and Chinese -- who gain a back-door entry into the Indian economy.

This is why we need a balanced view about the role of cash in the economy and not one of these two extremes. 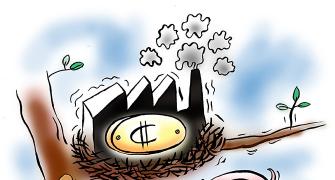 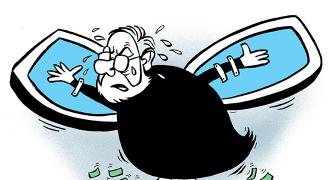