It isn't often that an Indian company and the subsidiary of an MNC come together. This merger, Bhupesh Bhandari believes, will be watched keenly by management gurus the world over. 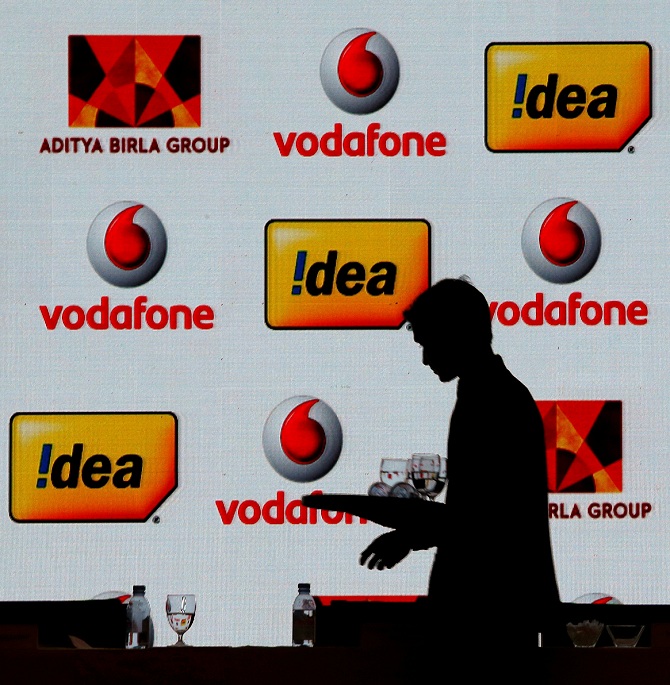 IMAGE: To begin with, the Aditya Birla group will own 26 per cent of the company, while Vodafone will get 45.1 per cent. In four years, the Indian partner has the option to buy shares from Vodafone with a view to equalise shareholdings. The agreement provides equal representation for the two on the merged company's board. Photograph: Danish Siddiqui/Reuters.

The merger of Vodafone and Idea Cellular will be watched keenly by management gurus the world over. It is not often that an Indian company and the subsidiary of a multinational corporation agree to come together.

Both are large organisations with distinct cultures. It will be interesting to see how the merged entity will integrate the two cultures. It has a challenge on its hands -- studies suggest a majority of mergers fail in this crucial aspect.

What they will also watch out for is control of the company. To begin with, the Aditya Birla group will own 26 per cent of it, while Vodafone will get 45.1 per cent. In four years, the Indian partner has the option to buy shares from Vodafone with a view to equalise shareholdings.

The agreement provides equal representation for the two on the merged company's board.

The fact is that the days of equal partnership are long over. It will need deft interpersonal skills on the part of both to keep the show going.

And it will have two brands at its disposal: Vodafone and Idea.

There is some speculation that both the brands will be kept alive -- Vodafone for the urban market and Idea for the rural market. That may be unwise.

Two brands will lead to extra expenditure and mixed messaging. If the whole idea behind the merger is to achieve synergies and cut costs, there is no reason why both the brands should continue.

At one time, Bharti Airtel had two brands: Touchtel for landline telephony and Airtel for mobile. It soon realised the folly and decided on Airtel for all services: Landline, mobile, DTH, payments bank.

Also, the significance of brands is often over-played in telecom.

In the past, several brands, including national ones like Hutch and regional ones like Spice and Escotel, have vanished without causing a ripple in the market. Their subscribers without a murmur of protest moved on to the brand of the acquirer.

Of course, there will be sizeable synergies when the operations are merged, though the announcement that the full benefits will accrue from only the fourth year has somewhat dampened sentiments.

Vodafone and Idea Cellular have about 300 MHz of spectrum each for voice calls. Of this, 400 MHz is good enough to handle the voice traffic from the merged entity's 400 million subscribers -- the remaining 200 MHz it can deploy for data. The subscribers are going to love it.

The merged entity will have on its books debt of over ₹1 lakh crore, but it will come down after the tower assets get sold.

The merger comes at a curious time.

Reliance Jio's offer of free data ends on Friday. It will be interesting to see how many of its 100 million subscribers convert to its tariff plan.

Called Prime, the plan is really attractive: 30 GB of data every month for ₹303, plus an annual membership fee of ₹99 (voice calls, of course, are free). However, most networks have come out with similar plans.

By all accounts, most Reliance Jio subscribers are also on another network; given the uniformity in tariffs, it is possible that all may not choose to go for Prime.

The battle of networks has entered its most decisive phase.

Everybody is bracing up for a tough few quarters ahead. The industry's revenue is in decline, thanks to the tariff war -- by up to 5 per cent quarter on quarter, if some experts are to be believed.

This is bound to impact the government's telecom revenue in the days to come because it collects a whole lot of levies from the networks, based on their (adjusted gross) revenue: Spectrum user charge (6 per cent, on average), licence fee (8 per cent), and contribution to the Universal Services Obligation Fund (5 per cent).

Also, there won't be too many takers for spectrum in the days to come. Bharti Airtel is well stocked for at least a couple of years. The Vodafone-Idea combine has no shortage of airwaves.

Besides, the industry is groaning under a debt of over ₹3 lakh crore. The banks are worried about their exposure to the sector.

With their revenues under squeeze, it is difficult to figure out from where the networks will find the money to take part in spectrum auctions.

Maybe the government will wake up to the crisis in telecom once its revenues get hit.

The prime minister has clearly slipped into election mode, and his government will need money to create a favourable impression on voters in the next couple of years. 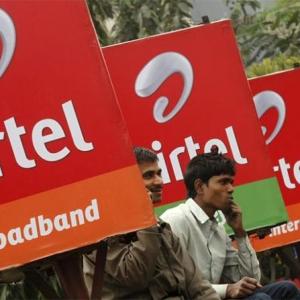 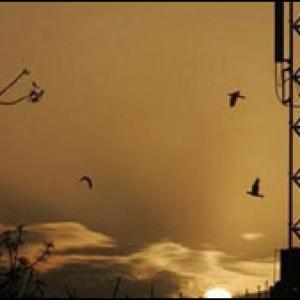 COLUMN: The Supreme Court and spectrum