Mukesh Ambani is stringing in new partnerships within the Reliance ecosystem with the best in global business -- from Facebook, Google and Microsoft to umpteen sovereign wealth funds and a soon-to-be-declared strategic partner in a big global retailer, notes Shailesh Dobhal. 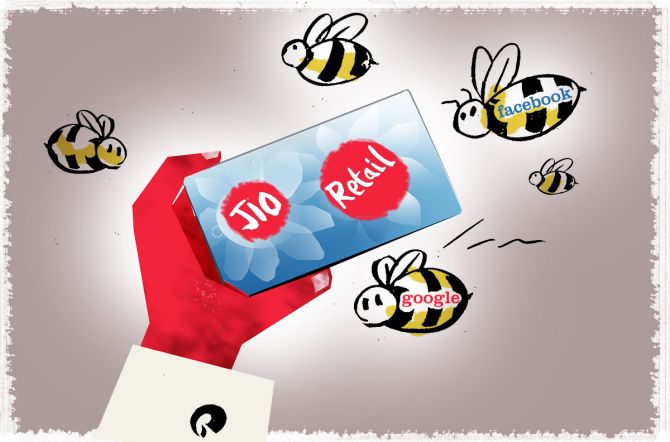 The country's biggest oil firm making a huge and successful foray into the telecom space four years ago was truly a transformative move in the life of the 54-year-old company that started as a polyester trader and later got into petroleum and refining.

Reliance Industries got into retail in 2006, and these decade-or-so old consumer and technology-centric businesses now account for over a third of its Rs 6.59 trillion revenues.

What's more, the Mukesh Ambani-led conglomerate intends to mesh all consumer businesses into an integrated digital play and take the world by the 5G-storm by announcing an indigenous, homegrown solution for the technology, which is just being rolled out across the world.

The sight of world leaders in Internet search, e-commerce, social media and much else beating a path to Reliance's door for a pie of what, not so long ago, used to be just another oil firm is interesting.

Are there any Reliance-like business transformation parallels in Indian corporate history post liberalisation? Well, yes and no.

Though there have been many successful businesses that have emerged in the intervening three decades -- think Airtel, IndiGo, Flipkart, Paytm, Oyo, Ola, Byju's, DMart -- they have all been new firms cropping up to meet new opportunities.

Mobile telephony for Airtel, aviation for IndiGo, digital payments for Paytm, you get the drift.

In fact, it is difficult to think of an RIL-like example even globally, as even there most big successful businesses of the last two-three decades are invariably new players -- from Google, Facebook, Amazon to Netflix, Uber, Tesla and Alibaba.

Perhaps one of the few in the league of RIL globally is the Masayoshi Son-founded SoftBank Group that successfully pivoted from being a PC software distributor and a telco to a technology-focused investor with over $100 billion corpus.

Closer home, perhaps only Kolkata-based ITC can lay claim to an RIL-like transformation.

ITC's erstwhile high-profile chairman, the late Yogesh Chander Deveshwar, helped turn the tobacco major into an agri and consumer products marketer, so much so that cigarettes now account for less than half of its Rs 46,323 crore gross sales.

For a firm with a chequered global history steeped in tobacco, selling more of wheat flour, biscuits, noodles, potato chips, soap and shampoos than cigarettes would have been unthinkable, an anathema even, till a decade back.

Reliance used profits from its oil business to enter sectors that need deep pockets like retail and telecom.

ITC too pivoted to being a fast moving consumer goods firm in a sector dominated by global behemoths like Hindustan Unilever by banking on huge profits from its tobacco division.

Even now, both firms depend heavily on their original core businesses -- oil and petrochemicals for Reliance (accounting for almost two-thirds of its operating profits), and tobacco for ITC (over three-fourths) -- to keep showing healthy financial metrics and keep key stakeholders engaged.

Importantly, investors and markets have started valuing them less and less as an oil (Reliance) or a tobacco (ITC) firm and more as high-value technology and consumer bets.

In some sense, what Reliance is trying to do has striking parallels with what SoftBank too has been up to all these years.

Son's strategy is of building loosely aligned firms -- what he calls 'cluster of number ones' through partnerships -- across industries and geography that capture consumer data and dovetail with his core belief of 'whoever controls data controls the world', and strengthens his vision of making SoftBank the numero uno company in the world.

Ambani, on the other hand, is working assiduously on his 'data is the new oil' strategy by stringing in new partnerships within the Reliance ecosystem with the best in global business -- from Facebook, Google and Microsoft to umpteen sovereign wealth funds and a soon-to-be-declared strategic partner in a big global retailer.

A deep commitment to the domestic market and the India story binds the vision of Ambani and the late Deveshwar.

Perhaps the only difference among Ambani, Son and Deveshwar is that while the first is a second-generation promoter-manager, Son is a first-generation entrepreneur and the last was a professional manager. 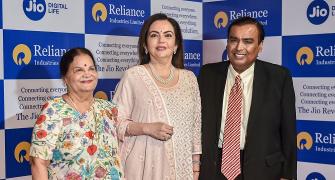 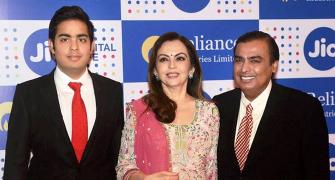 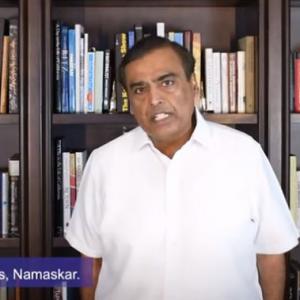