News
Business
Movies
Sports
Cricket
Get Ahead
Money Tips
Shopping
Sign in  |  Create a Rediffmail account
Rediff.com  » Business » If rupee depreciates 10%, these Indian cos will be in serious trouble

If rupee depreciates 10%, these Indian cos will be in serious trouble

Since most Indian firms have kept their forex exposure unhedged, credit profile of companies in the highly sensitive sectors such as oil & gas, metal & mining, airlines could weaken substantially, says Anup Roy. 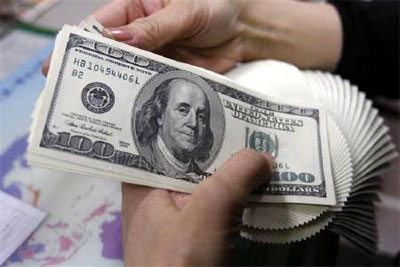 Indian companies may have bet too much on rupee stability as they have kept most of their foreign currency exposures unhedged, reveals a first-of-its-kind detailed study by India Ratings & Research (Ind-Ra).

Analysing the financials of top 100 foreign currency borrowers, the rating agency determined that these companies have kept 64 per cent of the gross foreign exchange (forex) exposure of Rs 19.5 lakh crore unhedged.

Oil and gas, metal and mining, power, and telecom sectors accounted for 75 per cent of the gross forex exposure.

- These companies have 28% of total bank advances, but hold 82% of total forex debt

- According to RBI, hedge ratio for all Indian companies was 15% in July-August 2014

- Sensitive sectors such as oil and gas, metal and mining, airlines have unhedged exposures

- If rupee depreciates 10%, credit profile of 42 of the 54 corporates holding Rs 8.9 lakh crore of debt could weaken substantially

In a scenario where the rupee depreciates by 10 per cent, the rating impact on these companies could be severe, warned the agency.

Of the 100 companies, 29 firms that are in sub-investment grade or have default or no rating could be “highly vulnerable,” given their existing weak financial strength.

But the impact on the rest 71 investment grade companies, with a hedge cover of 38 per cent, could be cushioned, “given their strong business model and financial strength,” the report said.

Banks were to coerce their clients to hedge their exposure, if there was no natural hedge available.

But analysts say the hedging remained stuck in the range of 32-36 per cent of total exposure despite RBI diktat.

What is perhaps surprising, according to Ind-Ra report, is that highly sensitive sectors, such as oil and gas, metal and mining, airlines, chemical and fertiliser, paper and paper products, have the most unhedged exposures, and therefore, adverse rupee movement could lead to “sharp deterioration in their credit profile.”

These sectors together have 63 per cent of Rs 13.5-lakh crore of gross exposure unhedged as of FY16. If rupee depreciates, export sectors such as pharma, information technology, gems and jewellery with unhedged exposure of Rs 1.2 lakh crore would benefit.

Sectors such as power, telecom and textile having a low-to-moderate sensitivity to forex movement could witness “some deterioration in their credit profile, primarily on account of large unhedged exposure of 65 per cent to 70 per cent.”

“On the other hand, sectors namely auto and automotive suppliers and cement are likely to benefit, as these have nearly 70-100 per cent of their forex exposure hedged.”

The low-to-moderately sensitive sectors have a gross outstanding exposure of Rs 4.8 lakh crore.  Currency dealers say the primary reason for the high unhedged exposure could be rupee’s relative stability.

The study envisages a scenario where rupee would depreciate by 10 per cent and the London interbank offer rate, Libor, would rise 50 basis points (from 1.3 per cent now).

Both are unlikely to happen as the “agency does not anticipate any runaway rupee depreciation.” Nevertheless, the sensitivity analysis points to the fact that currency volatility could catch Indian companies off-guard.

Currency dealers point out that Indian companies are not hedged properly, but a lot of the hedging is taken care of ‘natural’ hedge, which means an importing company also exports finished products, thereby minimising exposures by netting off.

Indeed, many companies provide in their annual reports numbers on a netted basis.

Jamal Mecklai, head of Mecklai Financial, said companies have shown reluctance to hedge, considering high hedging cost and also because most of them have natural hedges.

However, now that the forward premium has fallen, it indicates a depreciation bias for the rupee. “The companies have increased their hedging recently and it will increase going forward,” Mecklai said.

“On a gross basis, the unhedged exposure would look big, but most companies have natural hedges and that’s why they take it relatively easy,” Mecklai said.

According to Bansi Madhvani, analyst with Ind-Ra, natural hedge notwithstanding, even on a net basis, the trend is that Indian companies are neglecting on their hedging practice.

In any case, the upcoming liability for Indian companies itself is reason enough the companies take their unhedged exposures seriously.

According to the Ind-Ra study, the upcoming maturities in FY18 could amount to Rs 84,100 crore. According to the rating agency, 73.2 per cent of these obligations are unhedged.

“Given that Rs 37,200 crore of obligations reside with high negative impact corporates, heightened forex pressure could keep them vulnerable in FY18,” the agency said.

External commercial borrowings form about 46 per cent of the forex debt of 100 borrowers. On a conservative estimate basis, Rs 79,300 crore and Rs 57,900 crore of obligations are coming up to be paid back in FY19 and FY20, respectively.