There is no other vegetable that can be eaten in any shape, or at any consistency than the potato, says Vir Sanghvi.
All illustrations: Uttam Ghosh/Rediff.com 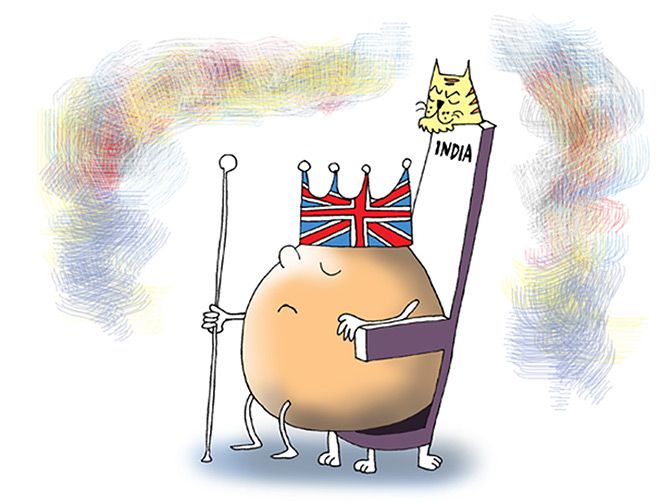 If the vegetable kingdom were actually a kingdom, which vegetable do you suppose would be the king? If you answered 'artichoke' or 'asparagus' or any other exotic vegetable, I would have to disagree with you.

I think the answer is clear.

The potato is the king of vegetables.

This is a case I am prepared to fight to the end.

And my reasons for backing the humble tuber's nomination are easy to set out.

First of all, there is the potato's versatility.

How many vegetables can you think of that can be eaten in any shape or at any consistency? You can boil or bake a potato whole and enjoy its flavour.

You can cut it into little pieces and make a subzi with it.

You can slice it thinly and get delicious potato crisps from it.

Or you can abandon the shape entirely and pulverise the potato to nothingness.

Even then, as mashed potato, it makes for a classic dish.

You can also cook the potato any way you like.

You can boil it, roast it, bake it, fry it or cook it in a subzi, and it will still taste as good.

I am hard-pressed to think of a single vegetable that can be cooked in so many different ways and still give up none of its delicious characteristics. Apart from versatility, there is also the remarkable speed of the potato's rise.

As is well known, the potato was virtually unknown in most of the world till the Spanish brought it from South America.

Though it reached England in the sixteenth century, it took another two centuries to become widely available throughout Europe. 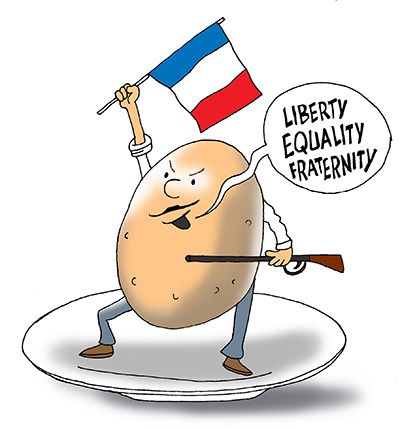 Once that happened, there was no stopping the potato.

For instance, the French Revolution was accompanied by another revolution -- the introduction of the potato into French cuisine -- that was almost as farreaching in its consequences.

Paris went so berserk over potato dishes that the royal Tuileries Garden was transformed into a potato field in the centre of Paris.

In Ireland, the potato became such a staple that when a fungus wiped out the crop in the 1840s, the population starved and millions died (or went off to America). 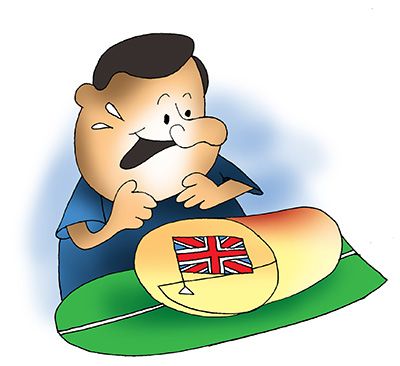 To have some sense of how quickly the potato has spread throughout the world, consider the rise of the potato in India.

It was brought here by the British (though some claims have been advanced for the Dutch) and you would have thought that Indians might have regarded it as an alien vegetable.

Instead, we took to the potato with a rare enthusiasm and within a century of its widespread cultivation, it had become an integral part of the Indian diet. The next time you sit down to a plate of puri aloo or eat an aloo paratha or bite into an aloo samosa, consider what would have happened if the British had not taken it upon themselves to cultivate the potato in India.

Perhaps these dishes would have evolved anyhow as the potato made its way to our country through trade, but I doubt very much if potatoes would have become as central to our cuisine as they are today.

Even the south, which prides itself on its vegetable tradition, has come to terms with the fact that the single most popular south Indian dish in the world -- the masala dosa -- is made with potatoes. 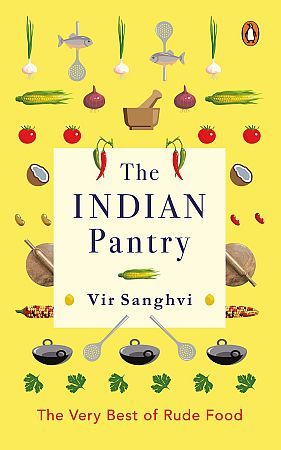 Excerpted from The Indian Pantry: The Very Best Of Rude Food by Vir Sanghvi, with the kind permission of the publishers, Penguin Random House India. 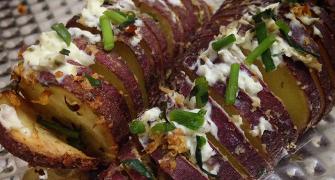 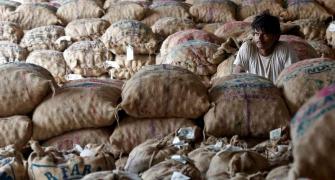 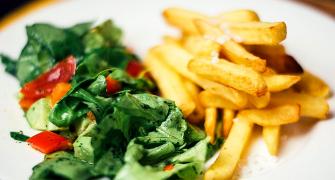 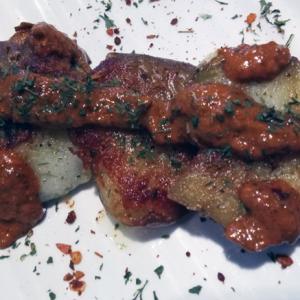 Recipe: How to make Cajun Potato