How many of these have you visited?

The winners of TripAdvisor's Travelers' Choice Awards have been announced.

Gathered over 12 months, the awards recognised 759 landmarks across 68 countries and eight regions across the globe.

Presenting the Top 10 Indian landmarks that made it to the list. The historic Taj Mahal pictured from across the Yamuna river in Agra. The monument of love on the banks of Yamuna is frame-worthy from every angle, any time of the day.
Photograph: Saumya Khandelwal/Reuters 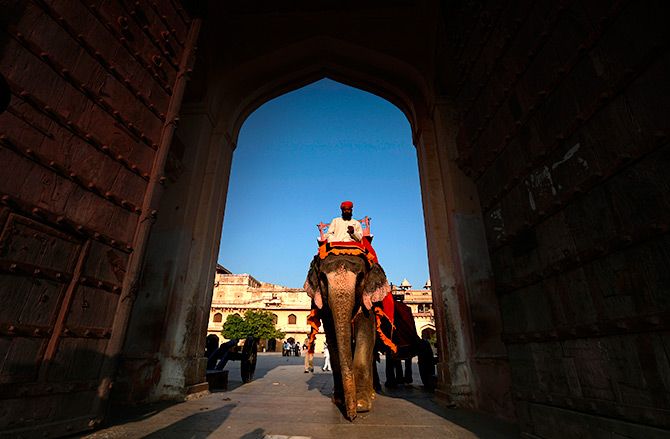 A man rides his elephant carrying tourists to visit the Amber Fort in Jaipur. The 16th century fort was built by Maan Singh, a trusted general of Akbar.
Photograph: Sheng Li/Reuters 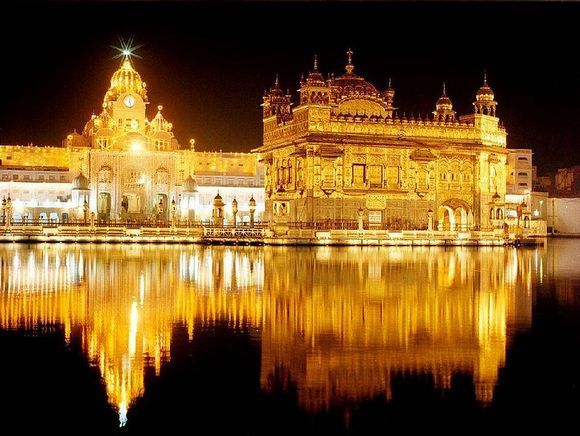 The Golden Temple looks like it is covered in real gold, glistening like a shiny jewel.
Photograph: Vinish K Saini/Wikimedia Creative Commons 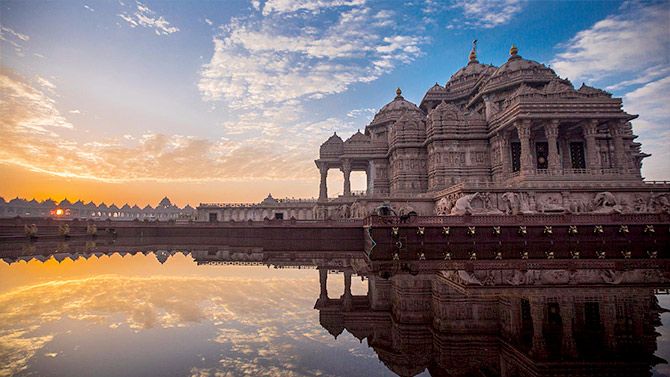 The temple is a humble tribute to Bhagwan Swaminarayan (1781- 1830), the avatars, devas and great sages of Hinduism.
Photograph: Courtesy akshardham.com 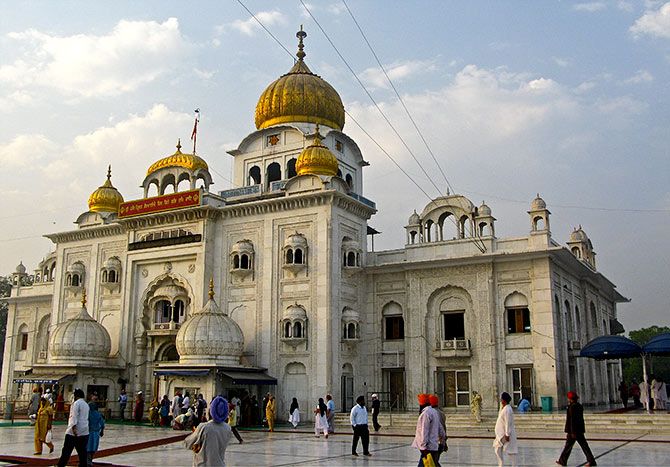 It is one of the most prominent Sikh gurdwaras in Delhi and was first built as a small shrine Sikh General Sardar Bhagel Singh in 1783.
Photograph: Courtesy Ken Wieland/Wikimedia 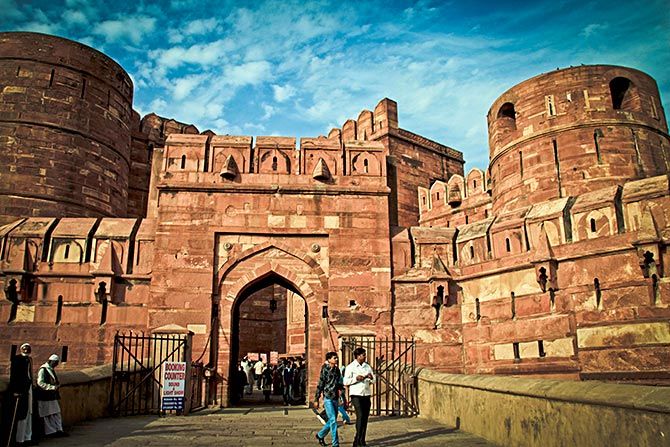 Spread across 94 acres, the UNESCO World Heritage Site is a city in itself.
Photograph: Nico Crisafulli/Flickr/Creative Commons 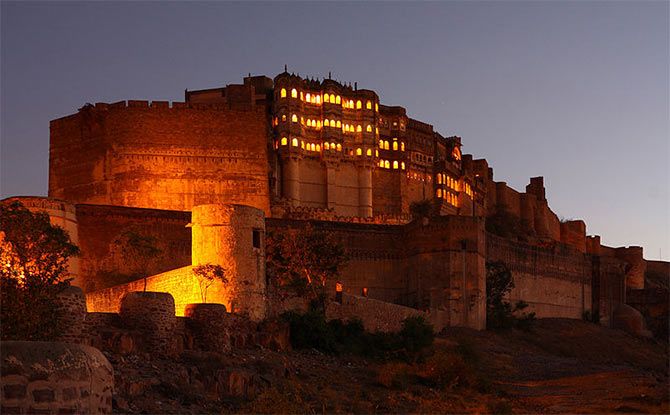 Mehrangarh fort in Jodhpur is almost deserted and noise-free during the summers.
Photograph: Courtesy Kroisenbrunner/Creative Commons 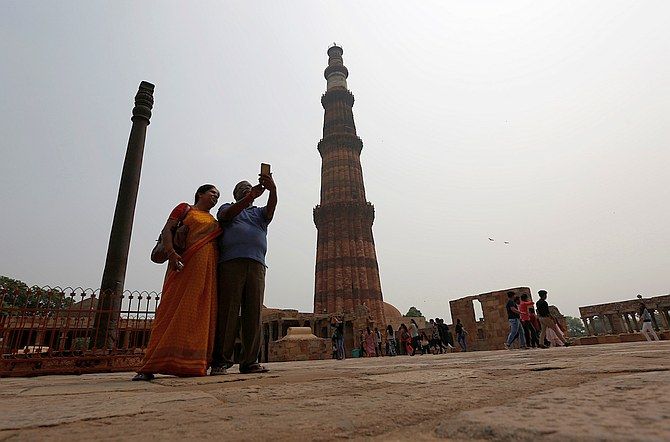 A couple takes a selfie in front of the Qutub Minar in New Delhi.
Photograph: Adnan Abidi/Reuters 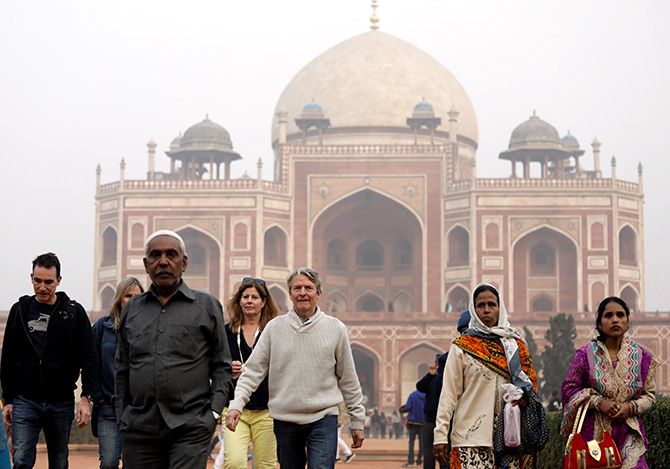 Tourists walk in front of Humayun's Tomb, one of the tourist destinations in New Delhi.
Photograph: Saumya Khandelwal/Reuters 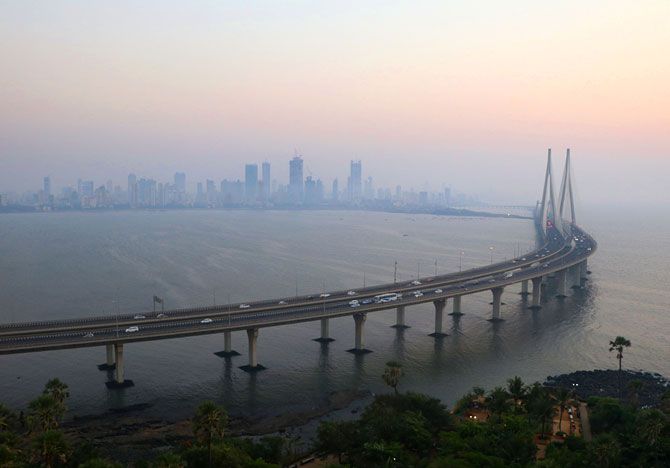 This engineering marvel weighs equivalent to that of 50,000 African elephant. The 5.6 km-long cable stayed bridge is 63 times the height of the Qutub Minar.
Photograph: Hitesh Harisinghani/Rediff.com 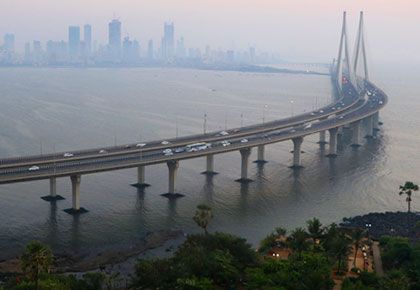 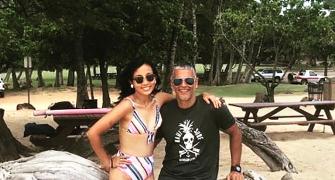 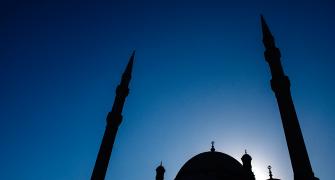 This ancient city is a feast for all the senses 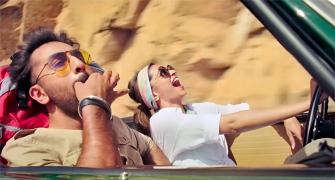 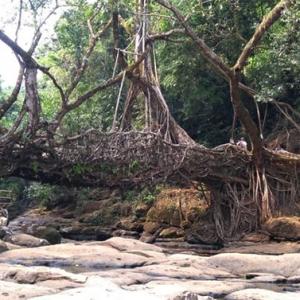 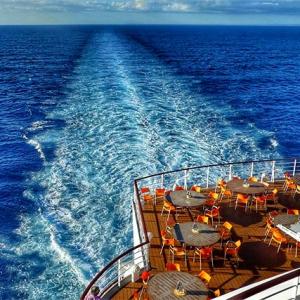 Travel across 59 countries on the world's longest cruise