SEE: Alia's sister on her battle with Depression

'India is the most depressed country in the world at the moment and women have twice as much of the likelihood to be depressed.' 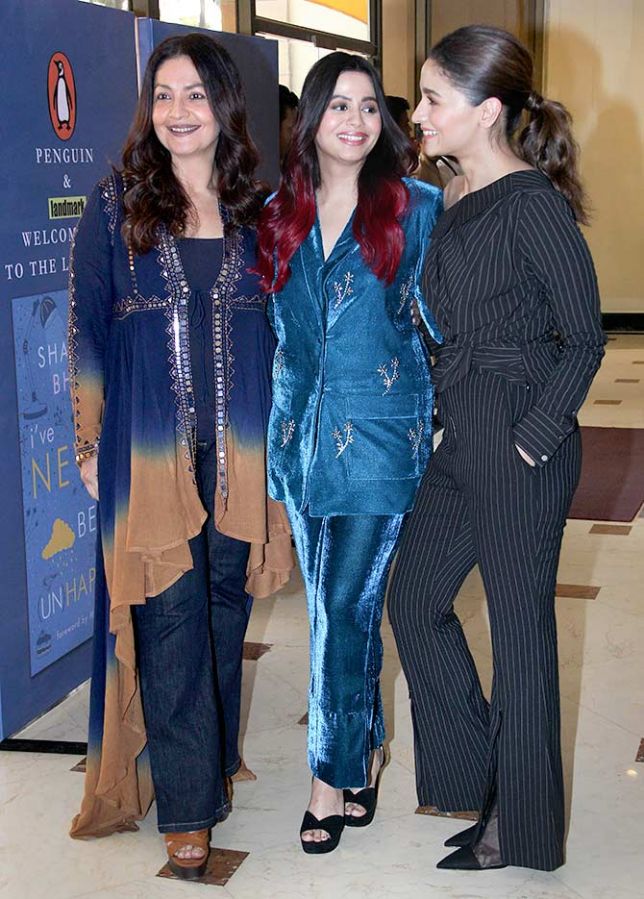 It began when she was 12 years old.

Shaheen is talking about depression, a much ignored but rampant health problem.

Last year, the World Health Organisation listed India as the most depressed country in the world.

Here are some statistics for you to mull over.

6.5% of India's population suffers from some form of depression.

We don't have enough mental health specialists to tackle this problem.

Women are twice as likely as men to develop mental health problems.

And the devastation depression wreaks on family and friends is not even considered.

While Shaheen is the one who has grappled with depression, the Bhatt family, including Alia, have struggled to cope as well.

Watch, as Alia candidly explains at an appearance the two siblings made at We The Women, curated by Barkha Dutt, in Mumbai last week, why her sister's battle reduces her to tears. And why it makes her feel guilty.

It is a burden, says Shaheen, that Alia unnecessarily carries.

"I don't think there was ever a point where she was ever unaware or not sensitive.

"The thing with depression is, it is impossible to know its intricacies unless you have gone through it yourself.

"Which is why, when you describe depression to people who don't know about it, you talk about it in metaphors. You describe it as a monster, for example.

"Alia has been there for me right from the start... she's been the one who's held me down.

"Even when we were younger, she was a bridge between me and my mother who really struggled with it at first."

At the launch of Shaheen's book, I've Never Been (Un)Happier, a couple of days later, Soni Razdan explained how she didn't realise her first-born was suffering from depression.

"The thing with depression is that it is so difficult to catch," says Soni.

Shaheen admits that loving someone suffering from depression is not easy.

"Being depressed is very hard," she says, "but loving someone who is depressed is equally hard. It takes a lot of patience, a lot of understanding, but it's also one of the kindest things that you can ever do in your life."

Shaheen counts herself as one of the luckier ones. "My family has done that incredibly well with me."

Yet, there have been moments when she has felt suicidal.

And she talks about it with absolute candour.

For Soni, the fact that her daughter had contemplated committing suicide was "terrifying."

Even as her core shook at what could have possibly happened, the mother in her rapidly got down to formulating "a programme so that my daughter would not do this again."

You can feel her pain when she says, "When she did try what she tried, I was completely unaware. And that's what has actually broken my heart that I, as a mother, who is so all pervasive, who is so loving, so vigilant.... I didn't know. That has broken my heart. I mean, like, how did I not know!"

Alia steels herself to read a diary entry from a few months ago when Shaheen found herself again feeling suicidal.

(Alia references Shaheen’s diary entry when she was 13; if you'd like to watch that, do click here.)

Before depression got its claws into Shaheen, both sisters agree she was a different person.

Outgoing. Vibrant. A natural in front of the camera.

The Shaheen today has been moulded by her battle with depression.

While it has made her stronger in many ways, it has also left her with a lot of what-ifs.

What helps her, Shaheen says, is talking about it.

The challenge, she says, was to find people who could "contain" what she had to say.

"Often, when you talk to somebody, they respond with anxiety. They respond with stress. Then you feel guilty about talking. It feels like I shouldn't be doing this to this person. Obviously, it is too stressful for them."

"If I say I'm feeling like shit today, I'm feeling suicidal today, rather than bursting out crying, the better thing to say is, 'Okay, it's that kind of day' I understand. Do you want me to stay home with you? What do you want? What do you need from me?"

The other challenge, says Shaheen, is that she has to "constantly tweak and alter things because what worked for last month will not work for me next month."

Exercise, she says, helps. But there are days when "I couldn't possibly... I'm too depressed to get out of bed, I can't go workout. But when you're able to it really helps."

What doesn't help is shoving it, so to speak, under the carpet. Conversation about depression and its devastating effects, need to become part of public discourse, a point the Bhatt family -- including Pooja Bhatt -- are firm about.

Families too, say the sisters, have to learn how to deal with depression.

"Listen," says Alia. "Look into the person's eyes and just hear them out. Sometimes, they don't even want a response. They just want you to know that you are hearing them.

"Like what you're saying to me has reached my core. And I don't know how to help you. But you know that you can talk to me anytime the door is open. There's no defence, there's no advice."

And here's the one thing you should not do, says Alia.

"I remember watching Deepika (Padukone)'s interview (with Barkha Dutt) and one of the main things she said was that people would say to her, 'Oh, it's okay, cheer up. You're just having....

"Don't say that. It irritates."

That sense of irritation works both ways. Families too can get frustrated dealing with depression because, as Shaheen explained, "you can't understand it if you have not faced it."

And that feeling of frustration, of irritation, that she sometimes feels for her sister makes Alia feel guilty. But it also makes her human.

Depression, say the Bhatt sisters, is a cruel disease. It affects the person, and the person's universe -- his or her family and friends.

What makes it even more cruel are the reactions from people.

"Ninety-nine percent of the responses I've got have been overwhelmingly positive. But yes, you will get the odd message or odd comment from somebody.

"I've heard a range of things from you've got a fantastic life, what do you have to sad about to you're just being attention seeking, you don't like that your sister is famous so you are just trying to steal the spotlight."

It doesn't affect her as much any more, says Shaheen.

"If somebody was commenting on the way I looked, I'd feel bad and insecure.

"I know for a fact that this is an overwhelmingly positive thing to do. So I can take a couple of the bad comments," she laughs. 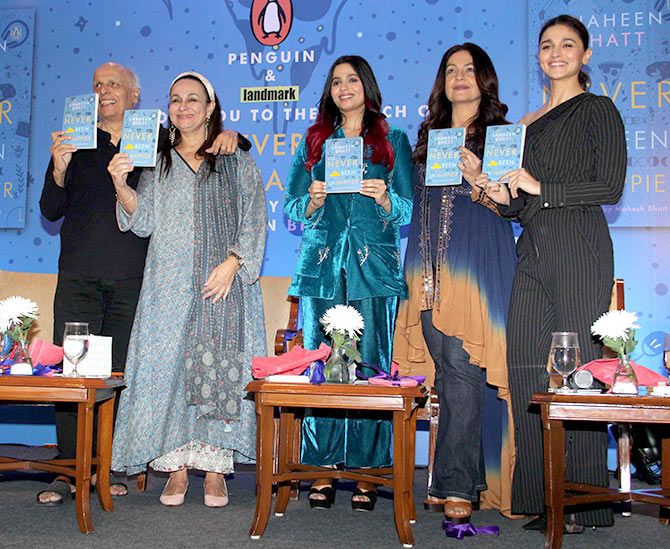 So why shine a very public spotlight on her pain?

"Depression is an illness and the society we're living in does not help.

"Depression has to be tackled at every level. Basic human respect and human rights have to be valued in order to eradicate it. It's not going to just go away. You can't pop a pill and get rid of it."

Shaheen adds, "India is the most depressed country in the world at the moment and women have twice as much of the likelihood to be depressed. And that's also because women are more likely to be disenfranchised."

Which brings back the question -- what made her go public? What made her write I've Never Been (Un)Happier?

"I'm done pretending to be this whole other person I'm not.

"And my father told me, 'Do not let your pain go to waste'.

"Otherwise it would be meaningless... the suffering that I go through every other month.

"This way, at least I feel like I'm turning it into something." 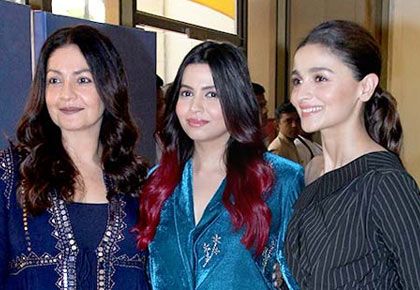 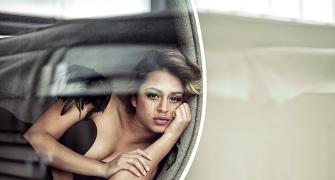 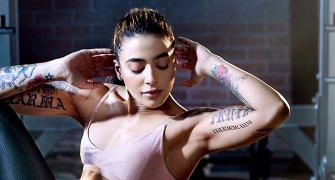 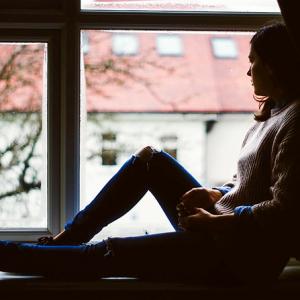 Depression: 10 signs to WATCH OUT for