Exam centres will not only ensure social distancing among examinees -- there will also be a strong focus on avoiding malpractices and conducting the test with minimal human intervention.
Bibhu Ranjan Mishra and Sai Ishwar reports. 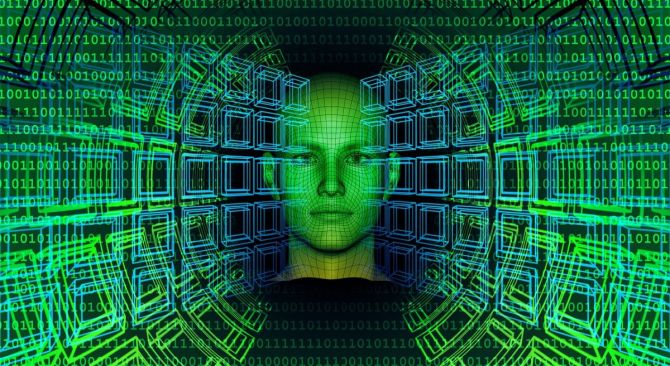 The Joint Entrance Examination (JEE) Main, scheduled to start in early September, will be a completely different experience for the candidates this year.

As the COVID-19 pandemic rages, the exam centres will not only ensure social distancing among examinees -- there will also be a strong focus on avoiding malpractices and conducting the test with minimal human intervention to rule out potential contamination.

To make this possible, TCS iON, the country's largest digital assessment company which conducts entrance exams such as the JEE, the Common Aptitude Test (for MBA aspirants), NEET and the entrance test for the All India Institute of Medical Sciences (AIIMS) at the undergraduate level, has come up with several advanced technological solutions.

One of them is a facial recognition technology-based identity management system, which does away with the need for candidates to undergo biometric-based attendance, to avoid physical contact.

As soon as a candidate reports at the exam centre, her/his picture is taken in a touch-free manner and fed into the computer system.

The system at the backend then compares the image with the photograph the candidate has already submitted.

Once the candidate's identity is validated, the system assigns her/him a randomised computer/seat to ensure that s/he does not sit next to friends or acquaintances.

During the exam itself, non-intrusive frames of candidates will be taken at defined intervals and sent to the command centre to ensure that there is no impersonation -- a common form of malpractice in entrance exams.

This is also the first time that algorithms based on artificial intelligence (AI) and machine learning (ML) are being used to detect patterns that can be found when a malpractice has been committed.

If, for example, a candidate is answering questions too quickly -- taking, say, just three seconds for each question instead of 30 -- the system can detect this and tag it as a potential case of malpractice.

"If s/he does it on a continuous basis, s/he will be added as a potential malpractice candidate and isolated. The command centre flags the candidate, and brings the video feed to the invigilator to see what is going on," says Venguswamy Ramaswamy, global head of TCS iON, whose command centres are located in Chennai and New Delhi.

"We can do it in a non-intrusive fashion, where the candidate will not even know that this is being done."

Education is one space which has been severely disrupted by the ongoing COVID-19 pandemic.

While classrooms have largely moved online, education assessment has been hugely affected.

When the pandemic hit, conducting exams online through remote supervision was not yet proven, while the need for doing so was also never felt before.

As a result, the final semesters of many professional courses were not completed.

Particularly badly affected were entrance examinations; without them, colleges are unable to start the next academic year on time.

This was a big challenge for technology major TCS, which provides the technology and infrastructure for conducting entrance and competitive examinations through its iON platform.

"It was important to make sure that nothing gets stopped because of this pandemic, and thus we had to think quickly," says Ramaswamy.

The company reached out to health institutions like the AIIMS and the Public Health Foundation of India, seeking their guidance on a new touch-free process of conducting assessments.

Their feedback was used in designing the process.

The first solution that came out of this exercise is the Social Distanced Assessment, which will be used for the JEE.

The same assessment model will also be followed by the Common Law Admission Test (CLAT) at the end of September and several medical entrance exams.

It follows a mix of technological interventions and physical distancing at the examination centre.

The second model is called 'remote assessment', where candidates are not required to go to the exam centre, but can take the exam from their homes or any remote location.

All they need is a reliable network (bandwidth) and a computer.

Under the basic variant, all applications and setups in the candidate's computer other than the exam process are blocked remotely.

However, the possibility of someone sitting next to the candidate and reading out the answers can't be entirely ruled out.

But in the next variant, the camera and the speaker in the computer system capture the video and audio feeds of the candidate, which are then analysed in real time using AI-based algorithms.

Through this, the system can detect if a candidate has indulged in malpractices.

For example, if more than one person is seen on the screen, or the candidate is seen speaking to someone else, the algorithm catches these patterns from the video and audio feed.

It then tags the candidate, and based on the data, his or her candidature is cancelled.

In the third variant, invigilators log into the virtual exam room and keep a watch on the candidates.

Some 30 million candidates have been assessed through remote assessment.

"These are huge technology interventions and platforms which went live very quickly. The whole intent is to support the country in difficult times and ensure that when universities and boards are not able to provide assessments, we provide them a model which will help them conduct the assessments," says Ramaswamy.

But he knows that people will always try to breach these systems: "We have to be in a position to identify all possible malpractices."

Every year, TCS iON conducts over 60 million candidate assessments in over 15 languages.

So far, 211 million candidates have been assessed through in-centre assessments.

Apart from India, the platform also operates in 20 other countries. 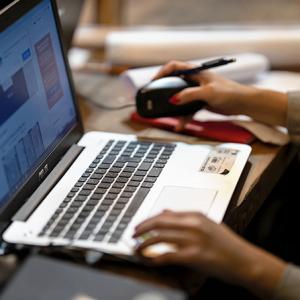 How IITs, NITs are grading students