Pooja Batra wows us with her yoga skills

Pooja Batra has been giving us a peek into her fitness routine on Instagram. 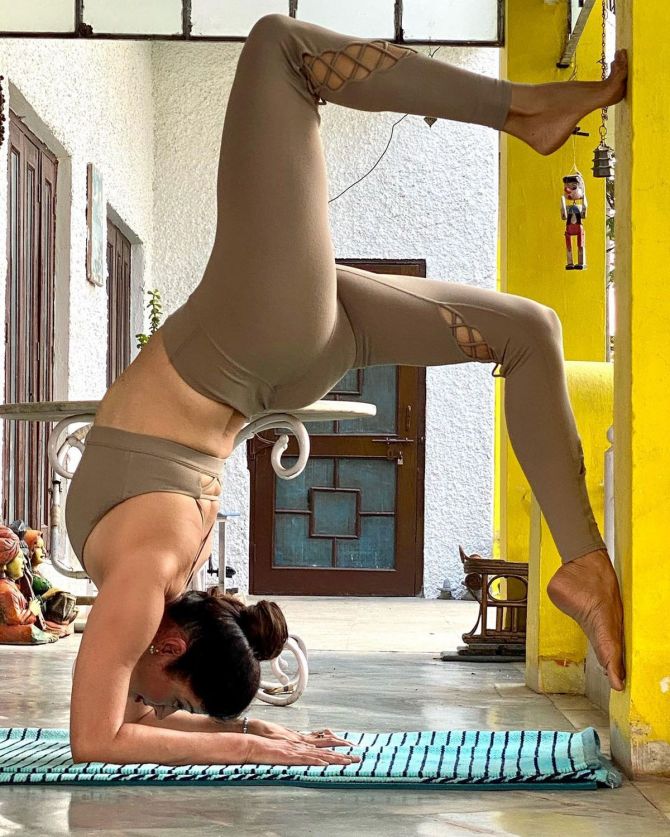 IMAGE: Pooja shared this image of her doing a headstand along with the ancient yogic saying 'Prana flows where attention goes.
'The ancient yogis added another dimension to this teaching, emphasising the power of intention, or Sankalpa, in directing the flow of life force energy.
'Sankalpa is an intention to manifest something, whether it be a certain goal or desire,' she explains.
Photographs: Kind courtesy Pooja Batra/Instagram IMAGE: Watch that smile!
According to Pooja, 'Yoga is so much more than a magic bullet.'
'A skillfully targeted yoga practice can prevent hyperkyphosis (an excessive curvature of the thoracic spine), falls and vertebral fractures,' she adds. 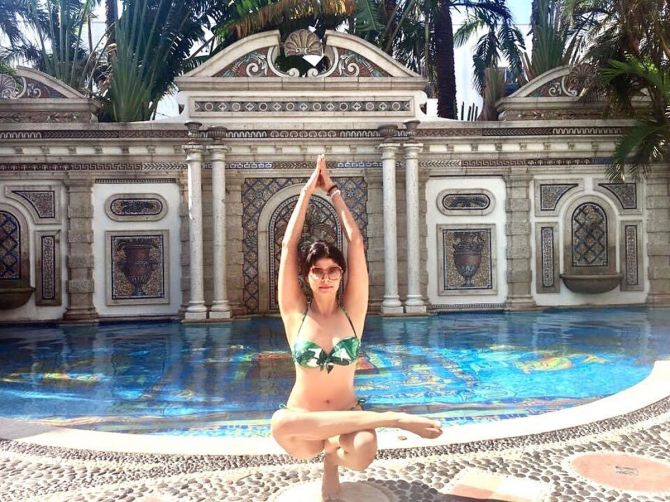 IMAGE: Even on holiday, Pooja doesn't forget her yoga practice. 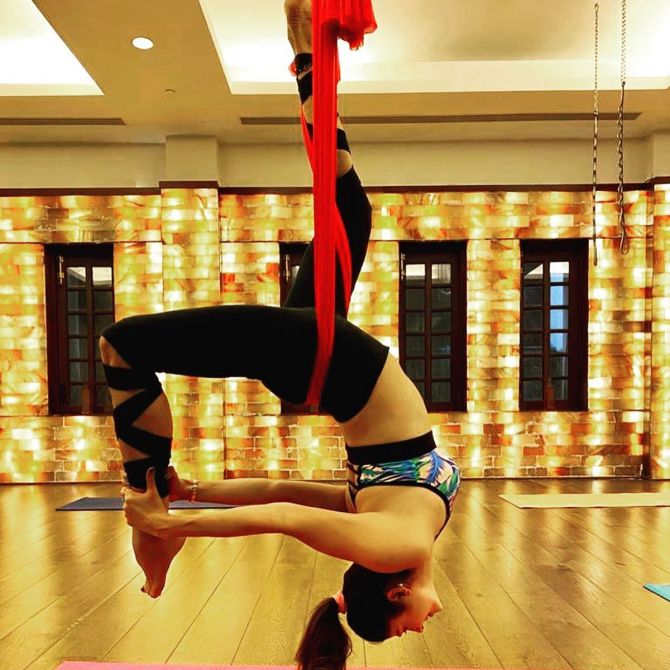 IMAGE: She looks graceful and poised in this shot of her performing aerial yoga. 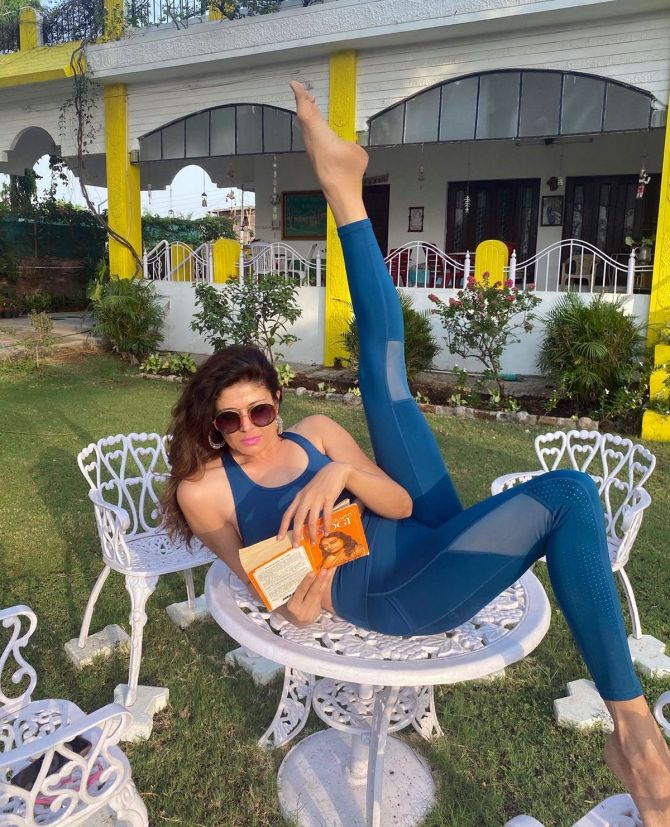 IMAGE: Pooja knows how to switch into a yoga pose even when she is relaxing. 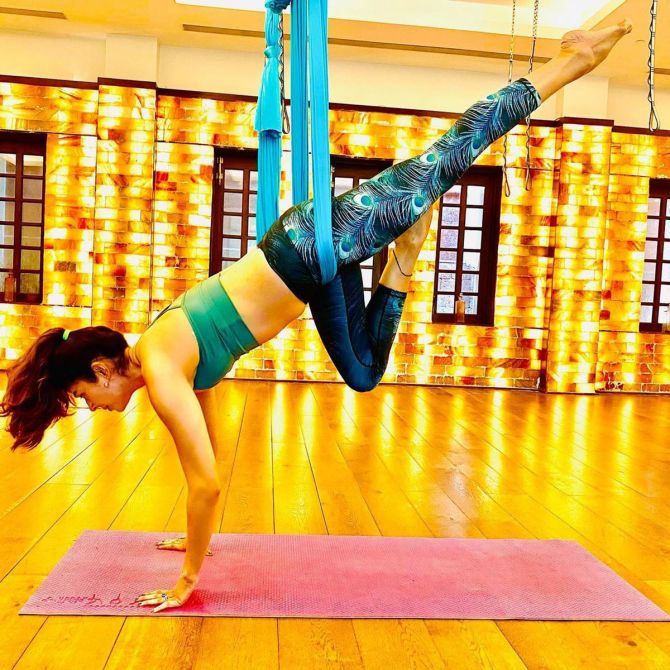 IMAGE: 'If you spend a lot of time hunched over your cell phone or computer, chances are that your posture is starting to look increasingly slumped.
'In its later stages, forward head posture may develop into hyperkyphosis.
'And hyperkyphosis is the precursor of pretty much any age-related condition you don't want to have,' she reveals. 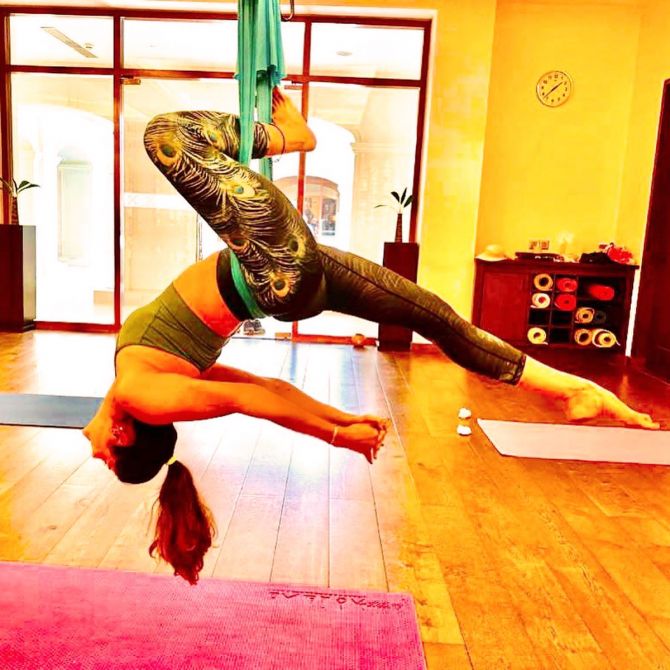 IMAGE: It takes a certain amount of skill to do tough poses while staying suspended. 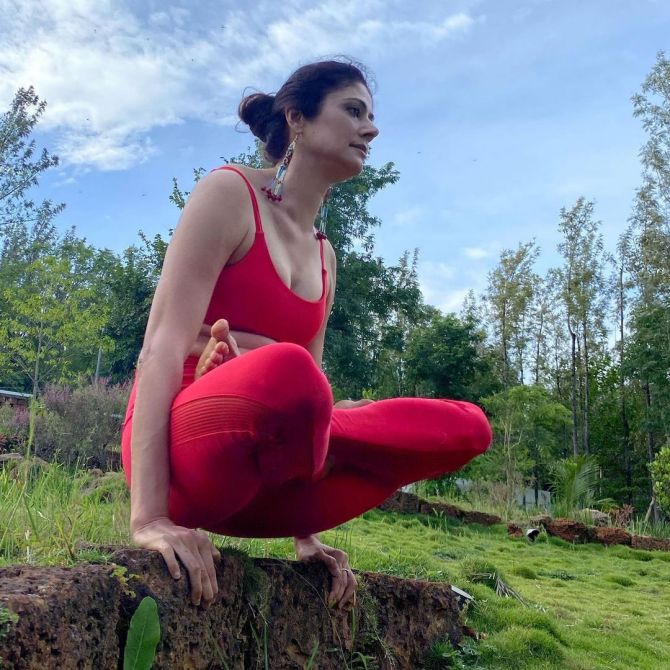 IMAGE: According to Pooja, 'Humans have come to a crossroad for creating a healthier planet through our work, food choices and way of living.
'We all have the potential to promote environmental health through our everyday choices.' 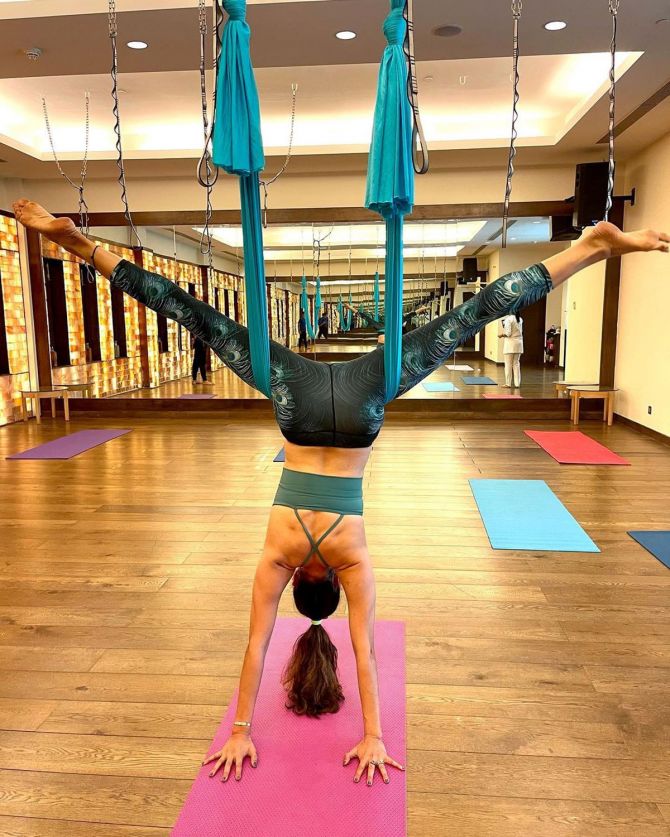 IMAGE: When in doubt, stretch it out! 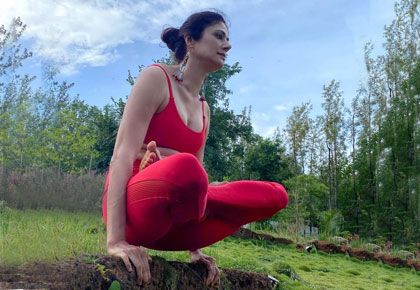 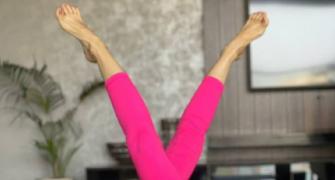 Aamna Sharif shows off her flexibility 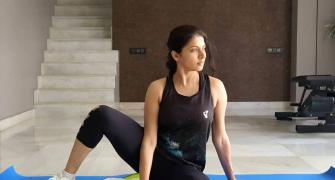 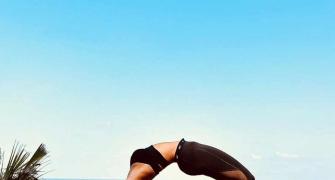 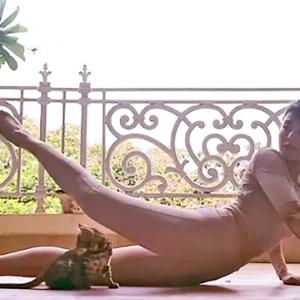 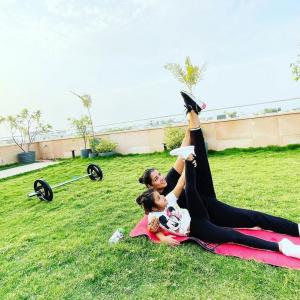 The super-fit women in Raina's family