News
Business
Movies
Sports
Cricket
Get Ahead
Money Tips
Shopping
Sign in  |  Create a Rediffmail account
Rediff.com  » Getahead » Would you dare to wear these outfits?

Would you dare to wear these outfits?

Touted as 'the most exciting name in menswear right now' by Vogue magazine, his Autumn/Winter 2021 collection featured some of the quirkiest silhouettes you'd have seen this year. 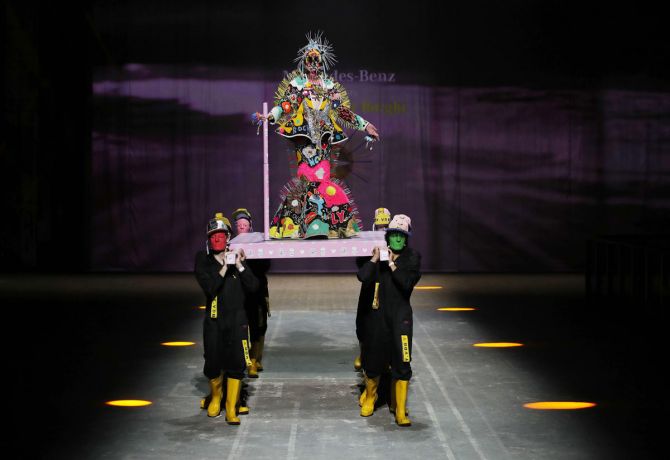 IMAGE: Is that a king or a clown?
Models dressed in psychedelic silhouettes, funky headgears, glittered faces and face masks take to the ramp.
Photograph: Andreas Rentz/Getty Images IMAGE: As a queer designer with disabilities, his idea was to move away from everything normal and accept imperfections.
Photograph: Andreas Rentz/Getty Images IMAGE: Through his work, the designer wanted to send across a strong message to people that a person's race, gender, sexuality or body type doesn't matter.
Photograph: Sebastian Reuter/Getty Images 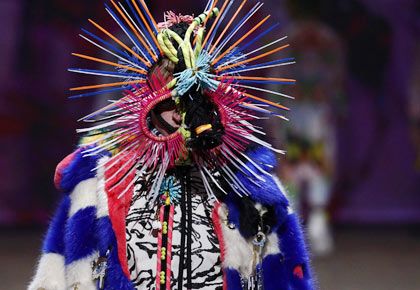 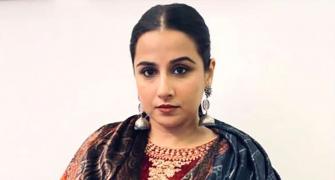 HOTTEST trends in ethnic wear for 2021 Inspired ways to dress for 2021 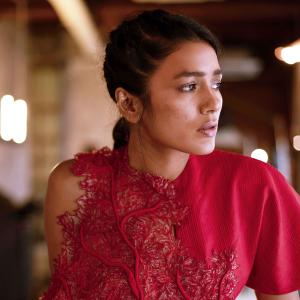 Call of the Wild: Clothes Inspired by Nature