No one knows when the lockdown will end and people will get to meet in person, but hopes of finding their 'soulmates' is keeping the lights burning amid all the gloom and doom, observes Arindam Roy. 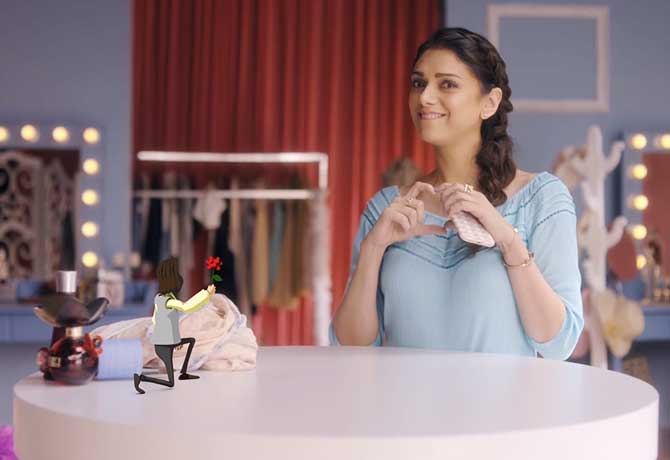 A few days before the country went into lockdown, Nimisha Srivastava went through a bad breakup.

To her, quarantining meant an opportunity to get over it.

However, being alone at home with nothing much to do made it worse.

Her friends suggested that she step out -- into the virtual world.

As the pandemic ravages every aspect of our world, relationships have come under strain.

Some can't deal with the distance, others with the proximity.

Many who are single are feeling lonelier than ever before.

And so, more and more people are joining dating apps and making new connections.

Tinder registered more than 3 billion swipes globally on March 29 alone, the highest in its history.

Srivastava, who acted on the suggestion of giving virtual dating a try, says of the experience: "We decided to watch Love Is Blind, a reality show on dating, on Netflix together while we were on video call. It's a very lame show, but sometimes lame can be fun and it helped me figure out if we vibe or not. That was my first virtual date." 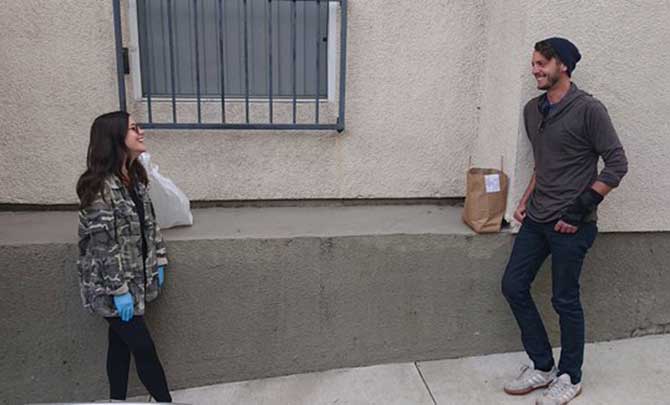 A number of stories are now doing the rounds on social media about how people are trying to make these virtual dates interesting.

They started talking on the phone and soon moved to FaceTime.

A week later, the woman received ingredients for margaritas and a pack of White Claw (an alcoholic seltzer water beverage).

Next, the guy bought a subscription of MasterClass (an online education platform) for both of them to take virtual classes together.

Later, he made a surprise visit to deliver (from a safe distance) food made by him.

Kaufman asked him why other guys didn't behave like him (men, pay attention).

The woman returned the favour by delivering food she had made to his house.

The guy deleted the app hoping the relationship would last.

Thereafter, they'd occasionally meet each other, keeping a safe distance.

Though their story eventually didn't end as a fairy tale -- they broke up -- it did give a glimpse into how the pandemic has made people rethink the way they date. 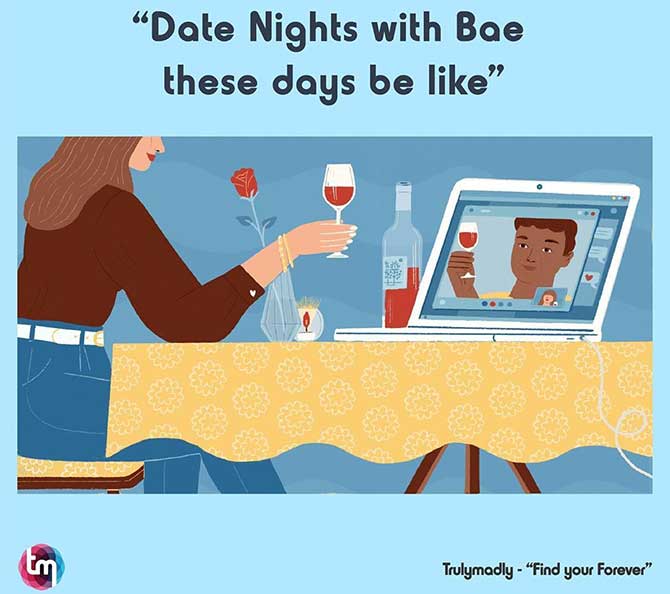 Dating apps have wasted no time in grabbing this opportunity.

Every app has either introduced video features or is encouraging users with other novel features to go on virtual dates.

Bumble, which already had an in-app video feature, announced a new one that displays profiles of users who are available for virtual dating.

Tinder has introduced Tinder Passport, a paid feature that allows users to date people anywhere in the world.

Happn, which matches users within a radius of 250 metres, has extended the radius to 90 km, and will soon start a video feature.

Grindr, which is popularly used by the LGBTQ community, has also provided access to its video call feature.

The apps claim they are seeing a surge in usage.

A Happn survey reported that 56 per cent of its users globally are considering going on virtual dates.

The app also noticed a surge of 19 per cent in India in written messages.

Bumble saw a rise of 38 per cent globally in video calls during the week ending May 1, and an increase of 26 per cent in written messages by the end of March.

In India, it witnessed a 17 per cent surge in video calls at the end of March and 19 per cent rise in written messages during the week ending May 1.

According to the company, Gen Z and millennials' registrations saw an 11 per cent increase in the last week of March.

The app also increased the maximum distance to help users 'meet' anyone nationwide.

OkCupid, meanwhile, noticed a worldwide increase of 10 per cent in users matching with each other, and more than 20 per cent increase in conversations.

For India, it saw a 12 per cent jump in matches and 26 per cent in conversations.

While answering an in-app question, a whopping 91 per cent of its Indian users said they will continue to date virtually. 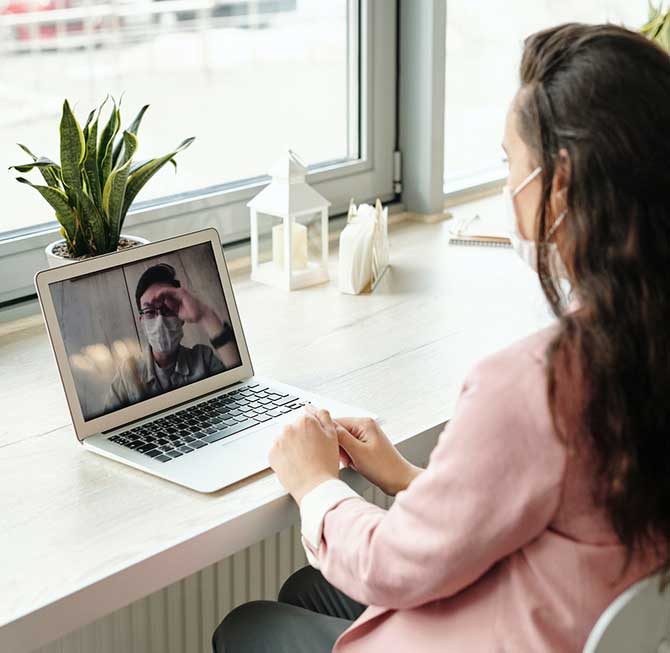 *IMAGE: There are numerous cases where women users have recounted how some of their video calls went wrong, and how men behaved inappropriately. Photograph: Kind courtesy Edward Jenner/Pexels.com

But what about privacy concerns? There are numerous cases where women users have recounted how some of their video calls went wrong, and how men behaved inappropriately.

However, this has not resulted in a noticeable fall in usage.

"I don't think I have any concerns that are extraordinary. While there are terrible people out there who can do you serious harm in many ways, I have come to realise that not everyone is out there to hurt you," says Delhi-based corporate lawyer Surbhi Singh. "One positive fallout has been that people are now more willing to talk. That helps in understanding the other person, which goes a long way in having a healthy relationship."

The apps, meanwhile, claim to have a robust system in place to ensure user safety.

Even so, while they are encouraging users to go on virtual dates, no new safety feature has been introduced.

Happn provides the option to hide your profile or block others' profiles. So does OkCupid.

It also provides an incognito mode where a user can hide her profile from people she has not liked or messaged.

On Bumble, unlike on other apps, only women users can start the conversation once both users have matched.

Bumble also has a 'private detector', which uses AI to automatically blur lewd images and alerts the user.

The user can decide whether to view the image or block it.

But these features already existed before Covid-19 hit the world and virtual dating became to trend.

Is dating in the virtual world likely to last?

The lockdown has taken the pressure out of meeting immediately. "I am an introvert. I have difficulty in meeting people right off the bat," says Ajay Bhardwaj, an MBA student based in Delhi. "I need time before I can trust people, and the lockdown has given me the space I need to talk to a person before I am comfortable meeting in the real world."

Some users, however, say they have already deleted these apps because they got bored.

The conversations lead nowhere, video calls were awkward for many, and it takes time to find the right person through a process that can be long and tedious.

"There have been over 50 million introductory messages sent across the world on OkCupid over the last month among first-time daters," Charytan says.

"With bars, restaurants, entertainment establishments around the world temporarily closed, people are looking for human interactions now more than ever."

No one knows when the lockdown will end and people will get to meet in person, but hopes of finding their 'soulmates' is keeping the lights burning amid all the gloom and doom.

Names have been changed to protect the identity of the users

*Image has been posted only for representational purposes. 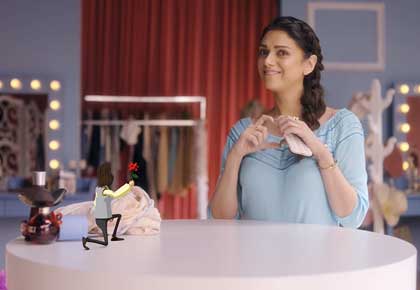 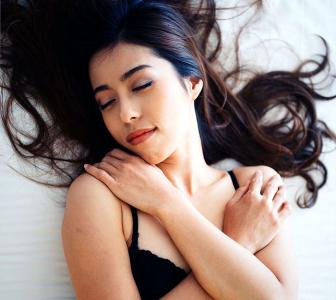 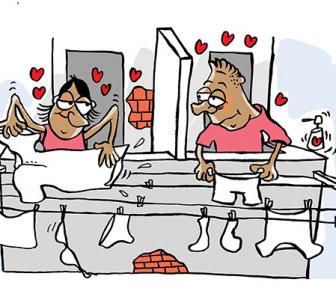 New to online dating? Watch out for these signs 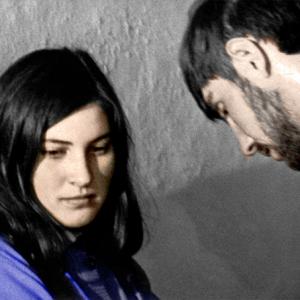 Is the lockdown affecting your marriage? 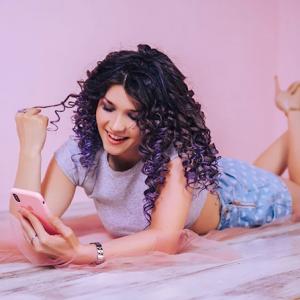 New to online dating? Be realistic, not desperate