The decision to allow students to pursue two degrees simultaneously will boost their employability as it gives them the opportunity to concentrate on one mainstream undergraduate degree while enrolling in another with a vocational focus. The recent University Grants Commission (UGC) guidelines allowing college students to opt for two degrees simultaneously will speed up implementation of the National Education Policy (NEP) at the higher education level, according to institutes and experts.

In 2020, the apex body for universities had approved a similar proposal, but one of the two degrees had to be pursued online.

Applicable for diploma, undergraduate as well as postgraduate programmes, the new guidelines give students the choice of completing either two offline degree programmes or a mix of one offline course and another online.

Universities and academics have welcomed steps such as making way for multidisciplinary varsities by phasing out domain-specific institutions, allowing experts without a doctorate degree or National Eligibility Test qualification to teach, and pushing for the creation of an academic bank of credits (ABC) as part of the NEP.

Although the NEP 2020 laid down a 15-year road map, recent regulatory changes show that it might be implemented much earlier at least at the higher education level, said Neeti Sharma, senior vice-president, TeamLease Service Limited.

"It is not just pushing for multi-disciplinary education, but also enhancing industry participation by not requiring experts to hold PhDs in order to be a faculty member. The UGC is fast-tracking the policy with vocational skills becoming an important part of education," she added.

According to Jasmine Gohil, associate dean, academic affairs, Anant National University, moves such as multiple exit options and a focus on experiential learning are also translating the policy into action.

"From choice-based credit system creating an ABC, a massive open online course platform like Swayam Prabha, and the National Programme on Technology Enhanced Learning to integrating blended learning systems in curriculum and recognising institutes of eminence, there is a lot of freedom in creating curriculum that is more experiential, holistic and inquiry-driven," Gohil said.

UGC Chairperson M Jagadesh Kumar said the new guidelines were in line with the announcements made in the NEP 2020 that aims to help students acquire multiple skills. He said students could pursue two degrees from one or two universities.

The UGC has written to universities and colleges about implementing the new guidelines and said the policy envisions imaginative and flexible curricular structures to enable creative combinations of disciplines.

All universities and their affiliated colleges/institutions are requested to implement these guidelines for the benefit of the students," the apex body has written.

Experts also anticipate challenges such as managing time tables of each student across universities, multiple simultaneous exams, rapid switching of focus between subjects, and potential repercussions on students who may not be able to cope with the demands arising from the change.

While some believe this may aggravate prevalent challenges such as seat and faculty shortage, others say that the onus will be on universities. Ahmedabad University Vice Chancellor Pankaj Chandra felt that the universities will choose to implement combinations of programmes wherever they have the capacity for it.

"What is more important is that such flexibility is going to become available to serious students. This programme will require additional work by students, so it's not likely that every student is going to line up for it," Professor Chandra told Business Standard.

Each institution, he suggested, would have to decide on the ways to count courses for multiple degrees so that students do not have to take double the time to complete two degrees, as that would defeat the purpose of the flexibility on offer.

"At the same time," Professor Chandra said, "it has to be kept in mind that the student should not be overloaded with too many courses at the same time in her enthusiasm to complete two degrees, as it will destroy her learning."

Experts like Narayanan Ramaswamy, partner and national leader for education and skill development, KPMG in India, argued that the policy's implementation at the higher education level soon needed to be backed by changes in schools.

"The choice of learning has shifted from colleges to students even as the government pushes for multi-dimensional, multi-disciplinary institutions with multiple entry and exit points for students," said Ramaswamy.

"The entire policy will not come into being on one single day, but gradually, which is why it has been given time till 2036 for implementation," Ramaswamy pointed out. "It is a mammoth task before the government because a lot needs to be done in schools."

At the crux of the changes is the question of employability.

According to TeamLease's Sharma, the decision to allow students to pursue two degrees simultaneously will boost their employability as it gives them the opportunity to concentrate on one mainstream undergraduate degree while enrolling in another with a vocational focus of their own interest.

"This gives a chance to explore options and become employable in the process. Of course," Sharma added, "students will have to be guided with what combinations suit them best." 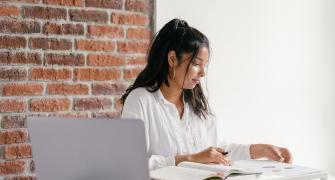 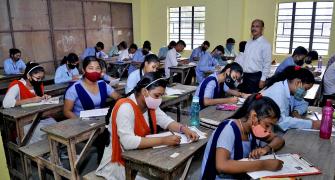 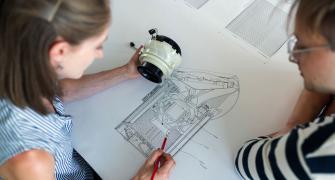 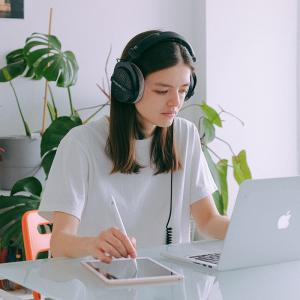