Will it promote a CUET-centric coaching culture causing students to focus on the entrance rather than the Class 12th exams? Kindly note the image has been posted only for representational purposes. Photograph: ANI Photo

The University Grants Commission's recent move to launch a common entrance test for central universities in India has got mixed reviews from academics and institutes.

The Central University Entrance Test (CUET) effectively means that Class 12 board exam results will have no bearing on college admissions.

While discounting the board exam results will provide a level playing field for candidates, universities and academics believe that it may promote a CUET-centric coaching culture causing students to focus on the entrance rather than the Class 12th exams.

According to Imbesat Ahmad, founder and CEO of Filo, an 'instant live tutoring platform' that connects students with tutors, the move will free students from the pressure of aiming to achieve board exam percentages as high as 99% to get admissions in the colleges of their choice.

"The downside is that students will now want to focus more on CUET and institutions that run entrance exam-centric courses. They may ignore classroom education, which forms the foundation of academic concepts across subjects. A blend of Class 12 marks and CUET would probably have been good to retain the significance of school learning," said Ahmad.

Given that an estimated 12.7 million students were enrolled in Class 12th in 2019-2020, over 11 million could take CUET, assuming 90 per cent appearances for undergraduate seats in around 45 central universities.

Bringing the entrance test for central universities affiliated to it under the purview of the National Testing Agency (NTA), the UGC recently announced that it will conduct CUET for undergraduate admissions.

The entrance test is likely to be held in the first week of July and departs from the erstwhile Common University Entrance Test (CUCET) by not considering Class 12th board exam results but a merit list prepared by NTA based on CUET scores.

"Even in the previous format, we were not among the central universities which considered board exam results and solely conducted admissions based on entrance test scores. However, the move does bring a certain amount of uniformity across central universities as well as provide a level playing field for students from different state boards," said Sanjay Kumar Jha, registrar at the Central University of Gujarat, Gandhinagar.

While the move doesn't affect varsities like the Central University of Gujarat, others such as Delhi University will see a cessation of the 99% to 100% cut-offs that had come to benchmark admissions after the annual entrance test.

However, UGC Chairman M Jagadesh Kumar had said that while varsities will have to admit candidates based on CUET scores for undergraduate programmes, they may set a minimum benchmark for Class 12 results in deciding eligibility.

For instance, DU's academic council has decided to require candidates to clear Class 12th board exams with a minimum of 40% to qualify for the entrance test.

The structure more or less remains the same with the computer-based CUET carrying multiple choice questions based on National Council of Educational Research and Training textbooks, with questions divided into Section 1A, Section 1B, general test and domain-specific subjects.

While welcoming the UGC move to conduct CUET 2022 in 13 languages (Hindi, Marathi, Gujarati, Tamil, Telugu, Kannada, Malayalam, Urdu, Assamese, Bangla, Punjabi and Odia, along with English), academics wonder how candidates clearing the test in non-English languages will be admitted in English medium universities.

DU's Dean for Examinations D S Rawat, however, believes that non-English aspirants will not have any trouble finding admissions.

"Even in the previous format and amid a 99%-100% cut-off, we have admitted students from across the country based on their Class 12th scores. These aspirants have had English as one of the languages during their school education and were eligible for admissions before. So, even under CUET it won't make much of a difference," he said.

The other concern raised by academics is the choice of domain-specific subjects for CUET, which may hamper candidates' ability to switch subjects after admissions.

"While it is not clear eventually how this will work, one wonders whether by asking candidates to choose a subject now for CUET they will be restricted in terms of mobility across streams, especially given that the New Education Policy 2020 aspires to provide mobility across streams and subjects," said an Ashoka University spokesperson.

However, Rawat maintained that the move will not restrict choices for candidates. "In fact, earlier we had conditions that restricted such mobility, but have now been relaxed under CUET," he added. 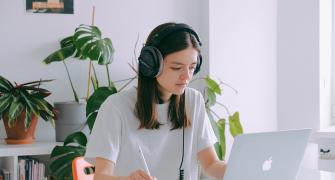