News
Business
Movies
Sports
Cricket
Get Ahead
Money Tips
Shopping
Sign in  |  Create a Rediffmail account
Rediff.com  » Getahead » How To Become An Intrapreneur

Intrapreneurs are more diverse in their skill sets and backgrounds, more digitally native, more networked and connected, and more ambitious to do bigger things.
A fascinating excerpt from Simone Ahuja's Jugaad 3.0: Hacking The Corporation To Make It Fast, Fluid And Frugal.
All illustrations: Dominic Xavier/Rediff.com 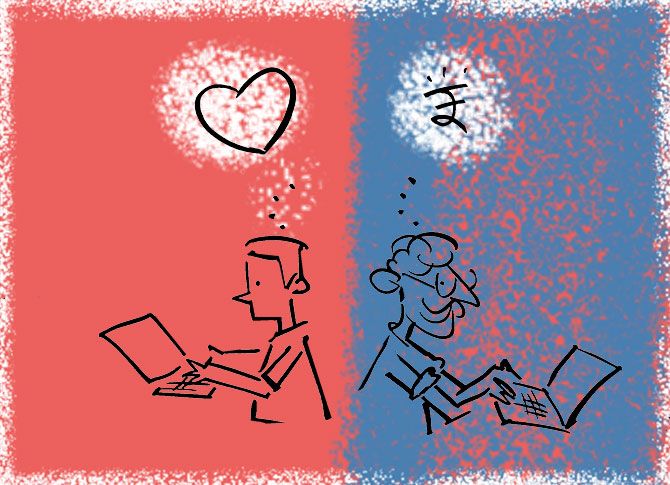 'This stuff makes my skin look like chalk.' That was 13-year-old Balanda Atis's immediate reaction when she looked at herself in the mirror.

Trying on makeup is a rite of passage for many teenage girls, and that made it all the more disappointing for Atis when she applied liquid foundation for the first time and found the results unimpressive.

Cosmetics companies, it turned out, didn't make shades that suited her skin tone.

Atis and her Haitian American friends in East Orange, New Jersey, found that liquid and powder foundations had an unattractive, ashywhite effect on their darker skin.

It was a problem regardless of brand, formula or product -- until Atis set her sights on solving it.

When Atis joined L'Oreal USA as a chemist in 1999, she was formulating mascara, but the foundation issue weighed on her mind.

In 2006, when the company launched a new line of foundations intended to address a wider variety of skin tones, Atis saw that they still didn't measure up.

It lit a fire under her.

She informed the head of L'Oreal's makeup division, who challenged her to come up with a solution.

Atis began to work on the problem as a side project.

In short order she enlisted two other scientists at L'Oreal to join her cause.

Although Atis and her colleagues were not freed from doing their day jobs, L'Oreal gave the trio access to a lab.

Fuelled by passion and purpose, they produced and tested foundation samples on their own time.

Lacking opportunities for data collection, they tagged along on trips to existing conferences and fairs across the country, collecting skin tone measurements from thousands of women of colour.

The big breakthrough came when Atis discovered they could work with an existing colour compound.

Ultramarine blue was seldom used in cosmetics and difficult to work with, but it allowed them to create richer, deeper shades without the muddy finish that was so common in existing darker foundations.

Atis and her tiny team succeeded in satisfying a massive customer need that had existed for generations. 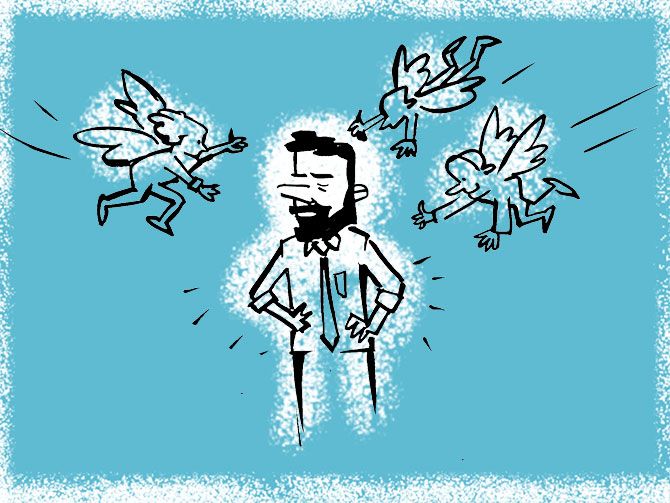 Atis is what the business world has come to recognise as an intrapreneur.

Gifford Pinchot III coined the term back in the late 1970s when he wrote about the growing number of corporate employees behaving like entrepreneurs.

One of Pinchot's favourite examples, and mine, is Art Fry, the 3M employee who famously invented Post-it Notes.

When Fry 'was told by the marketing division his idea wasn't wanted by customers, he did his own market research,' Pinchot wrote.

'When manufacturing told him his Post-It Notes were impossible to make, even though he worked in the lab, he worked out the production technology himself and, in blatant disregard of the rules, borrowed and re-engineered a 3M production line at night to prove his process would work.'

Atis and others like her today are also different from the intrapreneurs of decades ago.

They're more diverse in their skill sets and backgrounds, more digitally native, more networked and connected, and more ambitious to do bigger things -- and they are increasingly supported by the emerging function of innovation within large organisations.

It is tempting to want to give people like Balanda Atis a new name.

We could also say they are 'corporate hackers', to underline their talent of tapping into and around the bureaucratic machinery surrounding them to advance their projects.

Or we could call them 'constructive disrupters', since today's intrapreneurs often don't stop at trying to tweak the performance of the existing business.

Sometimes they seriously challenge it, from product offering to business model, yet they do it actively from the inside and, by doing this, help keep the enterprise viable.

Whatever we call them, companies need more intrapreneurs, and their initiatives, to succeed. 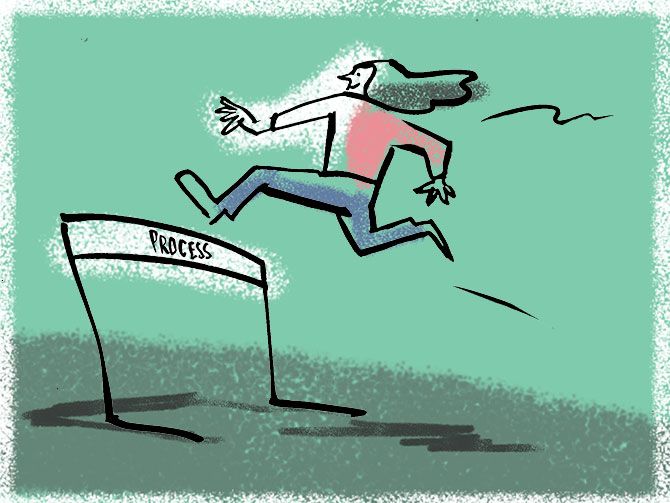 If Art Fry was the prototypical intrapreneur of the 1970s, and Balanda Atis represents the 21st century approach to intrapreneurship, what has fundamentally changed?

If you could hire a hundred Balandas tomorrow, you would do it, right?

What better move could you make to ensure your company's relevance in the future?

Highfliers routinely end up crashing down to earth.

So if you don't want your business to join the countless others already consigned to the dustbin of history, at some point you'll have to disrupt it yourself -- and your best chance of doing that is to grow, develop and support your ranks of intrapreneurs.

Unfortunately, you probably couldn't hire those hundred Balandas if you tried -- not because these talented disrupters wouldn't work for your company but because it's hard to find them in the labour market.

There are no job titles or specific functional areas reserved for people who spot opportunities and jump on them.

It's tough for the HR department, or software tools scanning applications, to zero in on the resume line that shows whether someone thinks like an entrepreneur.

And it can be challenging to spot the intrapreneurs who are already sitting inside your organisation.

They're definitely there, some of them making progress on side hustles no one even knows about, and many more of them with valuable ideas they would like to pursue.

Is it possible that there is nothing remarkable about intrapreneurs as individuals -- that most of us, with enough encouragement and confidence, could succeed in challenging the status quo? 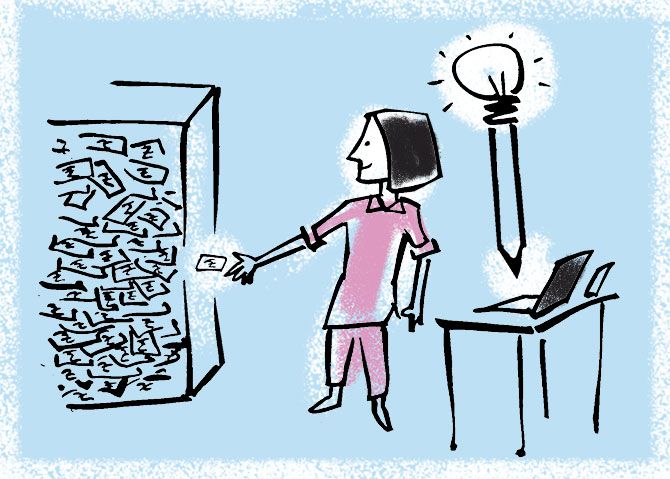 Intrapreneurs are still relatively rare, distinguished by both who they are and what they do.

So, if we did list the job qualifications for the intrapreneurs, the innovators you would want on the inside of your organization, it would look like this: 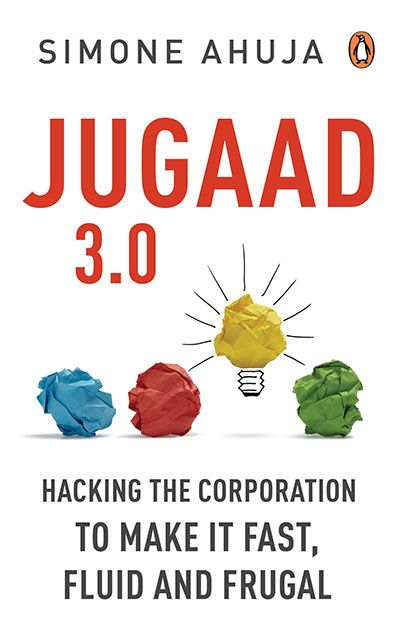 Excerpted from Jugaad 3.0: Hacking The Corporation To Make It Fast, Fluid And Frugal by Simone Ahuja with the kind permission of the publishers, Penguin Random House India. 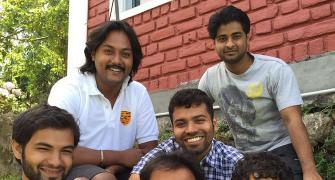 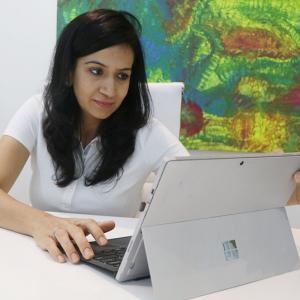 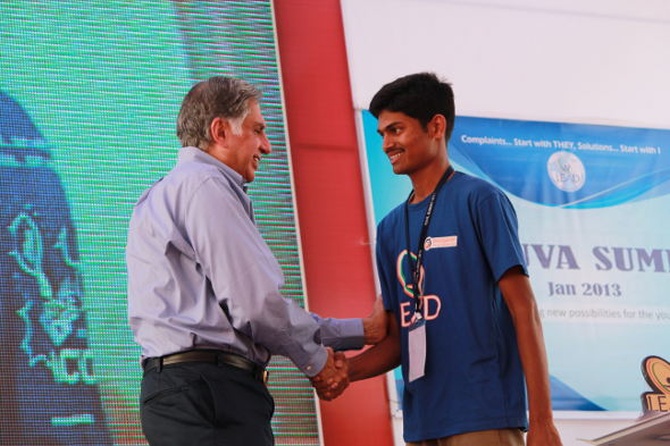