News
Business
Movies
Sports
Cricket
Get Ahead
Money Tips
Shopping
Sign in  |  Create a Rediffmail account
Rediff.com  » Getahead » Is Deepika the best fashionista in a cape at Cannes?

A red carpet staple, the cape is making a big splash at Cannes 2017 thanks to the actor. Deepika Padukone scored a coup with her red carpet appearances at the Cannes Film Festival this year.

On Day One, her sheer one-shoulder Marchesa gown was a clear winner.

She followed it up with a stunning thigh-high slit gown in teal by Brandon Maxwell on Day Two. A caped creation that took us down memory lane.

We revisit the stars who slayed the Cannes red carpet in a cape.

IMAGE: At the 69th annual Cannes Film Festival in 2016,Sonam Kapoor wore this Ralph & Russo caped gown. Her hair tied in a bun, she completed the look with minimal make up.
Having worn not one, but four capes on the Cannes red carpet, Sonam is well on her way to being called the 'Cape Queen of Cannes'.
Photographs: Andreas Rentz, Pascal Le Segret and Ian Gavan/Getty Images 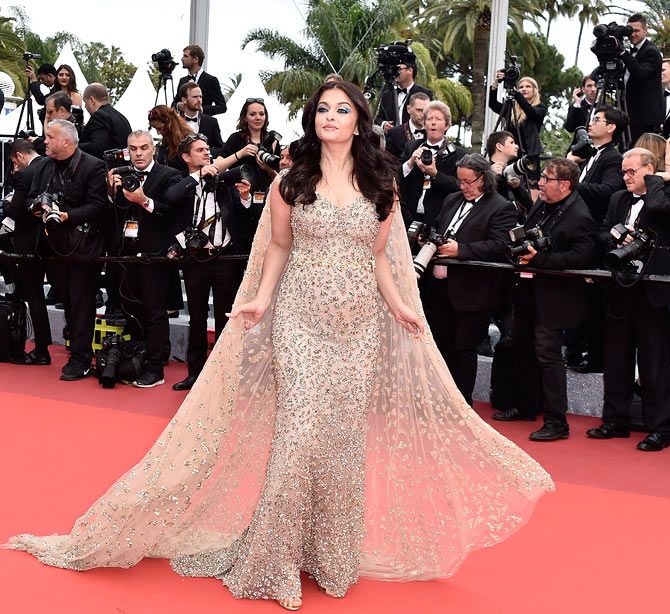 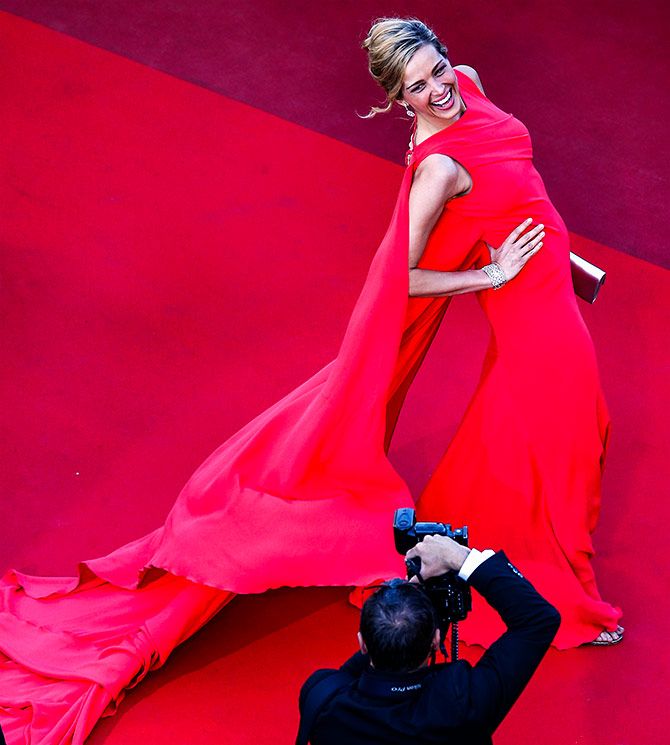 IMAGE: It was the same year that Czech model Petra Nemcova kept it flirty in a red cape.
Photograph: Pool/Getty Images 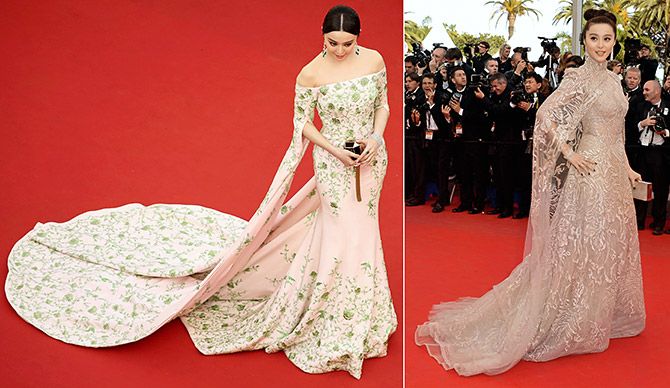 IMAGE: Fan Bingbing attended the opening ceremony in 2015 in a custom-made Ralph & Russo couture gown with an embroidered cape -- one of the most stunning numbers ever worn on the Cannes red carpet.
However, this was not the Chinese actor's first red carpet outing in a cape. Remember her 2012 Elie Saab gown?
Photograph: Neilson Barnard and Pascal Le Segretain/Getty Images

IMAGE: In 2015, actor Lupita Nyong'o strolled the Cannes red carpet in a custom pleated Gucci chiffon dress with a mini cape in grasshopper green.
Her look was dedicated to Africa and the actor thanked Uganda's women for the hair inspiration.
Photographs: Pascal Le Segretain/Getty Images 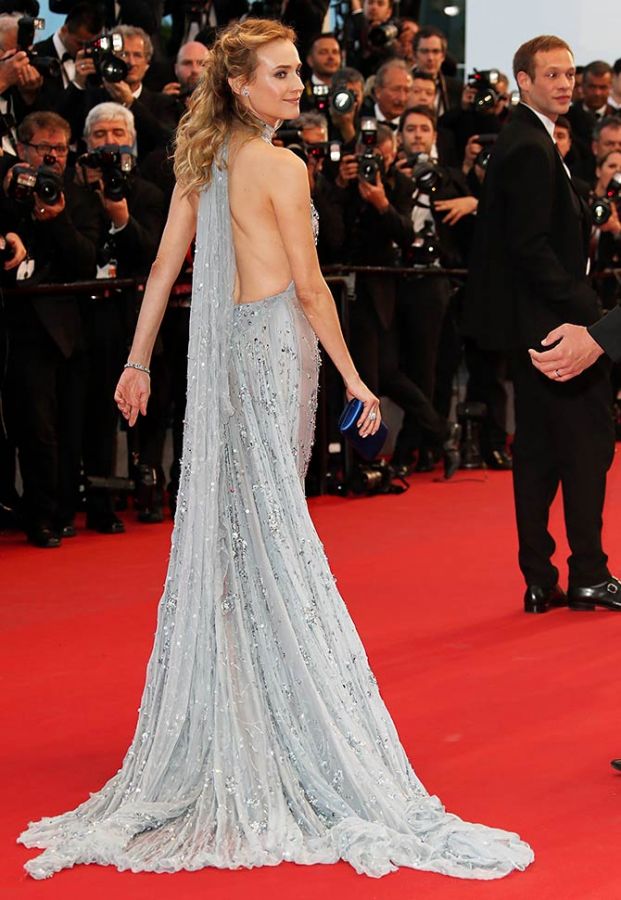 IMAGE: In 2015, actor Mallika Sherawat arrived to catch the premiere of Mad Max: Fury Road in an eye-popping pink gown, which was quite unlike the risque outfits she had sported previously.
Photograph: Pascal Le Segretain/Getty Images 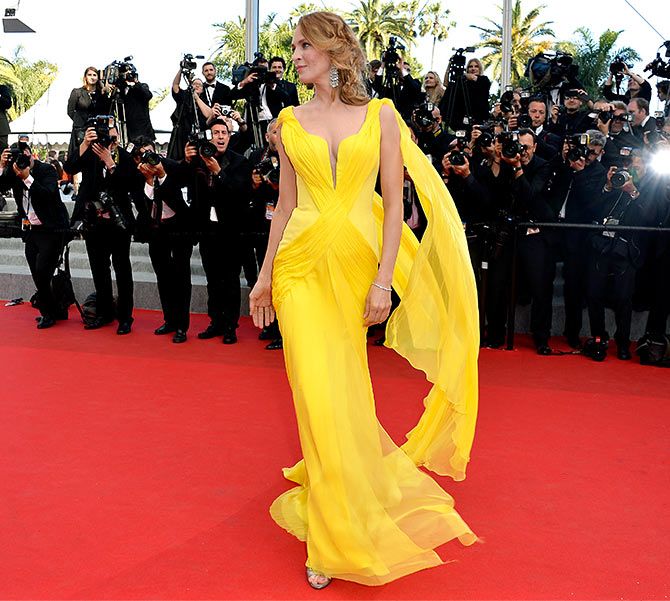 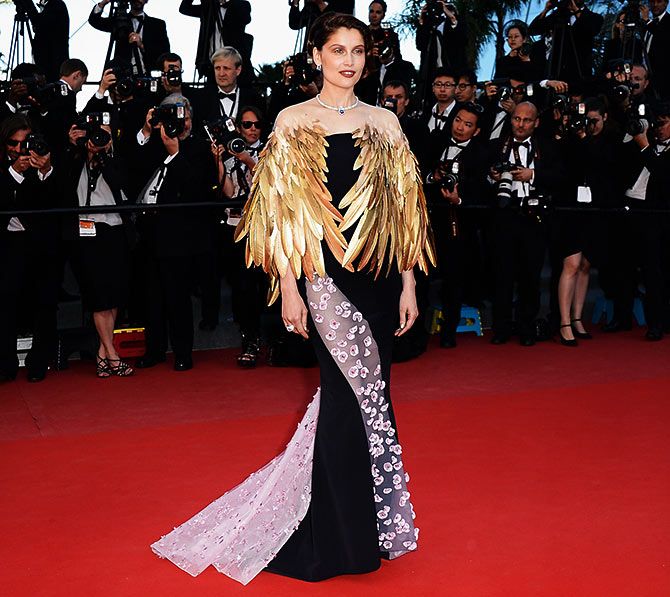 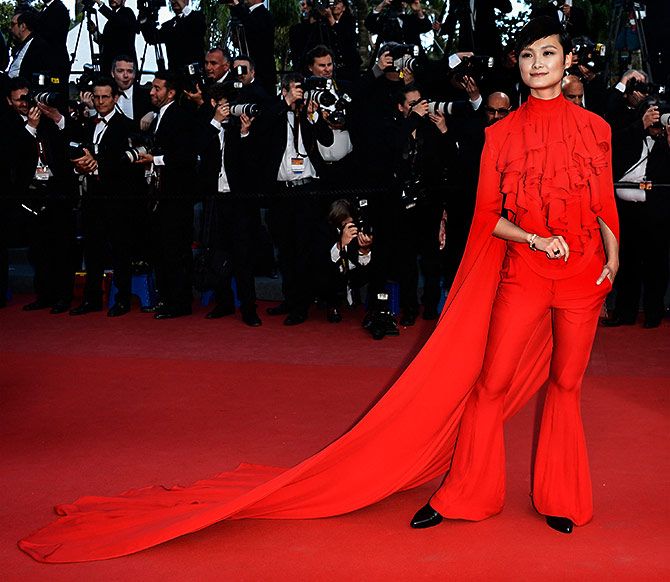 IMAGE: In 2013, Chinese singer and songwriter Li Yuchun proved that pairing a pant-suit with ruffles and a cape was not such a bad idea.
Photograph: Pascal Le Segretain/Getty Images 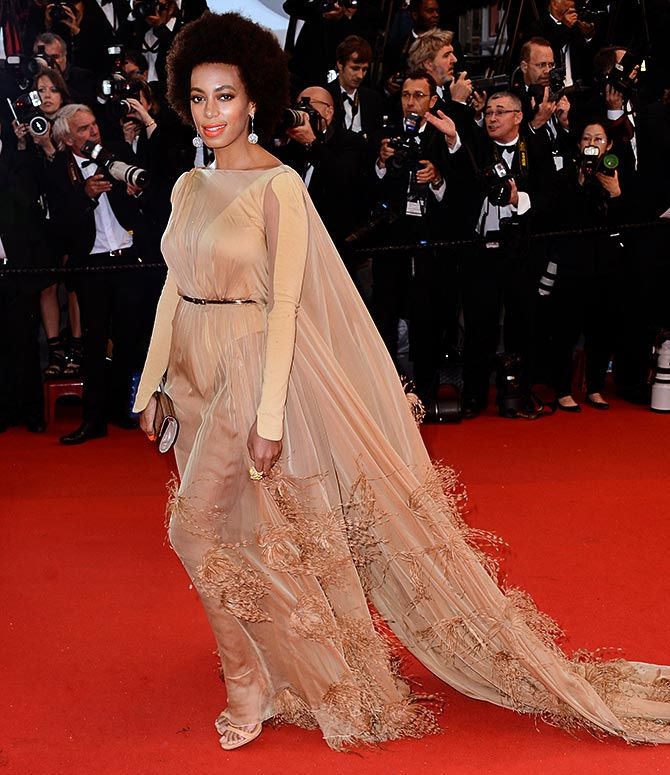 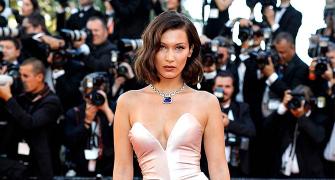 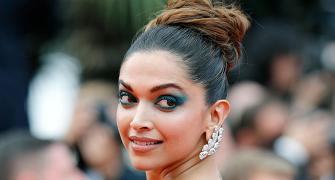